The Huawei Mate 30 Pro has just passed into the hands of iFixit experts for complete disassembly. The smartphone got a repairability rating of 5/10. It is, therefore, easier to repair than its predecessor, the Mate 20 Pro released in late 2018, and than many smartphones on the market.

As always, iFixit began by removing the back cover of the smartphone with a heat gun. “The back cover lifts up properly,” iFixit remarks already. Then the experts went to the extraction of the components placed directly under the cover, including the coil for wireless charging. This operation goes smoothly. This is already a good point for the Mate 30 Pro.

The same story during the extraction of the battery. Huawei has placed two tabs around it to facilitate the work of repairers. iFixit then attacks the quadruple-camera sensors. It is a more delicate operation but the experts have obviously not encountered any major obstacle. 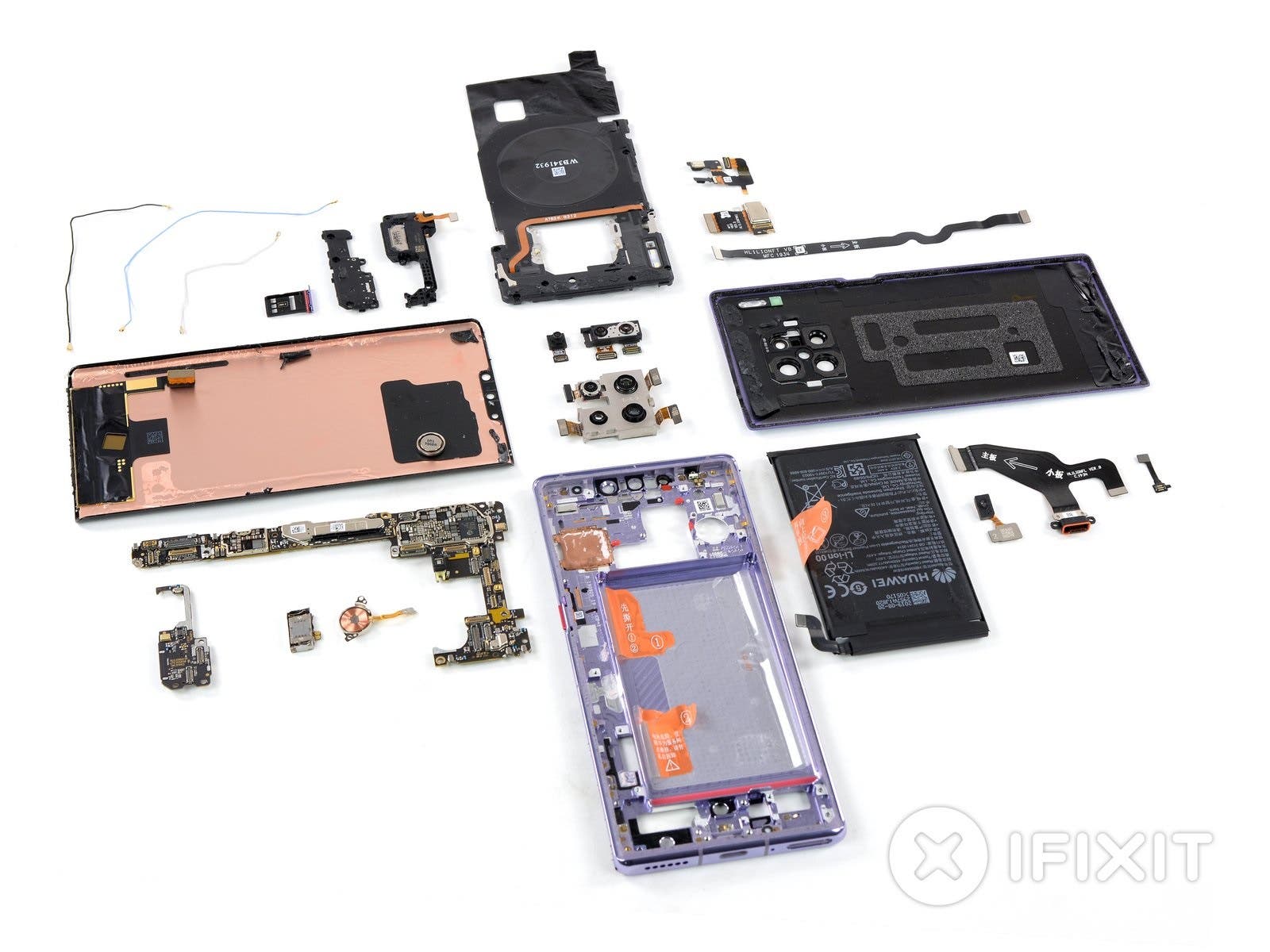 iFixit notes the presence of many modular components, such as the fingerprint reader under the screen, the USB-C port and the speaker. In case of failure, a repairer can easily replace the damaged component. “This phone is chock full of modular components and cutting-edge tech. For once, we can sort of understand why they didn’t make room for a headphone jack. (We’ll probably continue to gripe about that though.)”. says iFixit.

Unfortunately, there is some obstacles that complicate the disassembly of the smartphone. To remove the battery, it is especially necessary to get rid of several interconnecting layers. In addition, “it is necessary to disassemble a few components to replace it”
underlines iFixit, referring in particular to the camera. Finally, the front and rear faces are firmly bonded to the frame with an adhesive, which increases the risk of breaking the glass of one of the faces during disassembly.

Next Xiaomi Mi Mix 4 5G is coming, we have a new confirmation