Samsung released the Galaxy A80 will all its flagship-esque style and fanfare back in April. However, the smartphone only came to China in July this year. We can pretty much say that the A80 is Samsung’s most ambitious smartphone in the Galaxy A-series. Of course, it doesn’t come with a Snapdragon 8xx chipset but has a unique style that is missing in Samsung galaxy flagships. It has a full notch-less display, without notches or fancy punch-holes. To achieve this, the Korean firm equipped it with triple rear cameras that rotate to double as front-facing cameras. Samsung only released a single variant in China with 8GB of RAM and 128GB of storage, however, this will change soon.

According to the Chinese regulatory agency, TENAA, there’s a new Galaxy A80 variant with 256GB of Internal Storage coming. The newest version was recently added to TENAA’s database. The new version of Galaxy A80 (SM-A8050) was certified on the 12th of November. Apart from the extra 128GB of Storage, there’s no difference in the specifications. 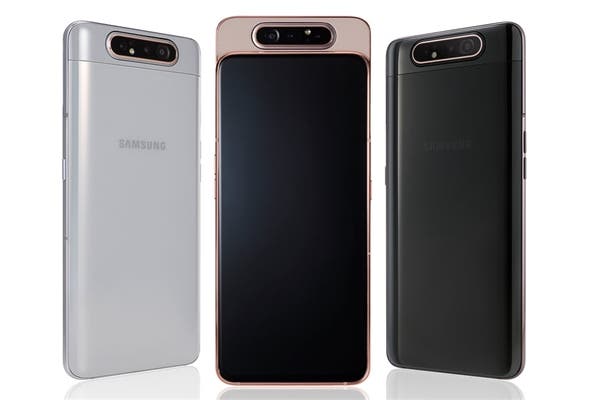 The Galaxy A80 ships with a Snapdragon 730G chipset and boasts a gorgeous 6.7-inch Super AMOLED display with a 1080 x 2400 resolution. Just like the great majority of mid-range devices in 2019, the handset also features a 48MP shooter on the back. The main sensor is paired with an 8MP ultrawide camera and a TOF 3D camera. Moreover, it boasts an in-display fingerprint scanner and uses the Sound-On-Display feature rather than a traditional speaker.

The smartphone draws power from a moderate 3,700mAh battery with 27W fast-charging on board. There’s no 3.5mm headphone jack, but you still get NFC functionality. It ships with Android 9 Pie-based One UI, and of course, is eligible for Android 10 in the next year.