There was so much anticipation to the arrival of Google Stadia. However, when it finally officially announced the starting lineup, there were only 12 games much to the disappointment of fans. Google promised that more games will be available before the end of the year. After the release of the cloud game platform, Stadia’s starting lineup has been ruthlessly ridiculed, and now Google announced that it will increase the number of starting games. The Google Stadia cloud gaming platform will be officially launched tomorrow. Google has decided to change its plan to increase the starting lineup from 12 to 22. 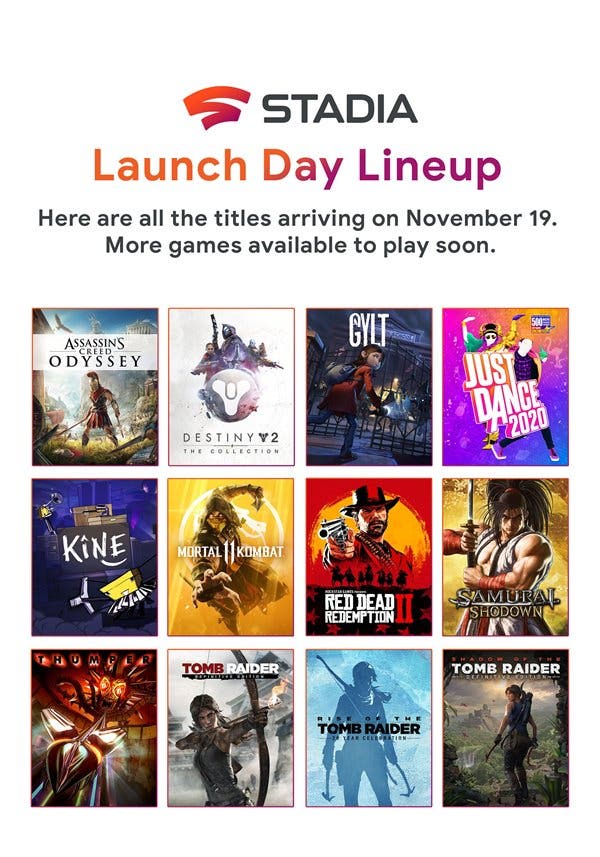 The 10 new games added today are:

Google Stadia is priced at $129 and includes a handle, a Chromecast Ultra, and a 3-month Pro membership. Pro members will also receive free games every month.

What to expect from Google Stadia

Google Stadia is a gaming subscription service that promises to offer a panoply of games for a monthly fee. This fee will be $9.99 and all you need to play is an internet connection of at least 10 Mbps. The great advantage of this service is that you do not have to worry about game processing. This task will be performed on Google’s servers. It means that you will have access to your games either on your PC, smartphone or TV. Unfortunately, only select countries are part of the initial lot where Stadia will be available. Nevertheless, more countries will join with time

Next AMOLED Screens Will Dominate the Smartphone Market in 2023