According to recent information, Chinese manufacturer, OnePlus, is now pushing the Android 10 update for OnePlus 7 Pro. A recent user feedback on Weibo claims that OnePlus 7 Pro is now receiving the Hydrogen OS 10.0.1.GM2 update. This system is on top of Android 10. OnePlus founder, Liu Zuohu, liked the Weibo post which suggests that this update is not a small-scale test, but a large-scale push. In addition, Chinese users of the OnePlus 7 Pro can also expect this update anytime soon. 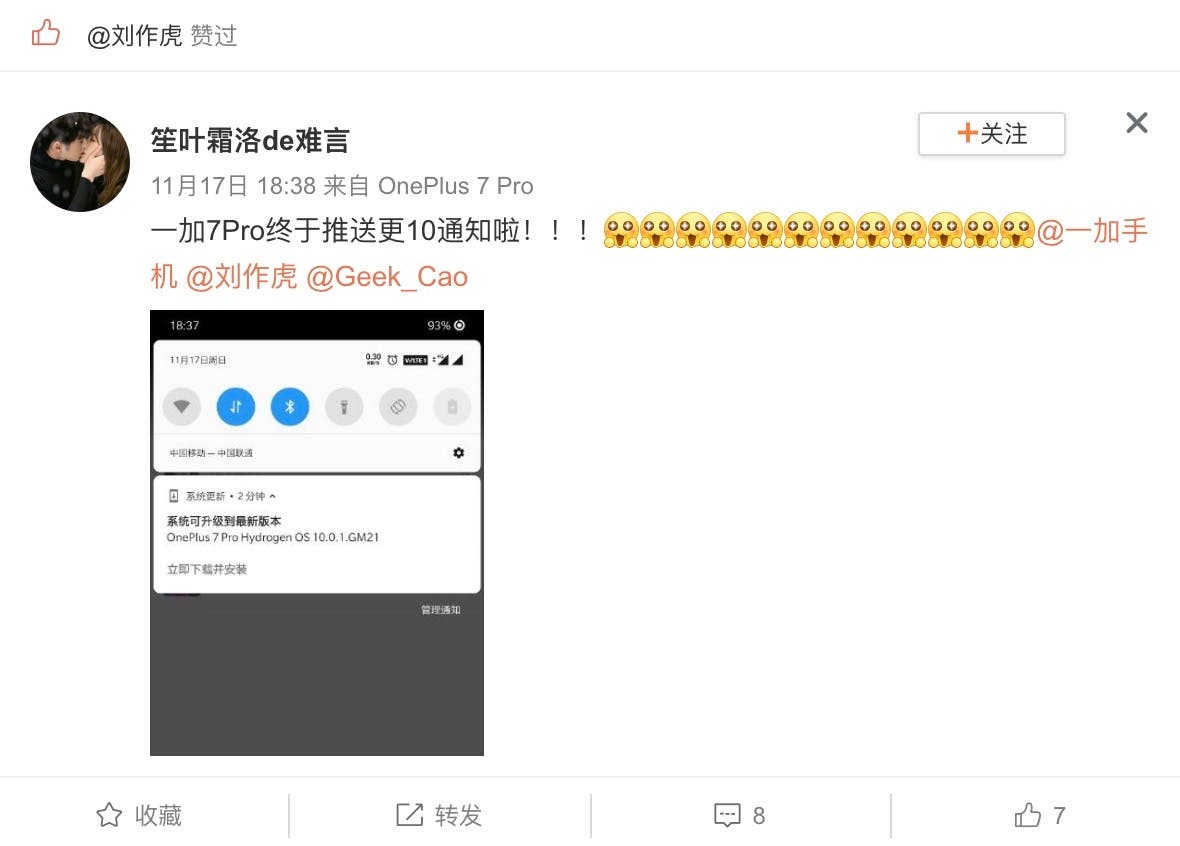 OnePlus 7 Pro uses a 90Hz QHD+ Fluid AMOLED fluid screen, which is the first 90Hz screen from Samsung Display and OnePlus. According to the official introduction, the “90Hz” represents the screen refresh rate. The higher the value of Hertz, the smoother and more natural the screen.

In addition, this smartphone uses RAM Boost, so that the popular APP becomes a VIP, and it is easy to use. Its UFS 3.0 flash memory is standard and it accelerates the performance of the entire system.

One of the most favorite features in the high-end flagship smartphones of the moment is the 90 Hz screen. The 90 Hz refresh rate came as a breath of fresh air to the high range and in 2020. We expect it to be standardized for all companies. The 90 Hz screen is more than confirmed for these devices for the OnePlus 8 series giving that the OP 7 series uses this display. However, there are speculations that the OP8 series might extend it to 120Hz.

Next Samsung's new patent use a super rounded touch display

OnePlus 10 Pro will come with a 10x Periscope Zoom Lens