In the first quarter of next year, we expect the Samsung Galaxy S11, S11 Plus, and S11e. In addition, Samsung seems to be working on a new high-end smartphone series, called the Galaxy One. Recent trends over the years show a preference for minimalist screen edges. This gives the user an extra-large display surface without increasing the overall dimensions of the device. The first example of this is the Vivo NEX 3 5G, the first device with a so-called waterfall display. The curved screen extends all the way to the side. Another example of innovative screen technology is the Xiaomi Mi Mix Alpha, a smartphone with a so-called Surround Display that runs all the way around the housing. However, Samsung’s new patent seems to be going to a new level

Samsung has been producing smartphones for years with edge screen, or a rounded screen. Since the company develops its own screen technology, you can assume that Samsung will also introduce a new type of display in the near future. According to a new patent, the Korean company wants the screen to continue not only on the sides but also on the top and bottom, creating a kind of 3D display. In addition, it has additional controls on the rounded touch screen. This is somewhat similar to the side-touch functionality of the Huawei Mate 30. 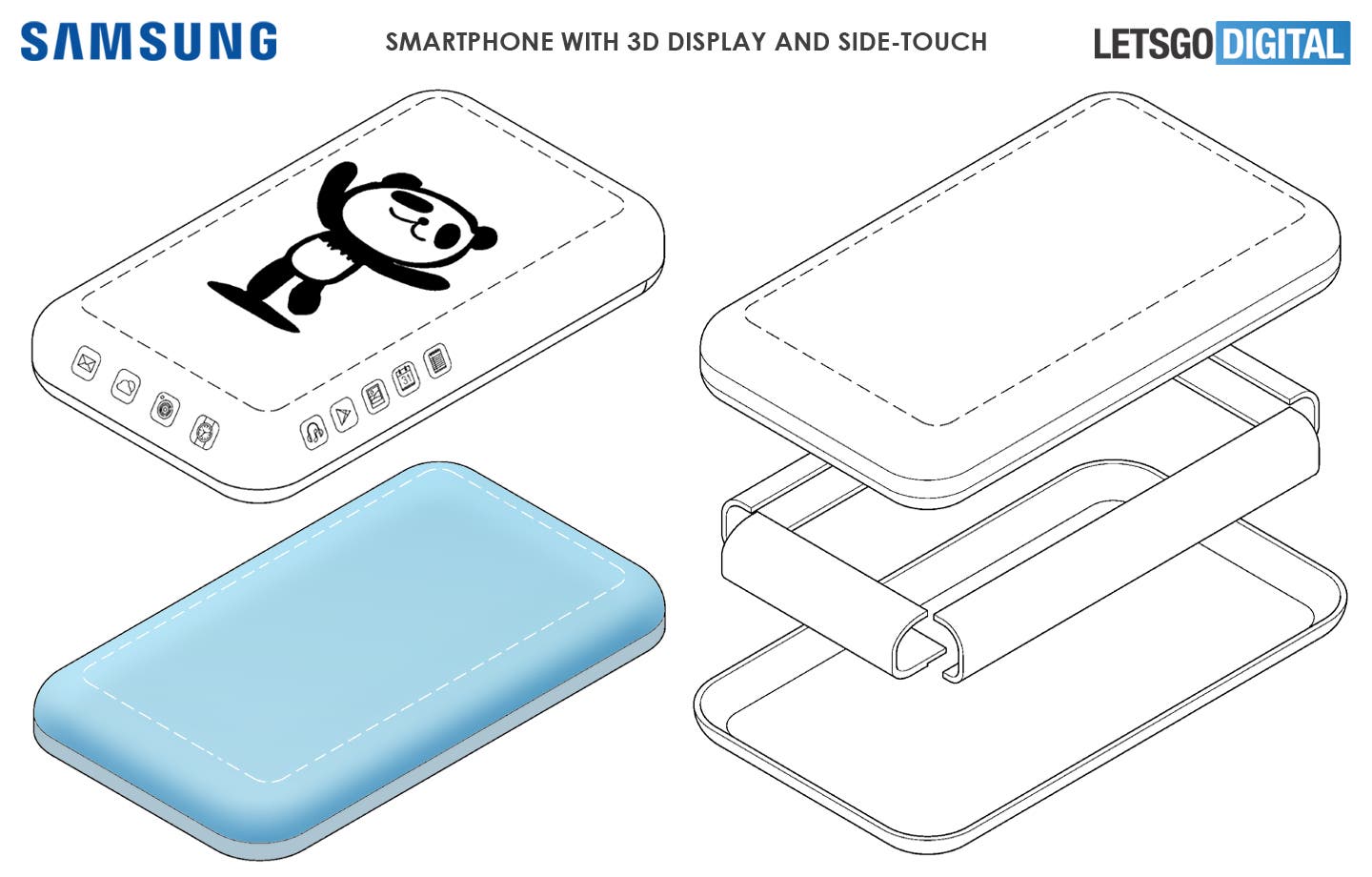 On March 14, 2019, Samsung Display applied for a patent at the USPTO (United States Patent and Trademark Office) for a ‘display apparatus and portable terminal’. The publication of this relatively new patent took place on November 7, 2019.

From Samsung’s new patent images, this a smartphone uses a flat-screen that curves to all sides of the device. As a result, this Samsung Galaxy smartphone has an extra-large display surface that covers almost the entire side of the device.

Three of the four sides show a 90˚ angle. Only at the bottom is a slight bend applied, which, incidentally, extends just as far as the other three sides. In addition, an antenna is incorporated in the display on both the top and bottom. Content can also be displayed on the curved display parts in the form of operating icons. As usual, this is only a patent and there is no guarantee that such a smartphone is ever hitting the market.

Next New Zealand back-track its position on Huawei's 5G