Fitness trackers have recently gone mainstream (especially amongst millennials) with many big companies like Xiaomi and Honor offering some great products at affordable prices.  That’s why we’re also seeing new companies jump onto the category. We’ve got our hands on the PlayFit 53 this month, a fitness band from a New Delhi-based startup, Play, which has other products like smartwatches in its kitty as well. We’ve reviewed it and we’ll be telling you how the band fares in day-to-day use as well as its pros and cons and also our final thoughts on whether it is a good buy at the end of the review. 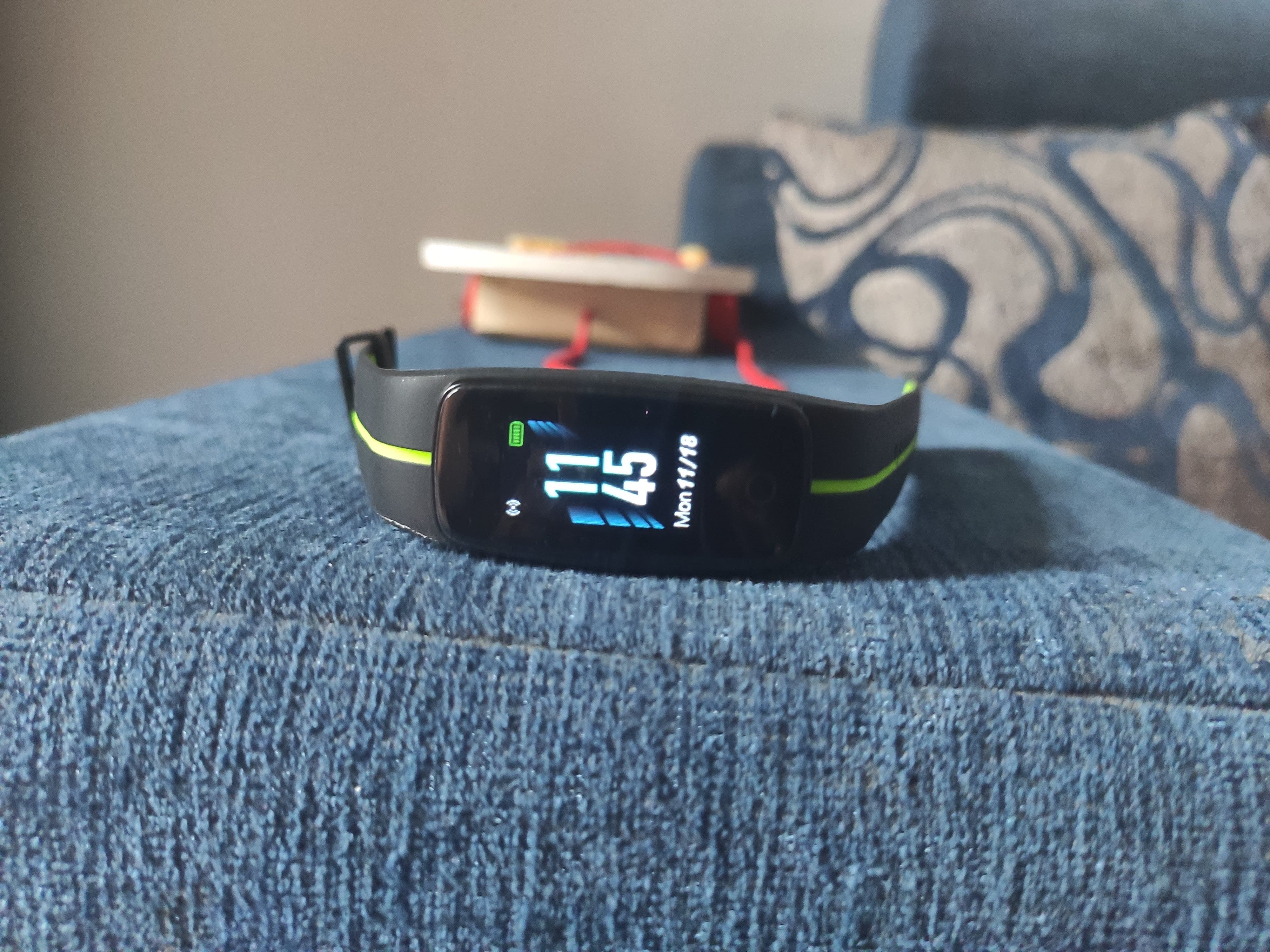 First off, let’s get the specifications out of the way. 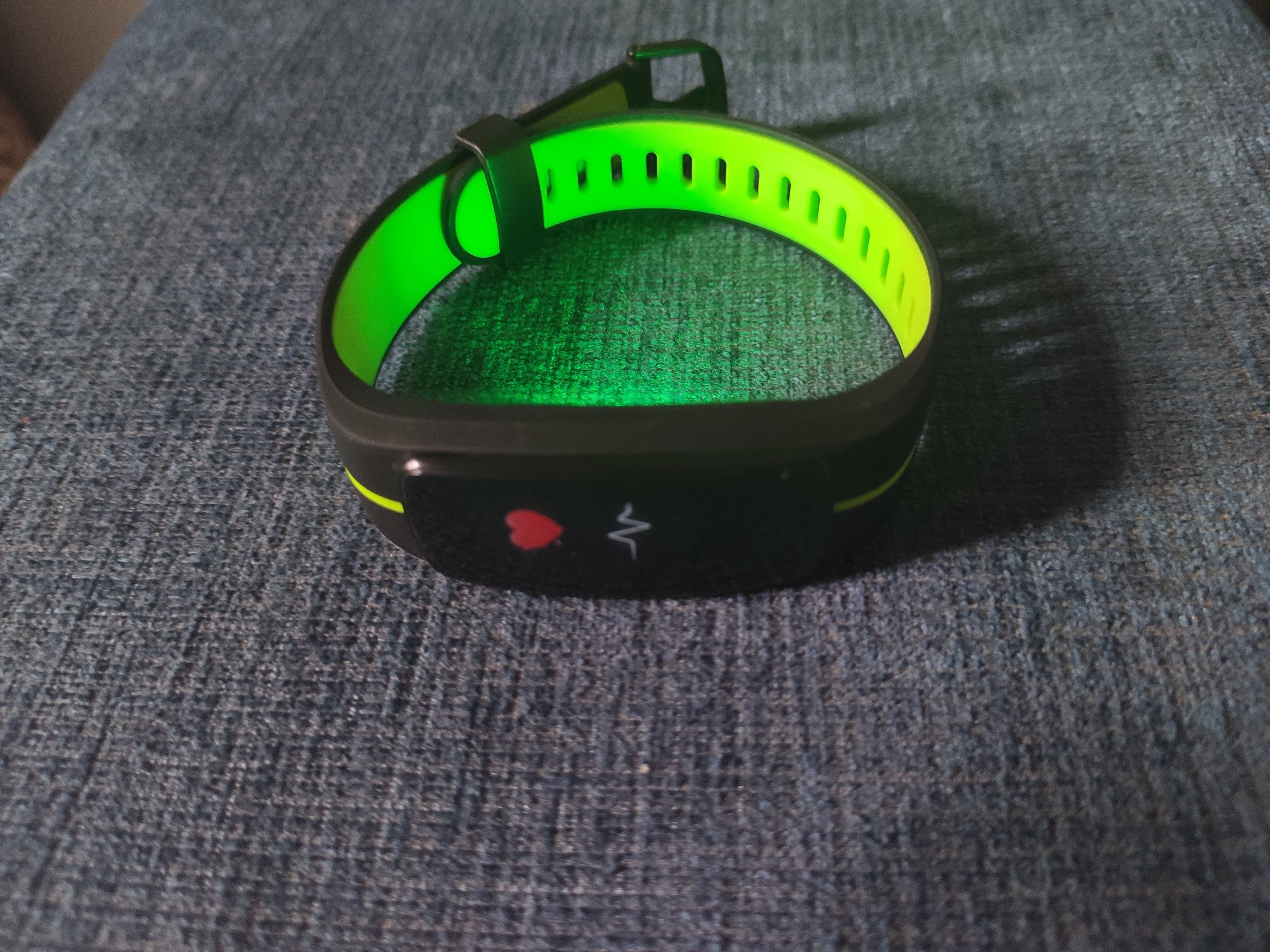 When it comes to design, the PlayFit 53 is a decent product. It’s got an overall sturdy build and the straps have a very nice feel to them that adds to the comfortability factor. It’s flexible and won’t make you sweat underneath the grip as some other materials do. However, the band’s chassis materials don’t feel very premium. It does have a subtle curved design to it which does make it sit well on your wrist.

The display itself supports touch and colours too which is nice to see but the outdoor legibility isn’t very good as I found a lot of glare on it. In terms of size, the display almost as big as the Mi Band 4 and it has a capacitive button at the bottom.

Connectivity is quite simple really. Users will just need to install the Play app and sign in to the app. Once that’s done, it will require some general personal details such as age, gender and it will be good to go.

The PlayFit 53 has a touch-based UI and supports both iOS and Android devices. It’s simple in terms of navigation which you expect anyway on these small screens. The home screen of the band has a basic layout where the essentials can be seen. There’s a raise-to-wake feature but it didn’t work well enough for me or it was rather slow to do so. I had to resort to the capacitive button many a time to light it up. Apart from that, you get training modes, alarm, music control, remote camera control, stopwatch and all the basic stuff you usually find in fitness bands.

The band also supports notifications for a select few apps including the big ones that matter most like WhatsApp, Twitter, Facebook, Instagram, and others. The band vibrates to calls and messages, although I must admit a screen like this isn’t ideal for social media notifications. Also, I did face difficulties in receiving app notifications many a times while SMS arrived promptly and regularly. Perhaps, there are bugs that Play still has to work on.

But the band is mostly targeted at fitness enthusiasts and it has 14 types of activities that can be tracked including yoga and badminton besides the other common ones like walking cycling, running, and others. This is where the PlayFit 53 does its job and tracks activities well. We didn’t get the chance to do all of them but the ones like running and walking are tracked quite well.

Fitness bands usually have longer uptime on a single charge compared to smartwatches and the PlayFit 53 can last you a full week with one juice-up. And it doesn’t need a separate charger as the capsule attaches to any USB adapter. Just take it out of the strap and hook it to any of your recent smartphone chargers and it will be charged soon. As a relatively new company in the fitness band space, PlayFit has done a satisfactory job with the PlayFit 53. It does lack a better display quality, some features like accurate notifications, and better build materials which are offered by other brands like Xiaomi and Honor. However, those also cost a bit more and hence if you want a fitness band beneath the Rs 2,000 mark, the PlayFit 53 is a decent option to consider.

Next TikTok has been downloaded 1.5 billion times