Launched in September 2016, the Tik Tok app is a delight for hundreds of millions of users around the world. According to Sensor Tower data, TikTok has already been downloaded more than 1.5 billion times, with 614 million downloads in 2019.

On the distribution side, TikTok is particularly popular in China and India. With no less than 277.6 million downloads on this territory in 2019. According to various analysts, the application would have already returned more than 175 million dollars. To its creators via the App Store and Google Play Store. This revenue has largely come from China (48.3%), with the U.S. (35.7%), and the U.K. (3.9%) coming in second and third position. A massive $115.3 million of the $175 million was got this year alone. 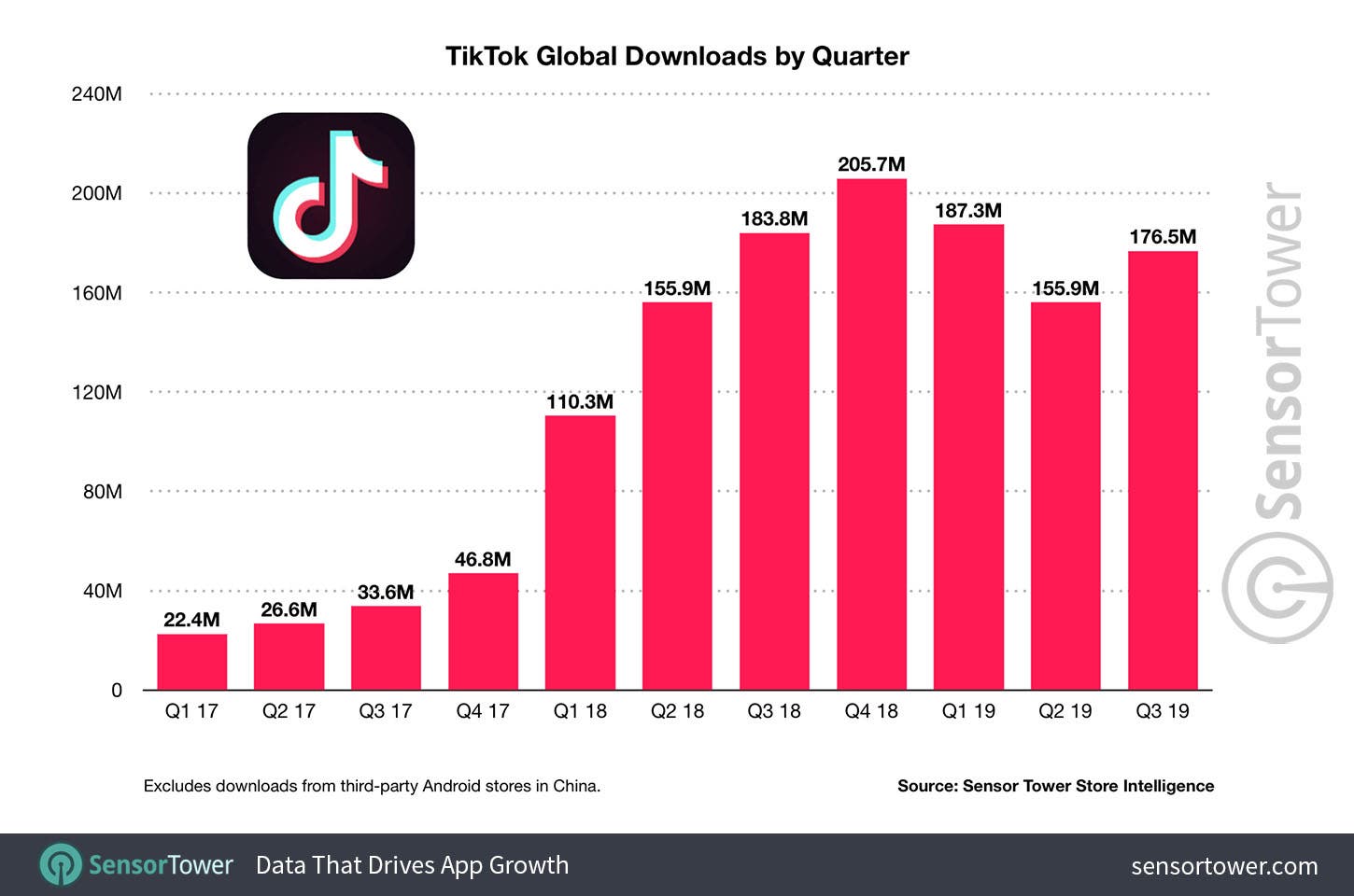 TikTok at the top of iOS and Android downloads

In terms of its position in the rankings, Sensor Tower estimates that it sits in third place which is pretty remarkable when we look at the surrounding apps. In first and second place is WhatsApp and Facebook Messenger, while in fourth and fifth place is Facebook and Instagram. What it seems to be suggesting is that Facebook’s seemingly impenetrable grip on the social media landscape is finally starting to weaken somewhat.

Recall that TikTok is also at the heart of various controversies, including having an accusation of collecting personal data of minors. The company was sentenced in the US at the beginning of the year to a fine of 5.7 million dollars. 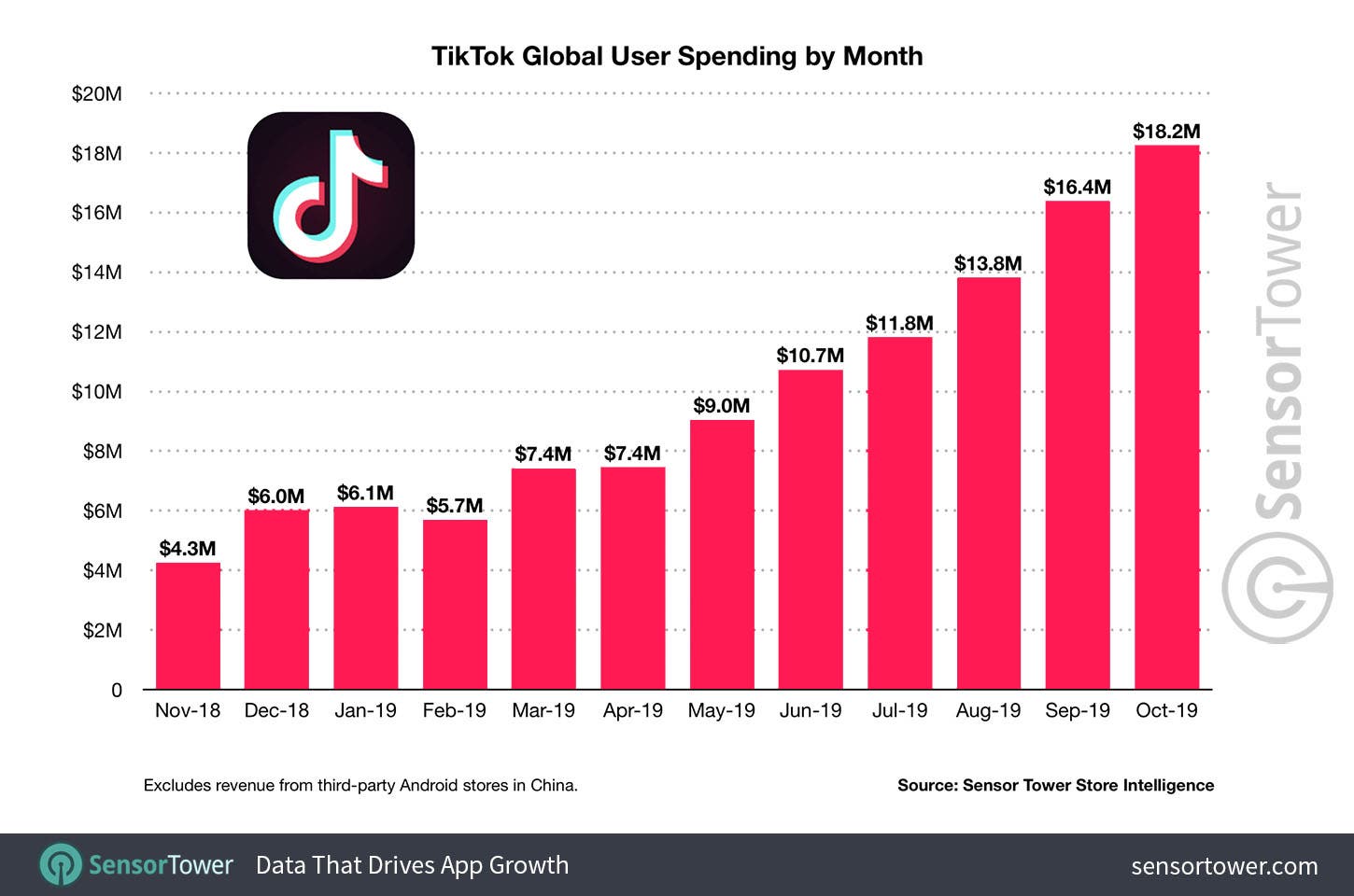