More than half a year ago, we began to hear about a new fast-charging system developed by Xiaomi that reached 100W of power. Along with these statements, we saw a demonstration video that showed us the speed of this charging system, which left us crazy. Well, it has been almost 8 months since that time and today we see a promotional image of Xiaomi that shows us the name of this technology: Super Charge Turbo, which in a way confirms that it already has it ready to be marketed.

Currently, the fastest charging phone on the market is the Oppo Reno Ace, which uses a 65W charging power. There are other devices related to this brand that also have so fast charging systems, such as Realme, which with its X2 Pro reaches 50W of charging power. Well, Xiaomi wants to overcome Oppo’s technology and offer a charging power with a big difference and for that, it will use its 100W fast charge.

A new publication on Weibo reveals an official image that shows us the name of Xiaomi’s new fast-charging technology: Super Charge Turbo. We are talking about a 100W power charging system. Superior even to the vast majority of charging systems that we see in laptops. With the appropriate charger and the appropriate phone, we can charge a 4,000 mAh battery in just 17 minutes. What do you think? Just over a quarter of an hour to have a battery of more than one day of use. 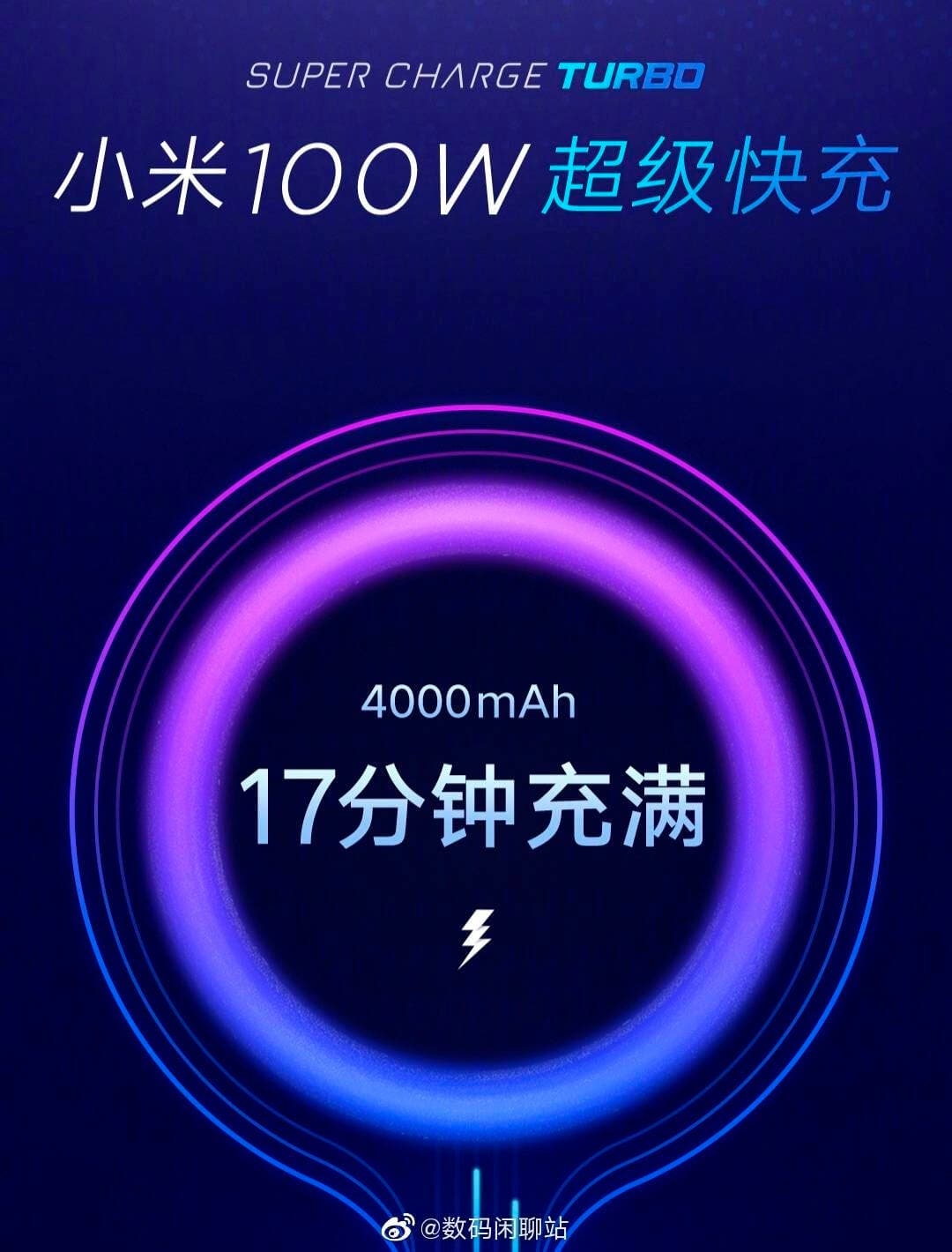 We have left you the demo video that, that we saw months ago where this charging system was tested. In it, we can see that even the charging animation corresponds to the drawing. That accompanies the promotional image of the 100W fast charging of Xiaomi. We know that many of you will be thinking about battery degradation. But as we usually say, the battery used will be prepared to withstand such charging power. 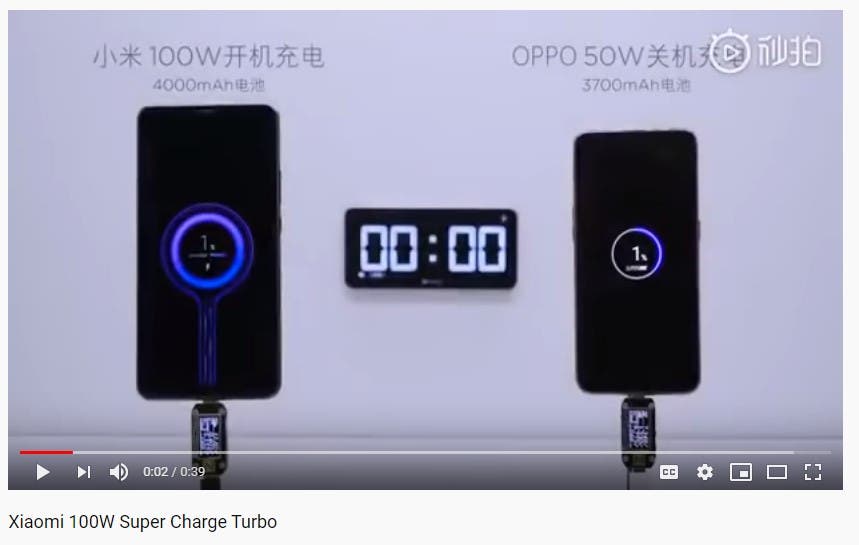 Now it only remains to see what is the first phone to release with this fast-charging system. Everything indicates that the Xiaomi Mi Mix 4 will be chosen to do so. Anyway, Xiaomi usually tends to publish this type of information little by little. So we should not know the phone that will receive this feature yet.