It seems like Huawei is working on another budget smartphone dubbed Huawei Y6s expanding its portfolio. Earlier this year, the smartphone maker launched the Huawei Y6 device. The upcoming smartphone is going to be a variant of the previously-launched Y6. Thanks to the folks at Android Headlines, we now have the leaked render images of the device which reveals few key aspects of the device. As per the leak, the smartphone is said to come with a codename “Jakarta”. 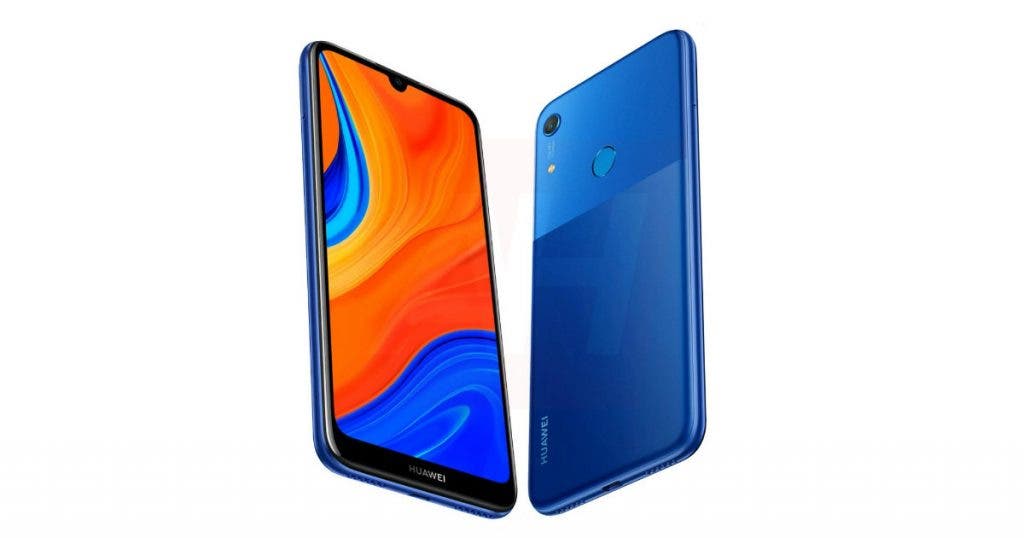 As you can see from the leaked render images, the device comes with a Pixel-like dual-tone design on the rear. In fact, this is the first budget Huawei smartphone to opt for such a design language. At the back, you can also see a single rear camera along with an LED flash and a fingerprint sensor. On the front, there is a waterdrop notch that houses the single selfie camera. There are few bezels on the side while the chin is relatively thicker. The sizeable chin features the company’s branding. This leaked render image seems to be a part of promotional material. As of now, the leak reveals only a single Blue color option.

Even though the device is still quite new at the rumor mill, we still have a few key specifications at our hand. The smartphone will feature a 6.1-inch HD+ display on the front. There is no information on the powered chipset while the device will pack 3GB RAM and 32GB internal storage. The internal memory will be expandable via the MicroSD card slot. Furthermore, there is a 13MP primary sensor on the back. Apart from all this, we don’t have much information on the device. Although we are expecting more pieces of information to come forward in the coming days.