According to FCC certification, the “SM-G770F” mobile phone has a size of 160 x 75mm. It uses a 6.7-inch Super AMOLED Infinity-O display. This smartphone comes with a triple rear camera setup. The rear camera configuration includes a 48MP main sensor as well as a 5MP and 12MP sensor. On the front, we have a 32MP shooter and the battery capacity of this phone is 4370mAh. 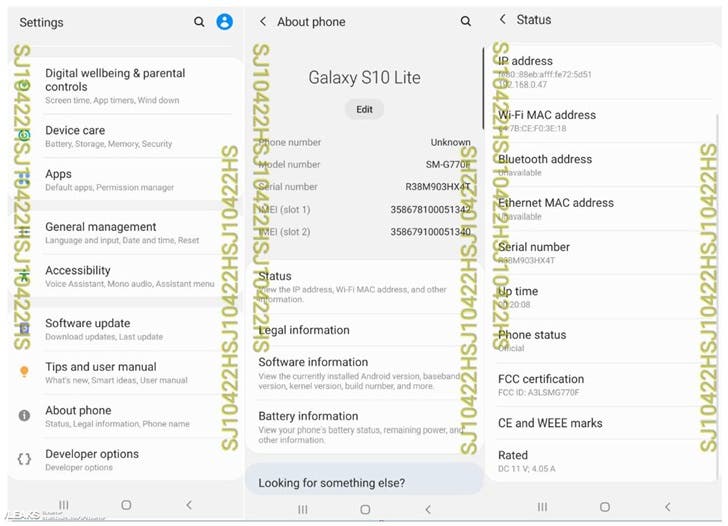 According to its recent appearance on the GeekBench database, the new Samsung “SM-G770F” has a single-core running score of 742 points while the multi-core running score hit 2604 points. This confirmes that the Samsung Galaxy S10 Lite will come with a Qualcomm Snapdragon 855 processor. In addition, GeekBench also reveals that it will have at least 8GB of RAM and will run on Android 10.