These days we are gathering enough information about the successor of the Redmi K20. The network is flooding with many leaks of the Redmi K30 smartphone, which would be known also as the Xiaomi Mi 10T and, it seems, could reach stores even before the Xiaomi Mi 10 that would be the flagship of the firm for next year.

In the last hours, we have talked about the fact that the smartphone could boast 5G connectivity. And a 120Hz screen with a dual punch-hole for the selfie camera like the Samsung Galaxy S10+ that would house a double front camera. Precisely these are some of the specifications of the mobile phone that are now confirmed. With the publication of the first real images of the Xiaomi smartphone.

The company has already made official that this Redmi K30 will be the first Redmi 5G smartphone. And the image that accompanied such announcement confirmed that the phone would sport a double front camera in the screen hole. Now, this design is confirmed with the leak of these real images that, at the same time, make it clear that the next flagship of the firm will have a screen with a high refresh rate of 120 Hz.

The two images that appear above show the phone working with MIUI 11. Mentioning the name of the device as Redmi K30. And replicating the same design that we have seen before in the first teaser of the firm. The second image confirms the characteristics of the screen of the device. Because they allow you to alternate the refresh rate of the display between 60 Hz and 120 Hz of which we talked earlier.

More interesting is, without a doubt, the last image of the mobile. Because it advances much of the features of the smartphone. Mention is made of screen dimensions of 154 x 70 mm. As well as a FullHD+ resolution of 2400 x 1080 that end up resulting in a density of 392 ppi. 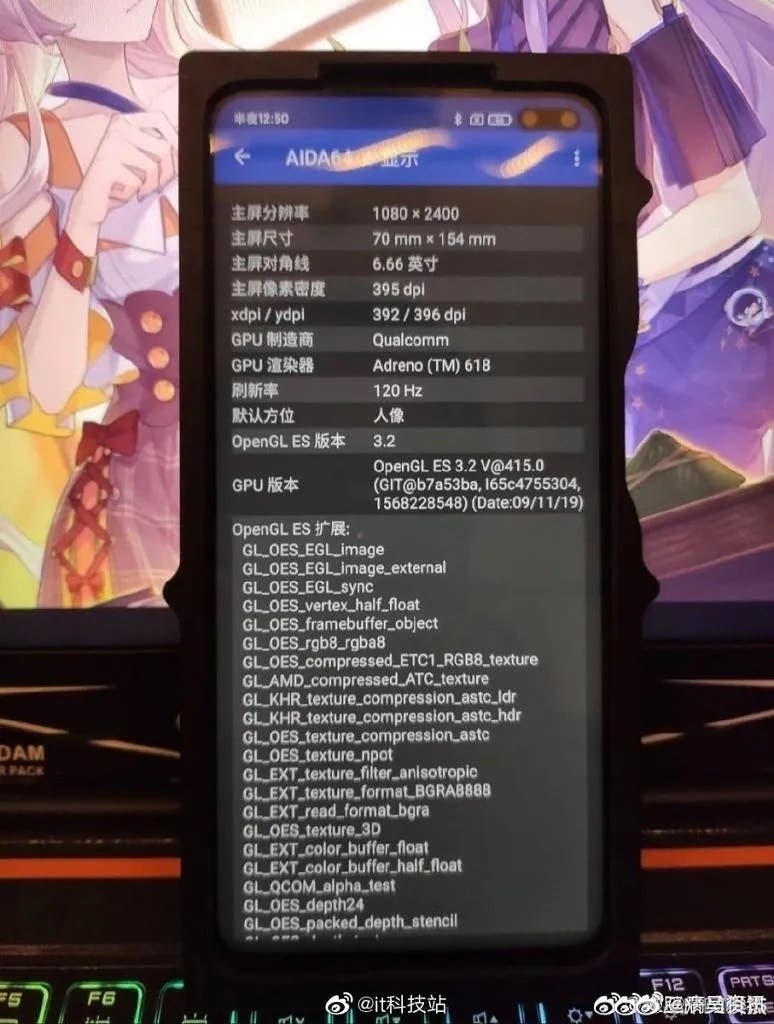 In addition, in this technical sheet, it mentions the presence of an Adreno 618 GPU. Currently, this graphics chip is only in two processors. So it is quite logical to think that the Redmi K30 would have the Qualcomm Snapdragon 730 or the Snapdragon 730G inside as a CPU.

We expect the mobile to see the light in the first quarter of next year.