Counterpoint Research released a report for India’s online smartphone market performance in the third quarter of 2019.

As the report showcases, due to a few factors such as festivals, India’s online smartphone market sold 46% of all shipped smartphones in the country in the third quarter. This is a new record in this market’s history. 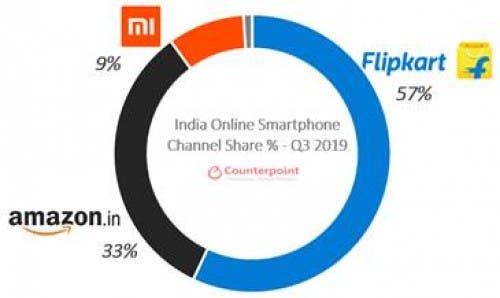 And though Xiaomi’s online channel ranks third, this brand still continues leading the overall smartphone market in the country. Its market share is as large as 38%. Another Chines brand Realme ranks second. It was 4.5 times higher than in the same period last year. Samsung ranked third due to its new M-series phones. The fourth place is occupied by VIVO. But the latter also ranked first in the low-end smartphone market. Surprisingly, OnePlus ranked fifth. As you should know, this brand designs only top-end models. India is considered to have many customers with low income. So initially it was assumed high-end smartphones won’t succeed here. But the high-end market in India grew by 79% year-on-year.

As you see, there are many Chinese brands. And Samsung is fighting against them alone. But where is Huawei?

Next Mi Note 10 could launch soon in India, as per a report