We’re probably several months ahead of the Galaxy S11 series debut. That if we follow Samsung’s usual schedule that coincides with MWC. However, considering the number of leaks that are popping out, we wouldn’t be surprised to see an early release for them. Today, the Galaxy S11+ has emerged in a couple of high-quality renders. These renders are a courtesy from Steve Hemmerstoffer (@OnLeaks) in partnership with CashKaro. After the Galaxy S11e and S11 renders became public, we knew that the most expensive version would also pop-out.

As you may expect, these renders are based on CAD drawings and they show that Samsung will once again adopt the Galaxy Note10’s display design for the S11 Plus. It’s a curved display that seems to be a Dynamic AMOLED panel with a small punch-hole for the selfie snapper in the middle. According to rumors, the Galaxy S11+ will come with a 6.9-inch display. 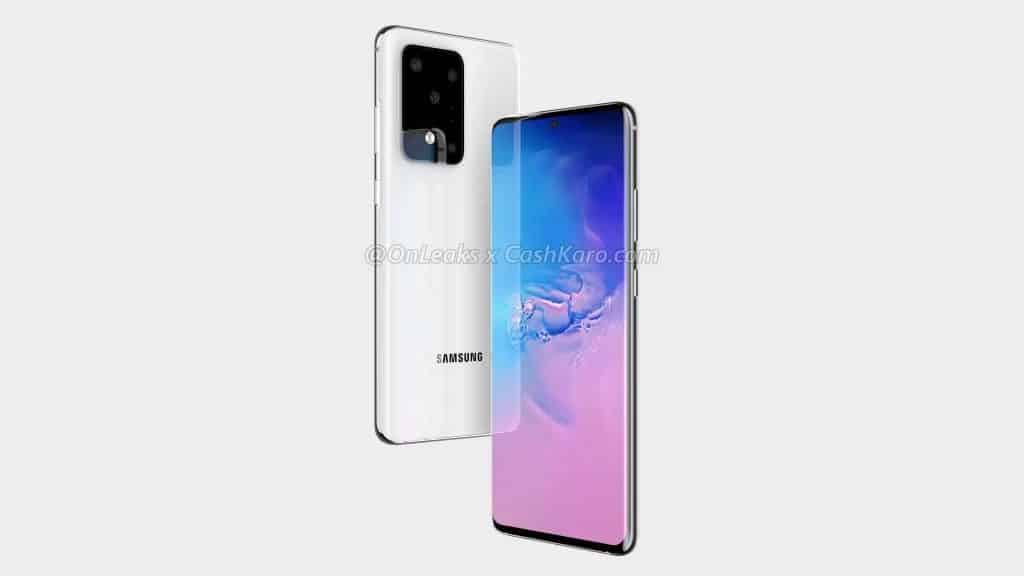 Around the back, we have one of the most noticeable changes in the Galaxy S11 series. Did you remember the rectangular camera island that debuted with the Galaxy M30s? Well, it seems that Samsung will be taking it as one of its identities in the next year. To further state this new design language, the South-Korean firm will equip the S11+ with a Penta-Camera setup fitted inside the same black-housing-huge-bump.

According to rumors, one of the sensors is Samsung’s 108MP module which really takes space. The other four sensors will probably drive all the features supported by the Galaxy S11+. According to recent leaks and trademarks, Samsung will take a step forward in photography with the new flagships. The S11+ also boasts a USB Type-C port at the bottom alongside a grille for the speaker and the primary microphone. On the top, there is another microphone while the right side is home to the volume and power buttons. As we can see in these renders, the audio jack will be gone in Samsung’s 2020 flagship series. The phone’s dimensions are given as 166.9 x 76 x 8.8 millimeters (10.2 millimeters including the camera bump). 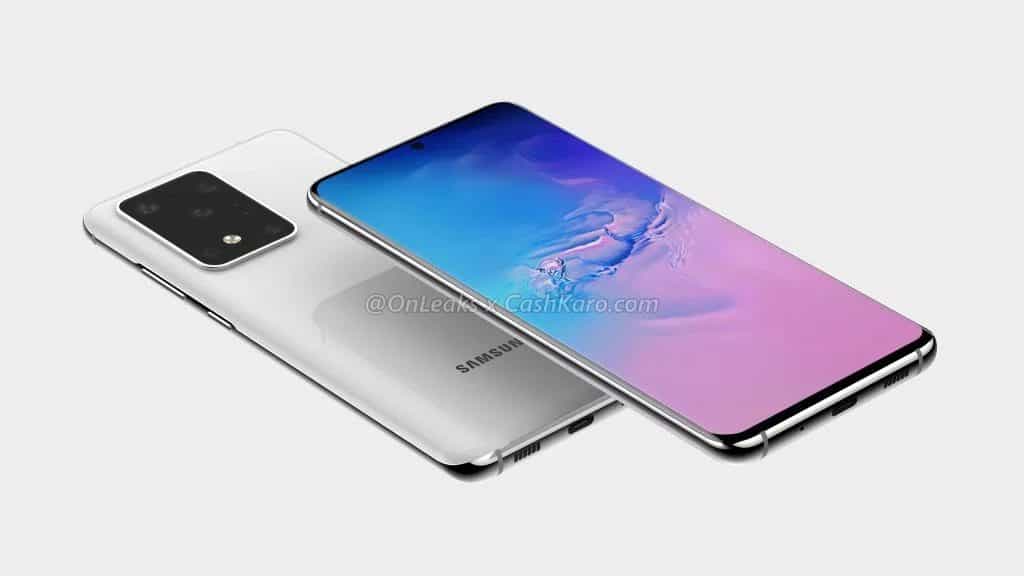 The bigger smartphone will boast either the Exynos 990 or Snapdragon 865 depending on the market. Moreover, it should sport a 120Hz display and a huge battery with support for fast-charging and fast wireless charging.