Honor released a plethora of new products in China including the Honor Magic Watch 2 and the Honor V30 series. Besides the new product launch, the company also came with good news for Honor smartphone owners. After all, nothing better than showing that support for current products won’t be affected by the arrival of new ones. The company revealed the list of devices getting the Android 10-based Magic UI 3.0. 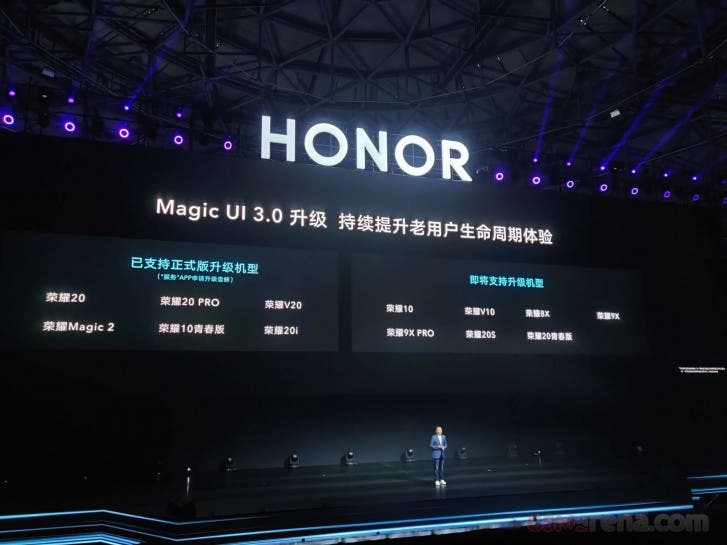 Magic UI is Huawei’s firmware branch for Honor smartphones. While the company ships EMUI for the Huawei smartphones, it has decided to deliver a different firmware vision to owners of Honor devices. When it comes to Magic UI 3.0, besides the new Android version it also introduces optimization of the lock screen and the notification panel with AI technology. Moreover, there is a brand new system-wide Dark Mode and improvements with PC’s connectivity. Last but not least, Huawei brings support for Hicar. It’s a Huawei solution for competing with Android Auto and Apple Car Play.

The list of smartphones eligible for Magic UI 3.0 update includes Honor 20, 20 Pro, 20i, V20, Magic 2, and 10 Lite. Some of them already received the update or are currently receiving it. In the future, the update will also reach Honor 10, Honor V10, Honor 8X, Honor 9X, Honor 9X Pro, Honor 20s, Honor 20 Lite. Unfortunately, the company didn’t give any specific date for the update rollout. However, it should come gradually in the coming months.

Next Honor MagicBook 14, 15, official, will be released globally