Currently, there are various types of smartphones on the market. And each of them wants to come up with its own innovations. As a result, the competition grows and buyers find it difficult to choose. In the past, smartphones with three camera sensors were quite popular. Then, they came with four cameras. This year, a few brands released smartphones with up to 5 camera lenses. And now we are waiting for the release of six camera smartphones. As you guess, Sony will be among the pioneers. The Sony Xperia 0 is said to be on the way. 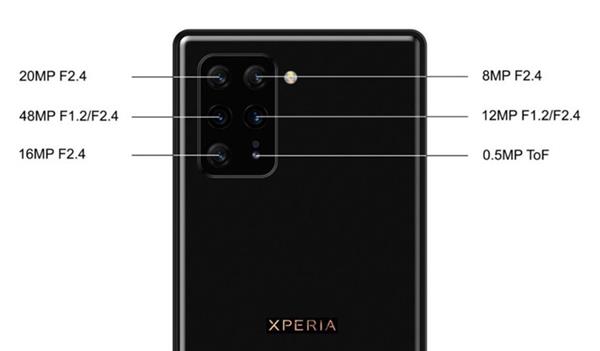 First of all, as early as June of this year, there were rumors about a new flagship Sony Xperia smartphone. Many sources mentioned the upcoming handset will have up to six camera sensors. According to these rumors, the flagship will be called the Sony Xperia 0. The latter will support the 5G network and will be released next year. As for now, many sources are claiming this news.

Also Read: VIVO V17 PRO WITH A HEXA-CAMERA DESIGN TO COME ON SEPTEMBER 20

Undoubtedly, the main sensor is considered to be the Sony IMX586 CMOS with a 48MP resolution. The other five lenses are still unknown, but we guess they will be telephoto, wide-angle, super wide-angle, and black and white lenses.

In addition, this new Sony Xperia 0 smartphone will also use a 21:9 ratio screen display. Plus, it will support the 90Hz refresh rate and 4K resolution.