From time to time, Mark Zuckerberg’s social networks break down, affecting millions of users. Instagram, Facebook and WhatsApp have been unsteady on their services today. The most-reported problem is the lack of platform access and photo uploads.

Meanwhile, Facebook Messenger and even WhatsApp appear to be affected. The problem is causing a snowball effect as all services are owned by the same company and usually when one is affected, the others are affected as well.

Geographically, most reports are coming from Brazil which is the most affected area in relation to these problems.

Facebook has not yet acknowledged this but is likely to eventually make some kind of statement on Twitter (ironically, the only problem-free social network at this time). As for the cause, it is unknown so far but we can look at previous incidents. 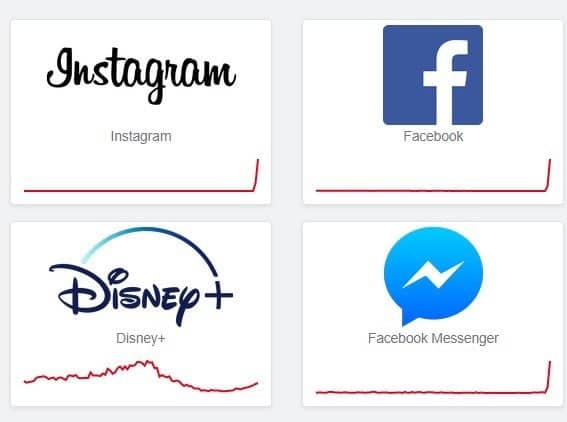 A few months ago, there was a similar overall glitch, affecting more sites than Instagram, Facebook, and WhatsApp. The flaw was caused by Cloudflare, a platform that securely distributes content across the internet.

However, so far it seems that more sites than Facebook have not been affected. Therefore, it may be an internal problem. We can only wait for Facebook to resolve the problem before the use of social networks returns to normal.

Down Detector is the best way to find out

Down Detector is a site that monitors problems and tells us if there are sites down or having access problems. The site is very complete, providing information on time, location and even user comments regarding problems that occur.

It should not be long before users start to express their dissatisfaction, probably on Twitter. Either way, failures happen and we have to deal with them.