After getting announced over a month back, the Huawei Enjoy 10S is finally going on sale in the following days. The smartphone will indeed be sold in physical stores in the province of Wuhan, China, starting on December 5th. In the following days the device will become available throughout the entire country. 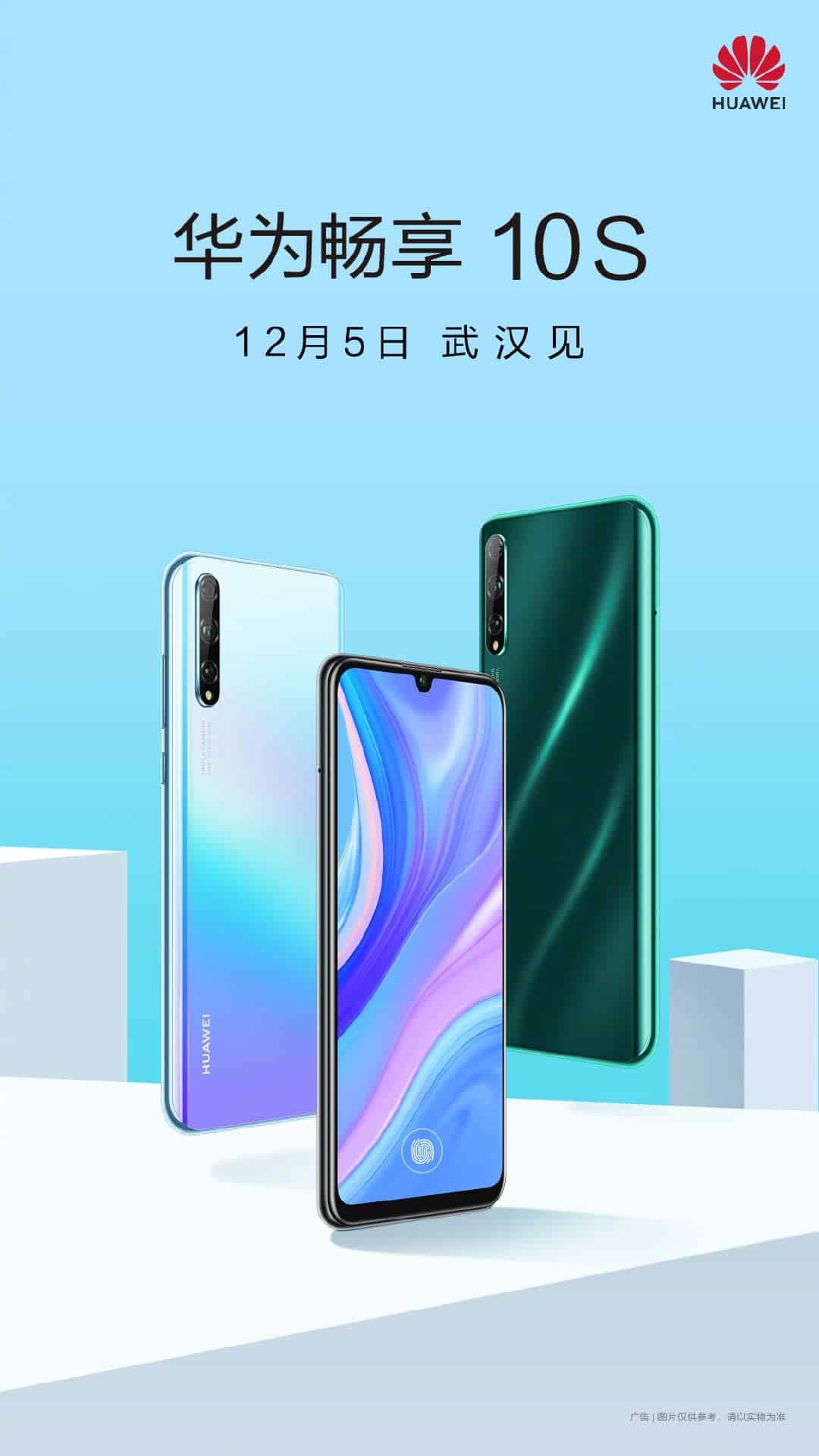 As the price tag suggests, the Enjoy 10S is a mid-ranger, thus we find mid-range specs. These include a Huawei Kirin 710F processor, a quad-core CPU with a 12nm manufacturing process coupled with a Mali-G51 MP4 GPU; either 6 or 8GB of RAM and 128GB of storage with Nano Memory card expansion.

We then find a 6.3-inch OLED panel with a waterdrop notch. The display also sports a screen to body ratio of 90.17%, a 2400 × 1080 resolution, a pixel density 417PPI and it incorporates a new under display fingerprint scanner.

Finally, the handset comes with a 4000mAh capacity battery which can be charged through the USB Type-C port. There’s a 3.5mm headphone jack and it runs EMUI 9.1 OTB; with EMUI 10 coming later on.