Yesterday, the world leader for mobile CPUs – Qualcomm – announced the new Snapdragon 865 and 765 series. Now, while Qualcomm revealed the main features on these processors, such as their 5G connectivity, the chip manufacturer didn’t go much into details.

So, according to the data hidden in some strings of code, we now know more about the chipset.

Let’s start with the number of cores, which quite unsurprisingly is eight. These are then divided into one large core, three medium cores and four small cores. While the clocks are respectively 2.84Ghz, 2.42Ghz and 1.80Ghz; which are consistent with the previous Snapdragon 855 CPU. That said, the Snapdragon 855 Plus does feature an higher clock of 2.96Ghz on the biggest core.

However, the Snapdragon 865 CPU architecture will see an upgraded from the Kryo 485 to the latest Kryo 585. This means we’ll get a better performance, more specifically on GeekBench 4 the CPU was seen achieving a score of 4160 for single core and 12946 for multi-core. An increase in performance of about 15% to 18% compared to the Qualcomm Snapdragon 855 Plus. That said, being the CPU in its very early stages, the score is expected to rise even further in the future. 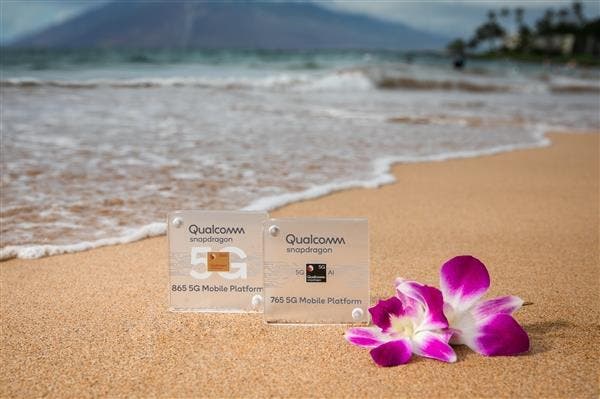 Additionally, as far as the GPU is concerned, the Snapdragon 865 should be packing an Adreno 650, which is an upgrade over the Adreno 640. This change should bring a performance boost of around 25% in games and other graphic heavy tasks.

Other features officially unveiled include a fifth generation AI architecture, for an AI computing power of 15 TOPS. We’ll also find a new generation ISP, along with better support for UFS 3.0 fast memory and LPDDR5X RAM.

Finally, as we’ve already read throughout the day, the Snapdragon 865 will be adopted by pretty much every phone maker; with many claiming they’ll be the first to bring it on the market. Who’s your bet on? Let us know down below!

Albeit Qualcomm does not show the Snapdragon 865 among the other processors, the page with the full specs for the CPU is actually up. You can check it out at this link.

Previous Making 5G Smartphone Is Not Adding A 5G Modem