After the official launch of the new Qualcomm flagship SoC – the Snapdragon 865 – yesterday evening; every phone maker appears to be working on a device with said CPU. Thus, after seeing Xiaomi and Oppo, now it’s the turn of Meizu with their Meizu 17. 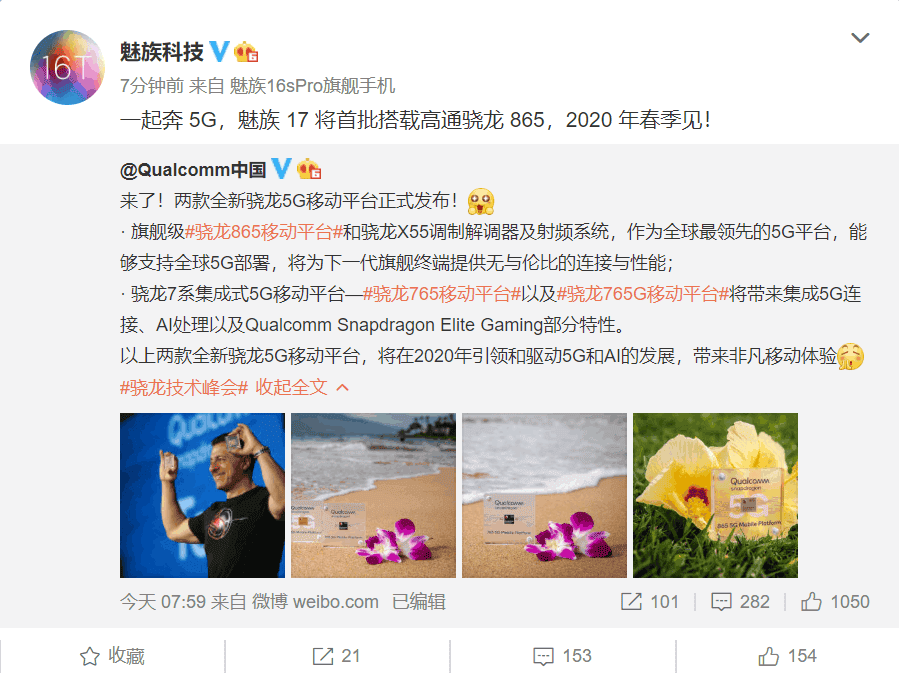 The Chinese brand did indeed just announce the upcoming Meizu 17 will indeed be featuring the new Snapdragon 865 processor. The news is obviously not too surprising as we’d expect a flagship phone to equip a flagship CPU.

Additionally, Meizu also specified the device will be coming next year and that it will be the first phone to boast the new SoC. Thus releasing it earlier than Xiaomi, Oppo and the likes. We shall wait for spring 2020 to confirm the claim though.

The Meizu 17 is also going to feature 5G connectivity, of course. The smartphone will be able to support the next gen cellular network in Dual-Mode NSA / SA. For those who aren’t aware, most 5G phones currently on the market only feature NSA mode, which will be obsolete by next year according to Honor’s spokesperson.

At the moment, we aren’t aware of any other specs on Meizu’s 17. We expect the device to adopt some form of full screen design though, finally abandoning the characteristic symmetrical look of the flagship series. Which means we do not know whether Meizu will go for a pop-up, a notch or a punch-hole camera design.

What type of full screen design do you guys want to see on the Meizu 17? Or would you like Meizu to stick with the same style? Let us know in the comments section down below!

Next Making 5G Smartphone Is Not Adding A 5G Modem