Yesterday, Redmi officially announced that the Redmi K30 launch conference will have other new products including the RedmiBook full-screen notebook. The official launch is only a few days away so salient specs are beginning to trickle in. Today, a Weibo post from Redmi confirms that this notebook will use a custom display circuit board. In addition, this device will also come with thin bezels on all four sides. 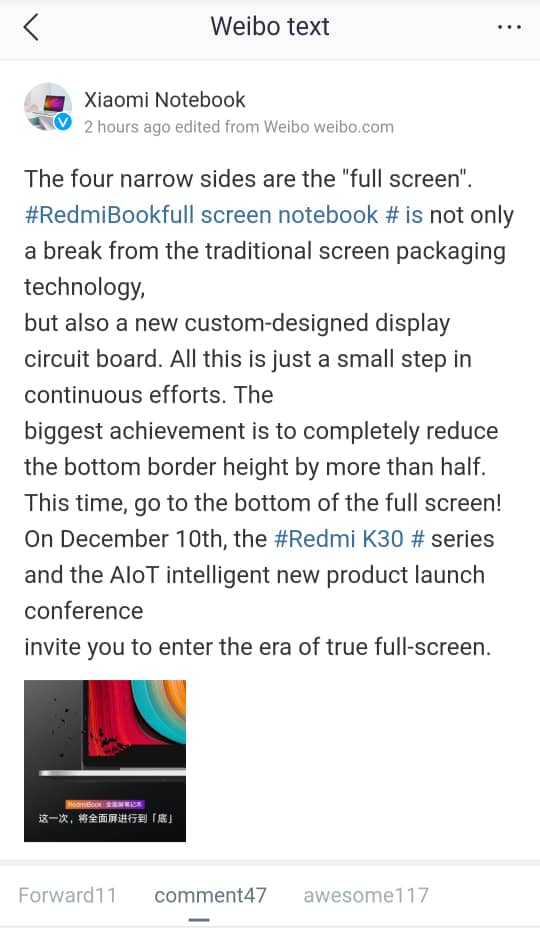 Redmi officially states, “The RedmiBook full-screen notebook is not only a break from the traditional screen packaging technology but also a new custom-designed display circuit board. All this is just a small step in our continuous efforts. The biggest achievement is to completely reduce the bottom border height by more than half”. 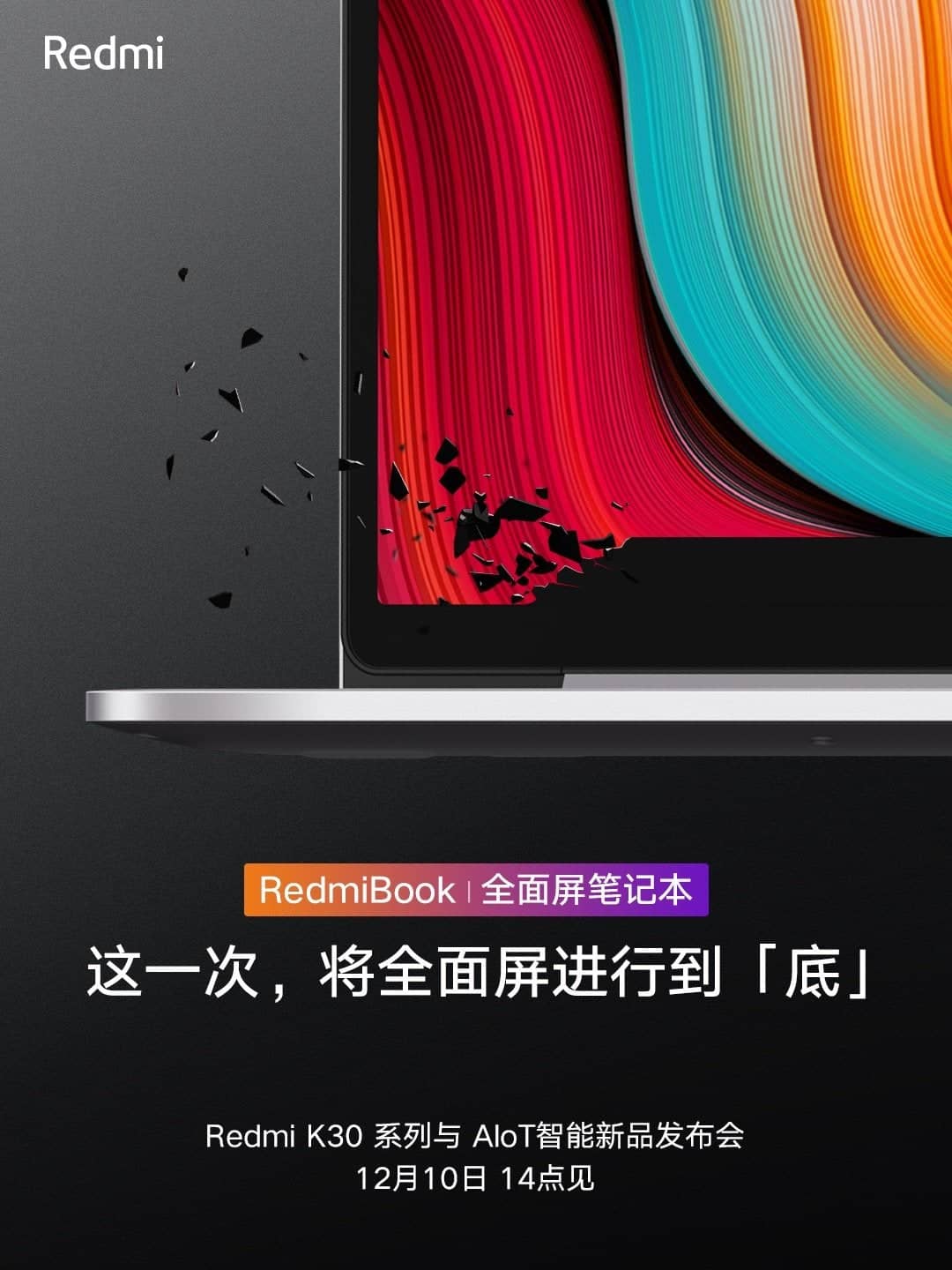 According to the official poster, the four bezels of this full-screen notebook is extremely narrow, but the bottom border is still wider than the left and right borders. At present, the configuration of the RedmiBook full-screen notebook is unknown. According to the official statement, the device will still have a high price-performance ratio, so look forward to it. In addition to this notebook, the company will also release IoT devices such as the Redmi router AC2100 and Redmi smart speaker.