A couple days back, the Youtube channel of Samsung’s Vietnamese division confirmed the new Galaxy A series is getting unveiled on December 12th. That said, the video did not reveal any name or specification but clearly showed a smartphone featuring a punch-hole design in the upper middle part of the display. This is a feature we’ve already seen in high-end phones from the Korean tech giant such as the Note 10 and Note 10 Plus. 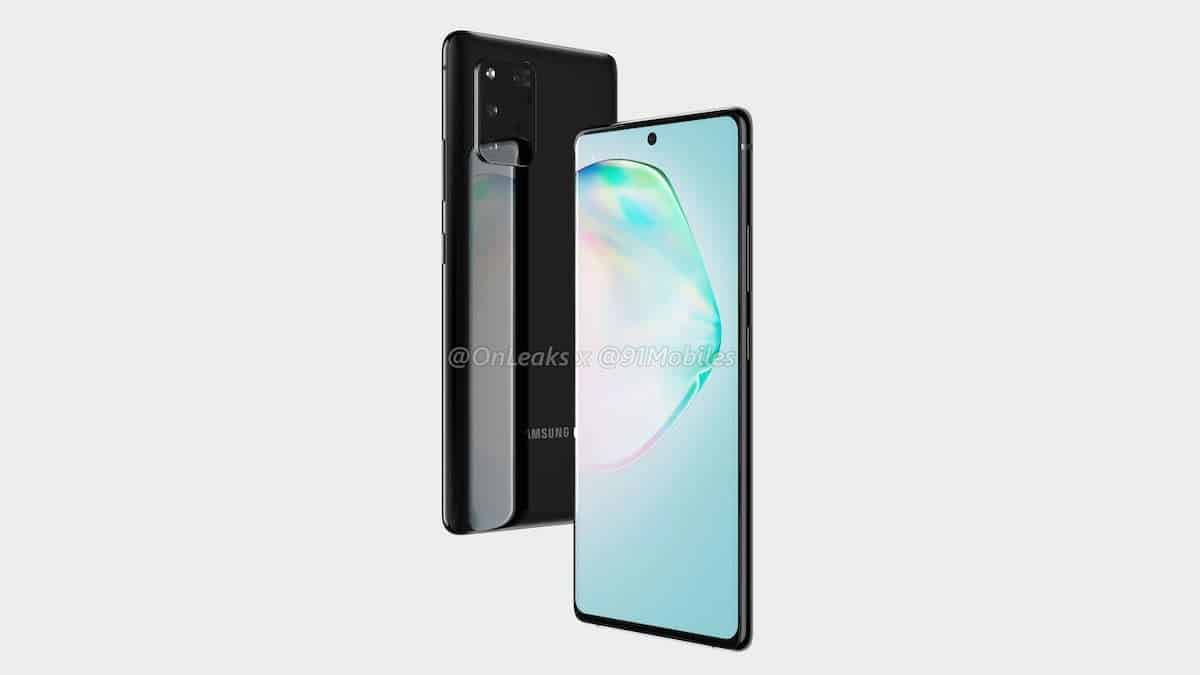 Today, renown leakster @onleaks appears to have removed every doubt about at least one of the handsets that will see the light of day next week. We’re obviously talking about the Samsung Galaxy A91.

As we can see in the images, the Galaxy A91 appears to feature a design similar to the Note 10 Plus at the front with a punch-hole camera in the middle. Meanwhile on the back we’ve a large rectangle bump with at least four cameras. Among them, we can clearly see there’ll be a periscope camera. This means the sensor will be able to zoom in further than any other lens; probably about 10x optical. 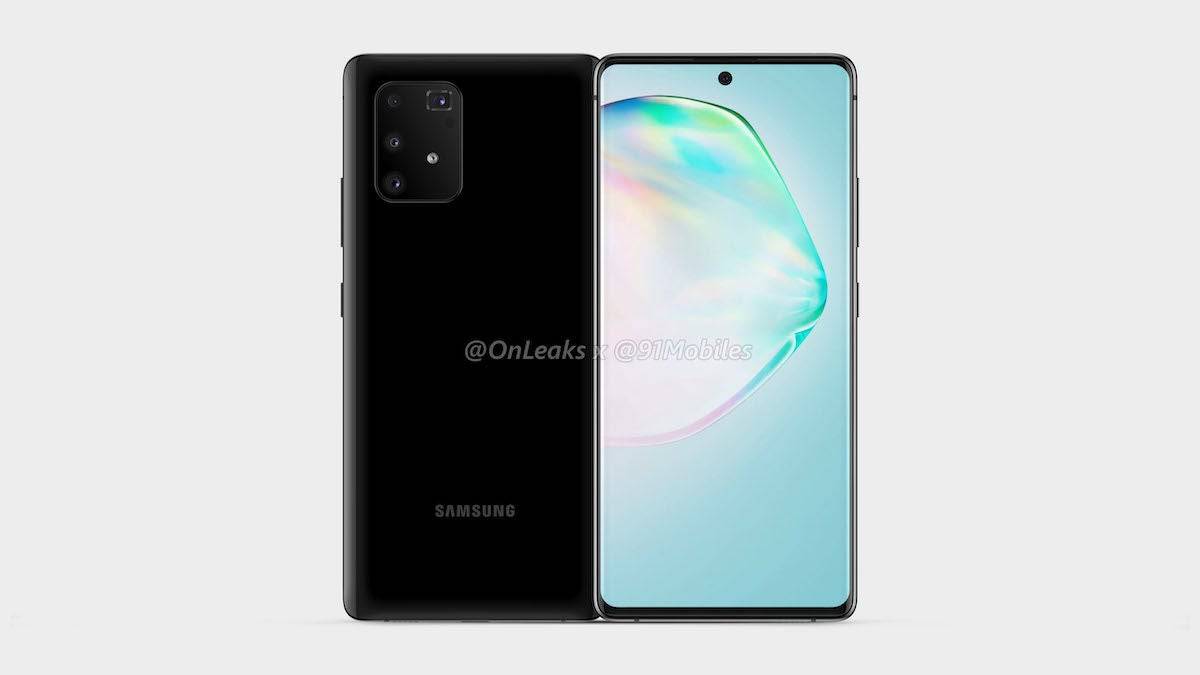 The Samsung Galaxy A91 also appears to feature some rather thin bezels around a flat panel; no curves here. Additionally, we noticed Samsung decided to go with the volume rockers and power button on the right side. Which is something new as the phone maker usually places them on the left of the display.

In the renders we also see the smartphone features an USB Type-C port at the bottom; so not much of a surprise. Meanwhile we can’t manage to find a 3.5mm audio jack, thus it’s either hidden at the top or completely absent. 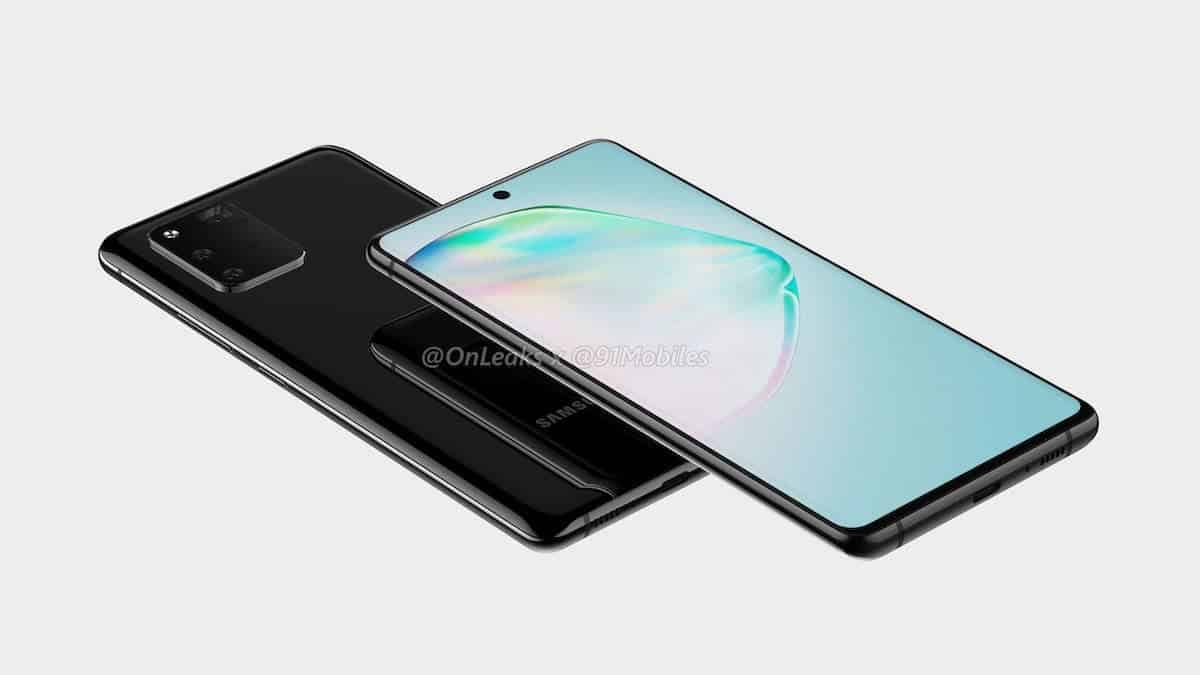 Finally, according to previous reports, the A91 will feature a 6.7-inch screen with 1080P resolution; along with a Snapdragon 855 chip, 8GB of RAM, 128GB of storage and a 4500mAh battery supporting 45W fast charge.