A few days ago, Redmi officially announced that the Redmi K30 series will not be alone on its December 10 conference. According to the company, it is preparing a new notebook, RedmiBook full-screen notebook. Until now, all we know about this device is that it will use thin bezels. However, more information on this device is now hitting the web. Today, Redmi officially announced two features of this notebook. For starters, it is thin and light and secondly, it comes with a super-long battery life. 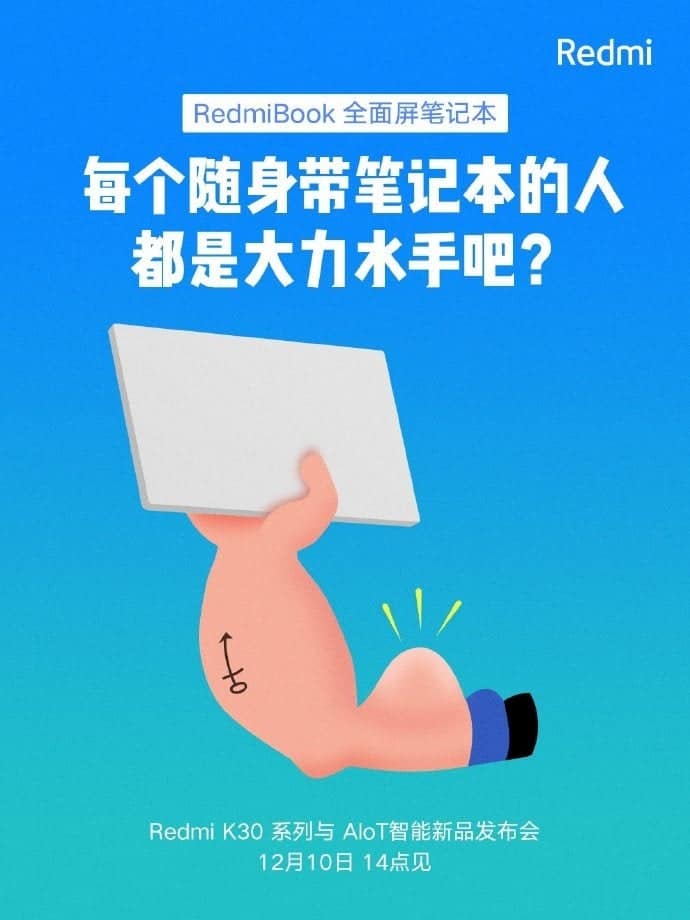 According to reports, the new RedmiBook has 11 hours of long battery life and it also supports fast charging. In addition, the price of the RedmiBook full-screen notebook should also be friendly. This notebook should come with a standard 10th generation Intel Core processor and MX250 discrete graphics card. 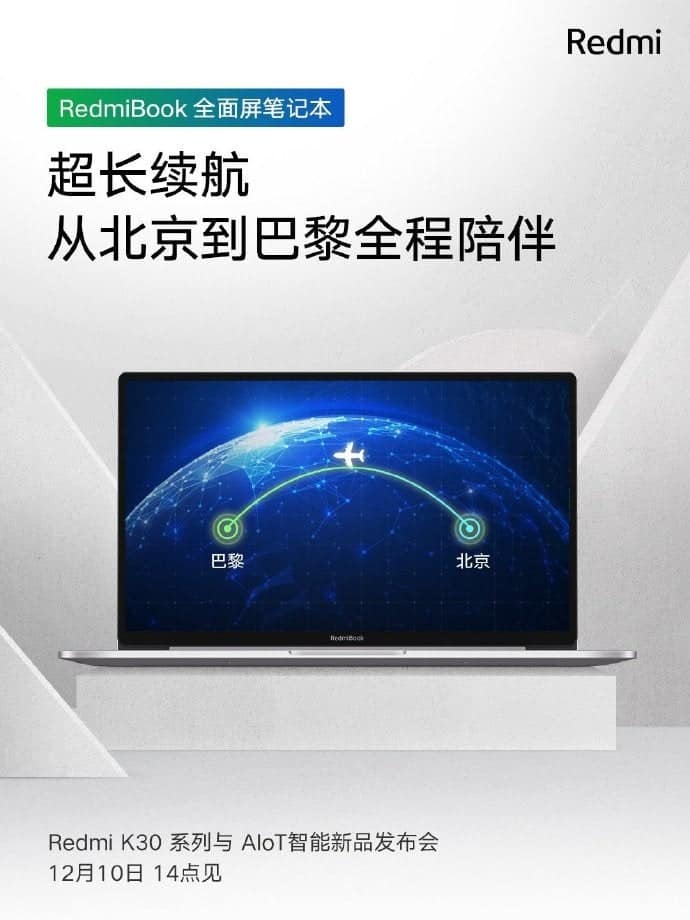 In terms of heat dissipation, the weight of the fan blades is smaller. In addition, this “small” fan blades enable more air volume with less noise. The new RedmiBook notebook uses a new heat dissipation structure. It comes with a 100% all-copper cooling module and a 6mm dual heat pipe. In addition, the RedmiBook full-screen notebook uses a custom display circuit board, which has very narrow bezels. This notebook will be released with the Redmi K30 series on December 10th, so stay tuned.