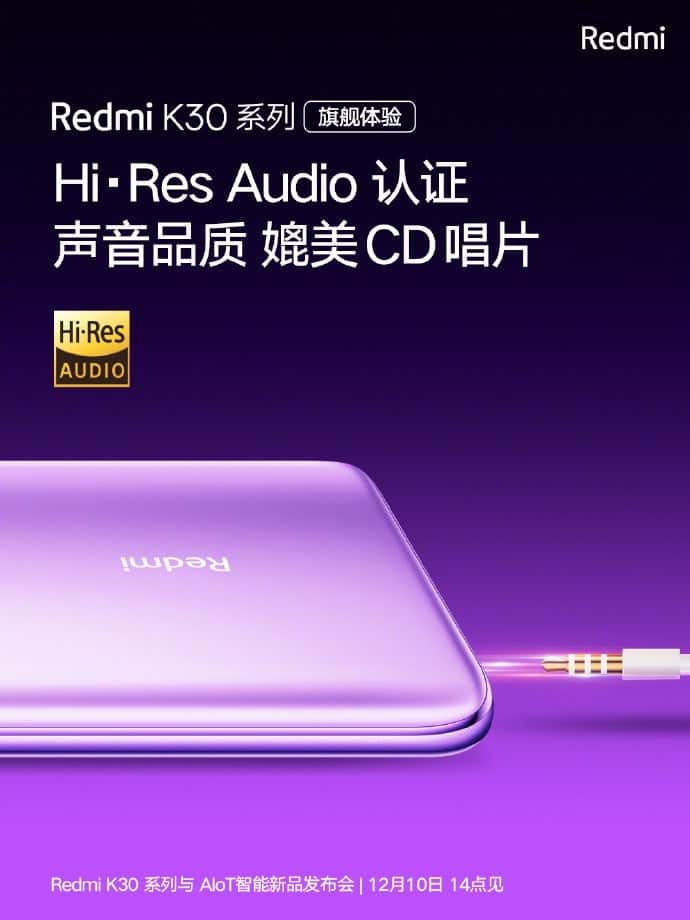 According to the certification document, it has an excellent audio resolution and the sound information output is comparable to CD quality. Users can listen to songs and play games with immersive sound.

According to Lu Weibing, Xiaomi VP and general manager of the Redmi brand, the Redmi K30 will use a Qualcomm Snapdragon 765G SoC which integrates a Snapdragon X52 5G modem. The Redmi K30 supports SA/NSA 5G dual-mode 5G network and has a downlink peak of 3.7Gbps. At the same time, it uses the fifth-generation Qualcomm AIE artificial intelligence engine. This engine has a Top 5 AI computing power. Other features on this smartphone include a side fingerprint sensor, dual punch-hole front camera, and 12 antenna design.

Next Huawei to Use Fewer Samsung Components Due to US Bans