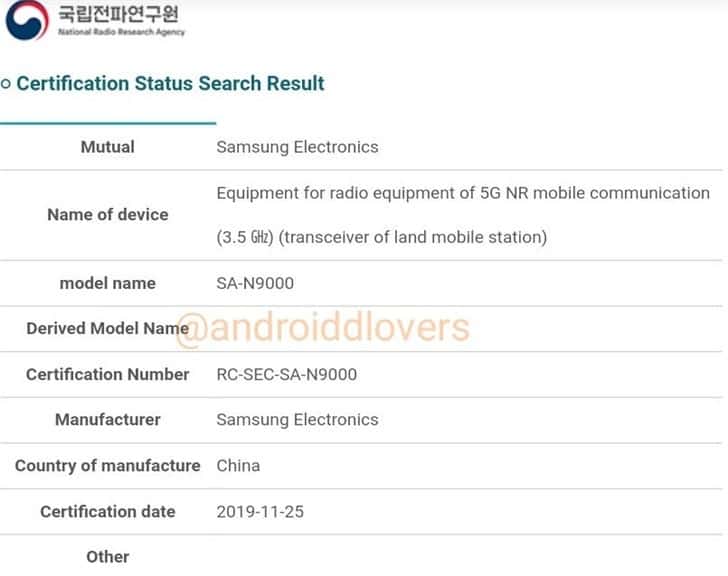 According to AndroidLovers although this is a 5G smartphone, it’s model number is quite new. This suggests that this could be an entirely new lineup from the company. It is understood that Samsung has its own naming rules for smartphone models. For example, Samsung Galaxy S series devices are usually SM-Gxxxx, Samsung Galaxy Note devices are SM-Nxxxx, and Samsung Galaxy A series smartphones are SM-Axxxx. But the first two letters of this product are “SA”, not “SM”.

Some netizens speculated that this mysterious 5G phone is the Samsung Galaxy Tab S6 5G version, but the 5G version of this tablet has previously passed Bluetooth and Wi-Fi certification, and the model is “SM-T866N”. As of now, there are no details regarding the Samsung “SA-N9000”. We will keep a tab on this number to know what it truly is. What do you think of this device?