On December 6th, Nokia finally announced the much teased Nokia 2.3 entry-level phone. Today, the device went on pre-order in Russia with a price tag of 7990 Rubles, around $125 or 113€ at the current exchange rates. 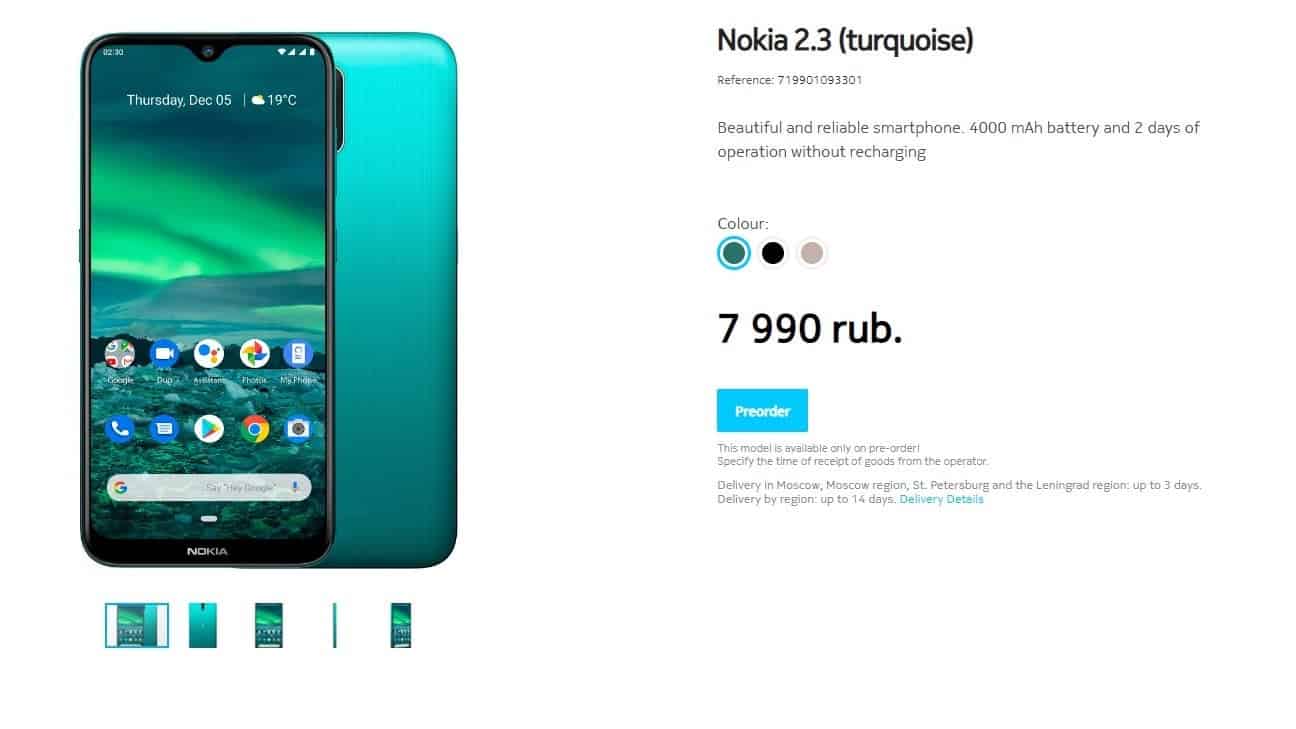 As we can see on Nokia’s Russian official website, the Nokia 2.3 is available in all the color variants announced at lunch. Thus it’s possible to pick between Cyan Green, Sand and Charcoal. That said, the website does not show when the devices will actually be shipped. So, if you’re from Russia, you can probably wait a little longer before pre-ordering one.

Specs wise, the Nokia 2.3 comes with a 6.2-inch HD + 19: 9 screen; along with a waterdrop notch and In-Cell technology to improve the viewing experience. The smartphone is then powered by a low-end MediaTek Helio A22 CPU along with 2GB of RAM and 32GB of internal storage (expandable via microSD card).

While on the photography side, the handset features a 13MP main rear camera with LED flash and f/2.2 aperture paired with 2MP secondary camera. On the front we instead find a single 5MP front-facing camera with f/2.4 aperture.