Sometime next year, Chinese manufacturer, Meizu, will release its latest Meizu 17 flagship series. Although we do not know much about this phone,  it will be the first flagship with the new Qualcomm Snapdragon 865 SoC. In addition to its flagship SoC, recent reports suggest that it will also use a new camera technology. 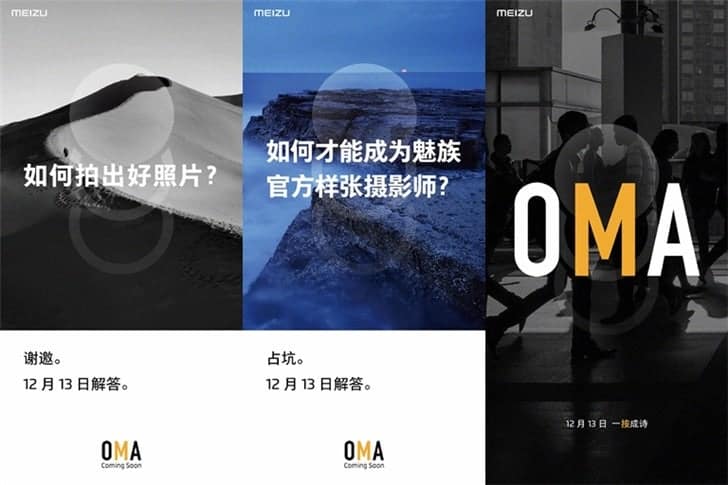 From a recent official poster, Meizu teased a new camera technology, code-named OMA. The official also claims that it has the effect of “one-click into a poem”. What we know about this technology is that it ” can help you take good pictures” according to Meizu. We don’t need to bother much on the meaning of the phrase (one-click into a poem) as this tech will arrive on December 13th.

In the comments, Meizu Technology also confirms that this tech has a certain relationship with Meizu 17. This suggests that the official launch of this tech will come with Meizu 17. Meizu has since confirmed that the Meizu 17 will come with the SD865 flagship SoC. In addition, Meizu also specified the device will be coming next year and that it will be the first phone to boast the new SoC. This phone will probably arrive in spring 2020.

The Meizu 17 will feature 5G connectivity, of course. The smartphone will be able to support the next-gen cellular network in Dual-Mode NSA / SA. For those who aren’t aware, most 5G phones currently on the market only feature NSA mode, which will be obsolete by next year according to Honor’s spokesperson.