Vivo is preparing to present its next smartphones early next week. And now, Vivo X30 Pro has appeared on the AnTuTu test platform, but its results have not been impressive.

According to the listing on the site, it achieved a total score of 326,029 points, far from the performance of today’s most powerful Android smartphones. Still, it can move beyond the most powerful mid-range smartphone, the Redmi Note 8 Pro.

The Vivo X30 Pro will arrive equipped with Samsung’s Exynos 980 5G processor, supported by the Mali-G77 graphics processor. However, it has long been confirmed that the smartphone’s biggest selling point will be its cameras.

Over the past few weeks, there have been several teasers published by the brand. Trying to create as much hype as possible around the Vivo X30 Pro’s cameras.

The Vivo X30 Pro will arrive with a total of four rear cameras. The main sensor will be 64MP, accompanied by a 32MP secondary (portrait), 8MP third (ultrawide) and a last 13MP periscope lens. Among the various capabilities of this module, the quality of its portraits has already been highlighted as well as the zoom capabilities, which will reach up to 60x digital zoom. 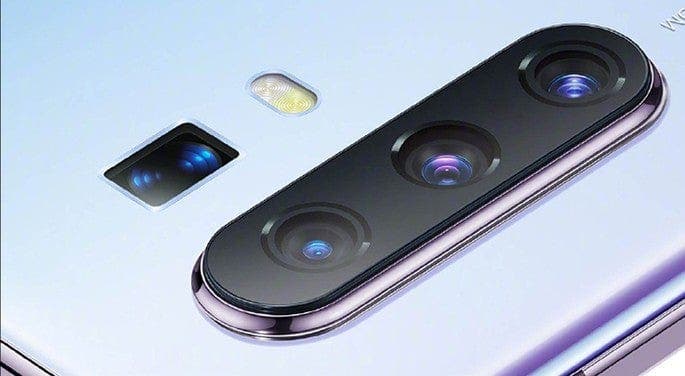 For its other specifications, you can count on a 6.5 “inch AMOLED display. With Full HD+ resolution and 90Hz refresh rate. For memories, you will have up to 12GB of RAM and 256GB of internal memory (UFS 3.0).

Powering this smartphone will be a 4,500mAh battery, with support for fast charging at 44W. Unfortunately, it seems that it will arrive from the factory still with Android 9, with the interface Funtouch 9.1.

The Chinese phone maker Vivo has announced that the new Vivo X30 series is officially coming on December 16th. The announcement also came in the form of a teaser which gives us the first glimpse at the design of the device.