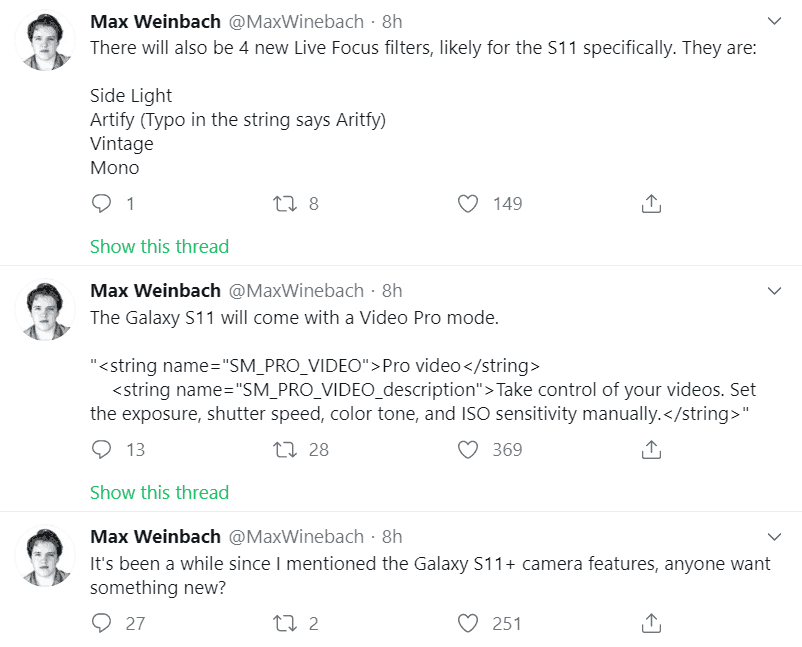 With the S11, Samsung is putting a serious amount of work into the experience and camera. They are focusing heavily on video and actually pushing forward their photo game.

In terms of cameras, this smartphone will come with a 108MP main camera. In addition, the Galaxy S11 camera will be codenamed “Hubble”. One of the reasons is that it supports 5x optical zoom and the zoom camera will also support Optical Image Stabilization (OIS). According to Korea’s SafetyKorea certification, the minimum capacity of the Samsung S11 battery is 4370 mAh, with a typical value of 4500mAh. Will this be an improvement on the Galaxy S11 series?

Next Samsung Galaxy Fold 2 expected to use UTG display