South Korean manufacturing giant, Samsung, is currently working on its second-generation foldable phone. As of now, there are a couple of speculations regarding the Samsung Galaxy Fold 2. However, the latest reports suggest that this smartphone will use a new display rather than the polyamide plastic flexible folding screen which the Galaxy Fold uses. According to a new trademark filing, Samsung is preparing an “Ultra-Thin Glass”  display. 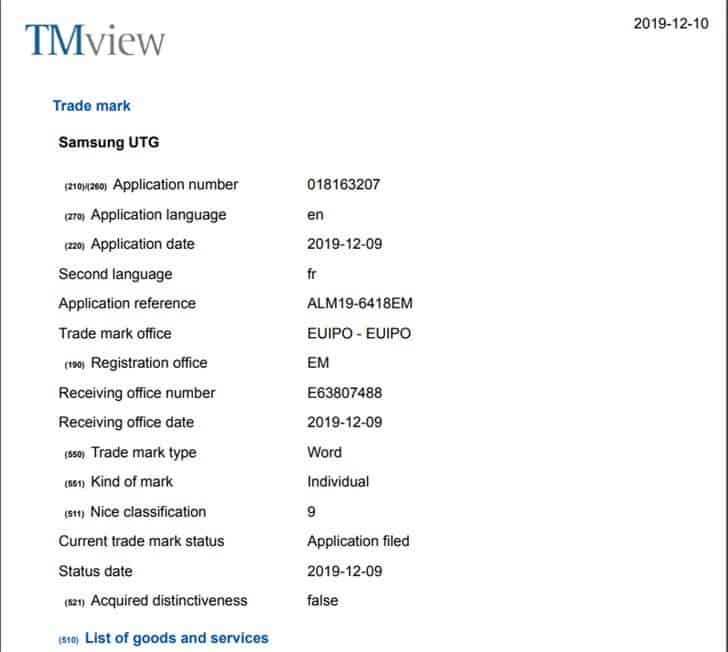 According to the reports, Samsung submitted two trademark applications in Spain. The trademarks include Samsung Ultra-Thin Glass and Samsung UTG. The core of these three trademarks is ultra-thin glass. In addition, the trademark description clearly states that it is for smartphones. The thickness of ultra-thin glass is less than 100 microns (µm), and it may even reach 30 microns. 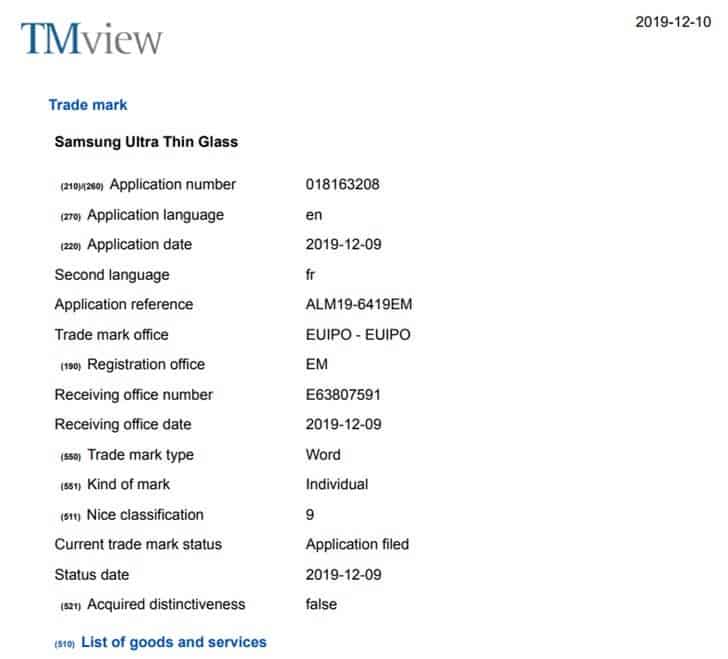 The advantage of the UTG display is that the display is clear and resistant to friction. However, its disadvantages are also obvious, the production is difficult, and it is expensive. Currently, Samsung has invested 12 billion won ($10 million) in Dowoo Insys to increase the production capacity of the Vietnam plant to meet the 5-6 million folding screen capacity demand next year. Due to these trademarks, there are speculations that the Samsung Galaxy Fold 2 will use a new display.

Next Huawei P40 Lite could be nova 6SE global version

Galaxy Fold 2: battery similar to Fold and availability from September