There are a few companies that regularly release reports on this or that trend. Probably, IDC, Canalys, and CounterPoint can be considered as the most reliable sources. Just recently, IDC released the third quarter report for the smart wearable device shipments, including portable headsets. A few days ago, Canalys came in with its own report. Unlike the former, it more focuses on smart wearable devices.

The Canalys report shows that the global wearable device market is increased by 65% ​​in the third quarter of 2019. At the same time, we can learn that Xiaomi’s wearable device shipments rank first in the world. This manufacturer has managed to sell over 12.2 million units, an increase of 74.4% year-on-year. Such a performance has driven to a market share of 27% of the market in the quarter. Xiaomi’s growth is attributed to strong domestic performance and aggressive overseas expansion. 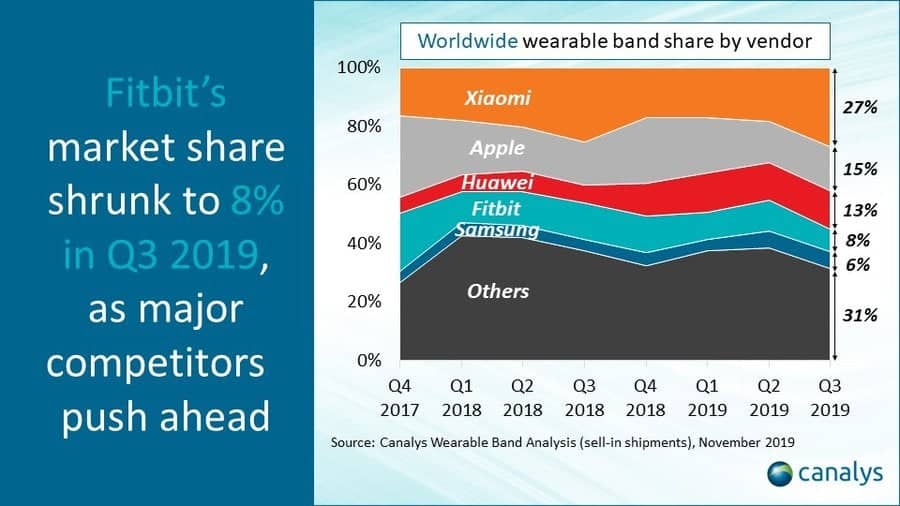 Surprisingly, Apple ranks second with a 15% market share, of which 60% of shipments are attributed to the latest Apple Watch Series 5 smartwatch. Huawei ranked third with 5.9 million units shipped and 13% market share.

By the way, the report shows sales in the Chinese market have grown tremendously with an annual growth rate of 243%. 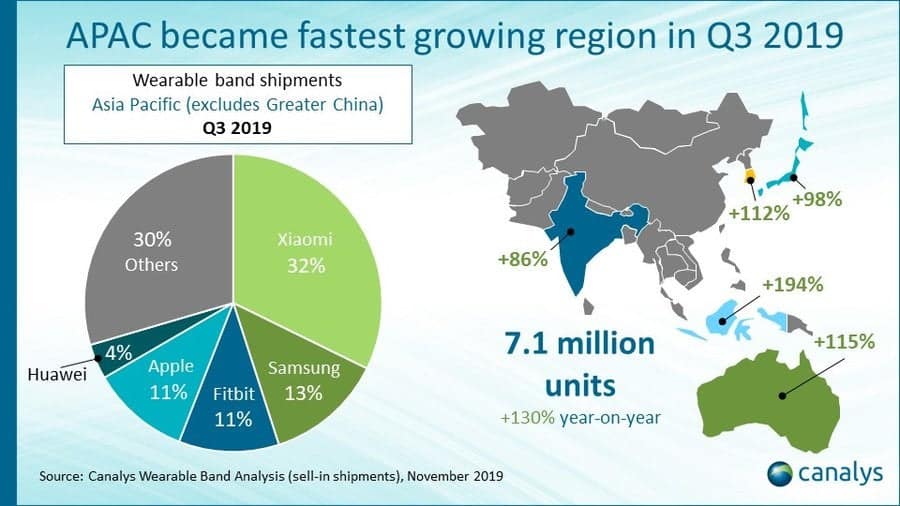 In addition, Fitbit ranked fourth, occupying 8% of the market. And it is the only supplier with a small growth compared to last year. With its entry-level Galaxy Fit, Samsung ranked fifth with a 6% market share. This company is still capable of staying afloat due to the increased sales in Asia.

Previous Is Redmi K30 Using 'Coin Machine' Design Or Not?