Ever since the official announcement of 5G early this year, there has been a preponderance of 5G smartphones and other devices. The first set of 5G smartphones were quite expensive. However, with the current rate of 5G phone release, its prices are plunging fast. Last week, Redmi’s new 5G product, Redmi K30 was released. Its 1999 yuan ($286) starting price redefined the lower limit of 5G phone prices. 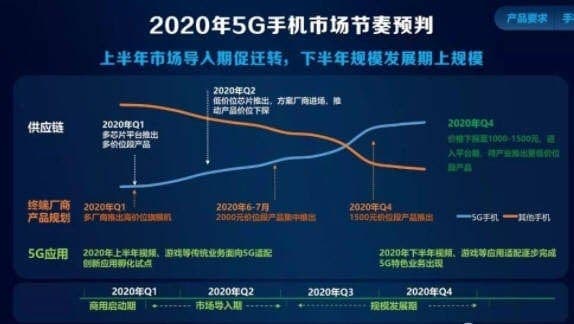 This month, there are 5G smartphones such as Vivo X30 and OPPO Reno 3 coming through. According to industry estimates, these models should remain in the 2000 – 3500 price range ($286 – $501). This means that the 5G phone coverage population will gradually expand. This will help 5G to spread faster.

Since then, the lower limit of the price of 5G mobile phones has been repeatedly refreshed. On November 15, Lenovo’s first 5G phone, Z6 Pro 5G version, was priced at only 3299 yuan ($473). This lowest price of 5G smartphone was only maintained for one month before it was smashed again by Redmi K30 5G.

Previous Vivo X30 Invites Sent Out - Is that a Telescope?