France-based website known for their camera reviews – DxOMark – just released their rating for the latest Huawei Mate 30 Pro 5G. A device very similar to the Mate 30 Pro previously reviewed on the site. As a matter of fact, the only difference between the two handsets is the lithography technology used on their SoCs: 7nm on the Kirin 990 and 7nm+ EUV for the Kirin 990 5G; the latter also comes with a built-in 5G modem, of course.

That said, as we can see in the image representing the score, the 5G version of the phone did do better than the predecessor; most likely due to better camera software optimization. Making it the best camera phone on the chart with a final score of 123.

Either way, let’s get to the camera review, starting with photos. Here the Huawei Mate 30 Pro 5G showed high levels of detail and accurate target exposure in most tested conditions. The smartphone also captured pleasant colors when shooting outdoors and low noise. 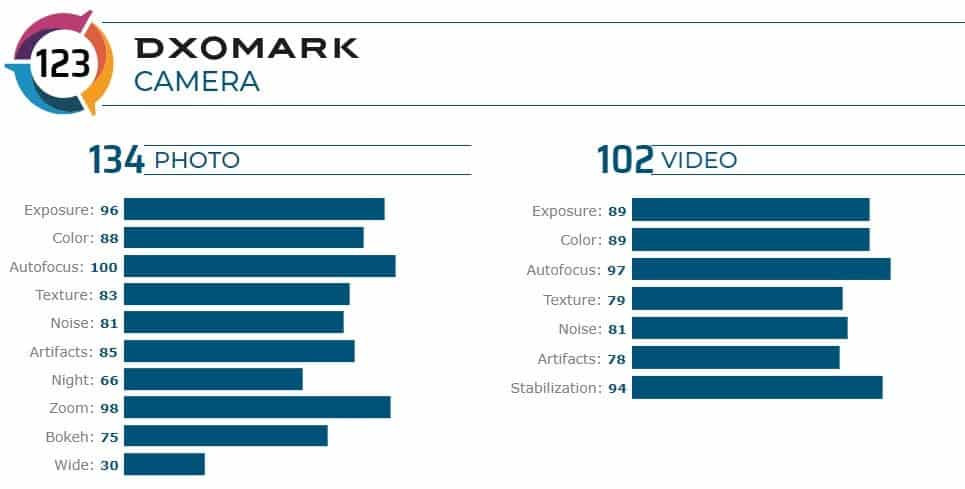 In bokeh mode, it had an accurate depth estimation and good dynamic range. Meanwhile in zoomed in photos, it kept good details from close to medium range.

Moving onto the cons. Huawei’s flagship had some highlight clipping in bright light and occasional color shading in indoor conditions. Colors lacked saturation in bokeh mode in some cases and the smartphone did not behave too well in exposure and white balance when the LED flash was involved.

All the factors above earned the Huawei phone a score of 134 as far as photos were concerned.

In videos, the smartphone got instead a score of 102, which is still the highest on the platform. The Mate 30 Pro 5G achieved the score by showing good detail rendering in most conditions and accurate target exposure. Also here noise was well-controlled, it had good color outdoors and indoors and effective stabilization. Finally, autofocus was fast, accurate and repeatable.

As for the negatives, the handset had some temporal blinking noise in most conditions and occasional slight color instabilities.

So, once again, the Huawei Mate 30 Pro 5G is the new leader of DxOMark’s ranking system. Not that it ever lost the crown as the Mate 30 Pro still sits in second place, along with the Xiaomi Mi CC9 Pro. 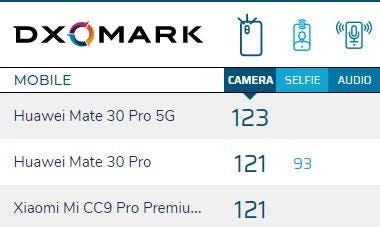