After a very succesful year, Realme will be giving more important steps early in 2020. According to reports, the company will reveal in January the Realme X50, the company’s first smartphone to have 5G support. Today, the handset was certified at MIIT China (Ministry of Industry and Information Technology). According to a reliable source, the device that appeared with RMX2051 model number is indeed the Realme X50.

According to the listing, the Realme X50 5G will feature a 6.6-inch LCD display and will be powered by the Snapdragon 765G. The same source states that the handset will boast Sony’s 64MP IMX686 camera module. It’s the very same sensor used in the Realme X50 major rival in the segment, the Redmi K30. Moreover, it is expected to come with 30W fast-charging and the battery shouldn’t be smaller than 4,000mAh. 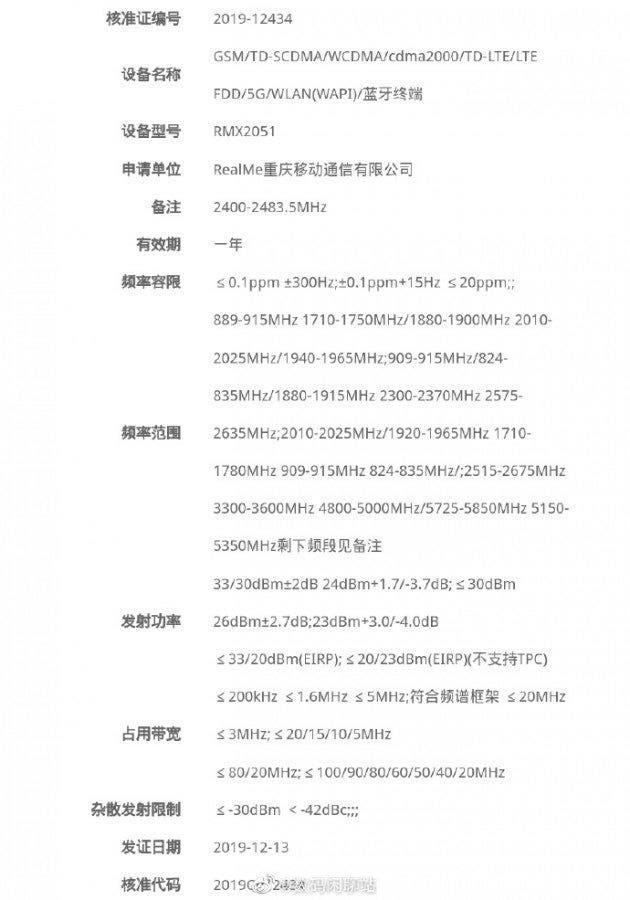 Realme has been putting a great focus in the Indian market since its debut. However, the company started to establish its presence on the domestic market. In the light of 5G race, the Realme X50 5G will come to attract all customers that are willing to jump in the next-gen network. As we said before, it will face strong competition, especially from the recently released Redmi K30. However, we still need to see how the two will compare price-wise.

According to rumors, the handset will go official before the Spring Festival that starts in January 25.

Next Samsung Galaxy A01 Launched with 6GB RAM and 5.7-inch HD+ Display