Just over a week ago, Chinese phone manufacturer – Vivo – officially launched the new Vivo V17 in India. A very confusing phone as it comes after the Vivo V17 Pro launched back in September (of which you can find a review here) and it isn’t the same device as the V17 previously released in Russia. Either way, the smartphone is finally on sale in the Indian country for a price of INR 22,990; around $320 at the current exchange rates.

Let’s now recap all the main specs for those who missed the launch or may interested in getting the handset. The Vivo V17 comes with a 6.44-inch display with FHD+ resolution and a screen to body ratio of 91.38%. In the display we also find a punch-hole in the upper right corner and a hidden fingerprint scanner beneath it. The smartphone has very slims bezels overall for a very slick look.

The Vivo V17 is then equipped with a Qualcomm Snapdragon 675 processor; along with 8GB of RAM and 128GB of internal storage. Meanwhile in the camera department we find a total of four cameras in an “L” fashion. These include a 48MP main sensor, an 8MP ultra-wide angle lens, a 2MP macro camera and a 2MP depth of field sensor. At the front, in the punch-hole, we instead find a 32MP selfie snapper. 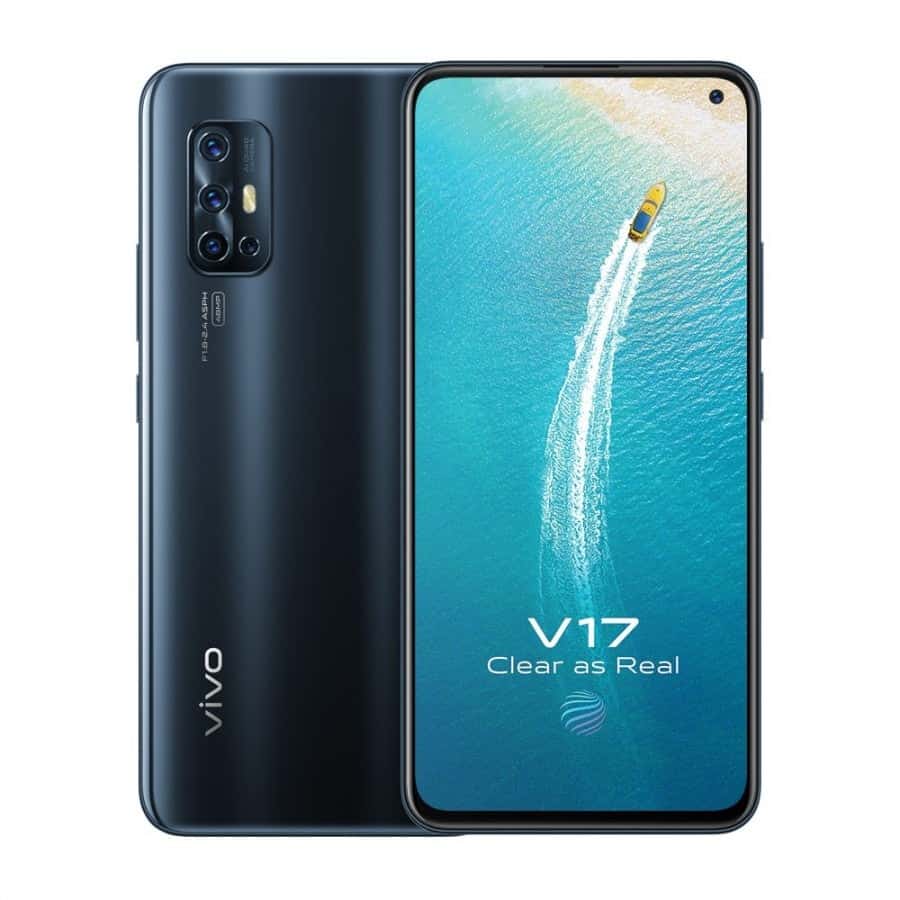 Finally, the smartphone packs a large 4500mAh capacity battery with support for 18W fast charging and runs Funtouch 9.2 based on .Android 9.0 (Pie) out of the box.

Once again, people in India can now buy the Vivo V17 for 22,990 India Rupees. The smartphone is available in Glacier Ice White or Midnight Black color variants.