Vivo’s V lineup is probably one of the most interesting mid-range series on the market. That’s because Vivo uses it to bring some of the best and more advanced technology in the mobile industry to a wider audience by lowering some of the specs and dropping the price.

The Vivo V17 Pro, being their latest iteration of the very successful “V” family is indeed just that. A phone that packs some breakthrough hardware such as the dual front cameras, while cutting down costs in areas such as CPU and well, that’s pretty much about it. Will this be enough to win over some buyers? Let’s find out in the full review! As always, let’s start with the unboxing. The V17 Pro comes with a black package with the main selling points of the device clearly showing on it; we’re talking about the dual cameras at the front and the four at the back.

Once we open the box we find a cardboard with the manual, the USB Type-C cable and the included phone case, which we have to admit isn’t one of the best we’ve seen. That’s because it’s made of very hard plastic, making it almost impossible to apply or remove quickly. Nevertheless, it’s also free, so not too much to complain about.

Inside the box we also find a charger rated for a maximum output of 18W and a pair of earbuds using the beloved 3.5mm jack standard. 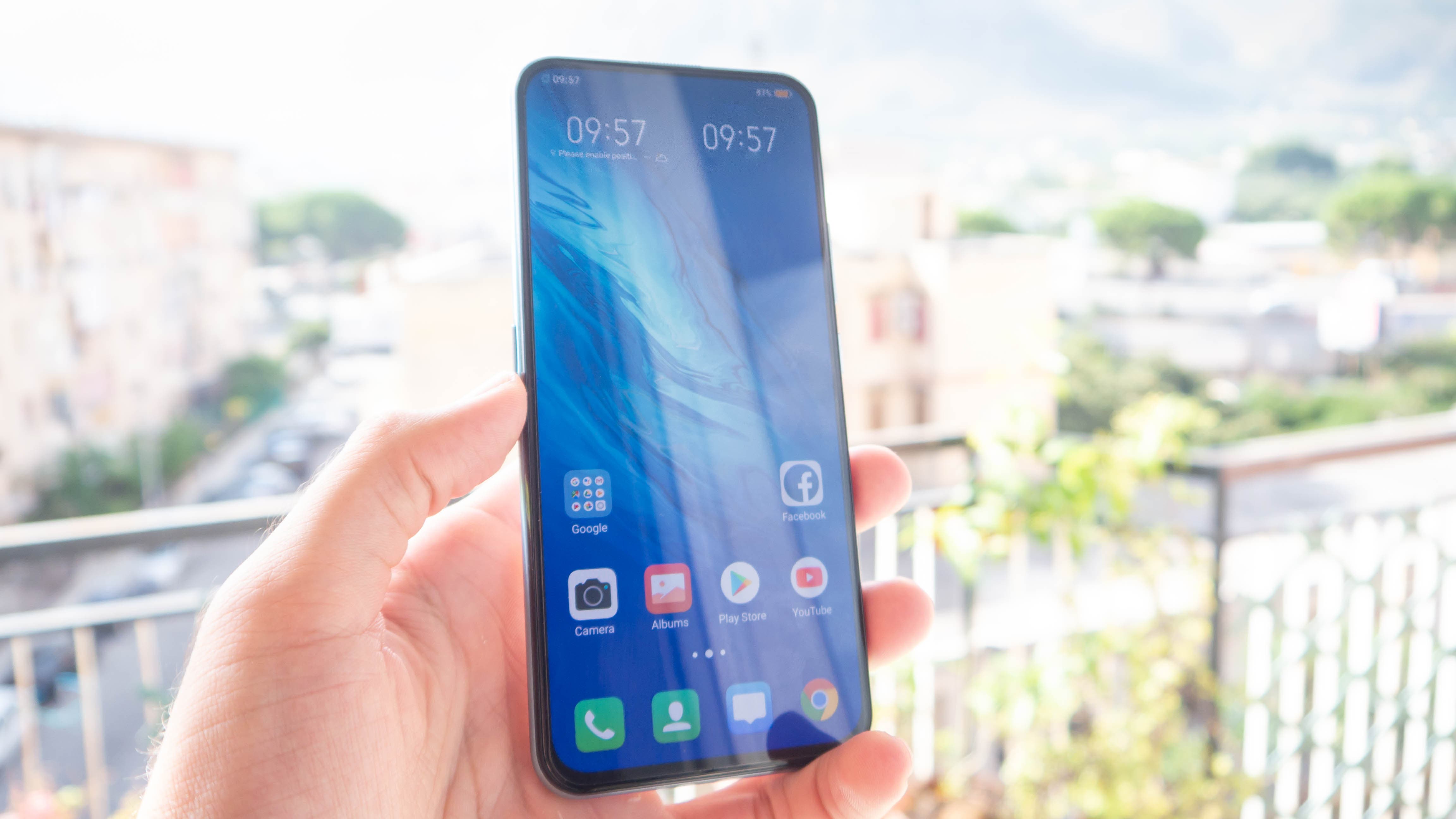 The Vivo V17 Pro comes with a design that reminds us of the Vivo NEX flagship phone launched last year. That means we have a real “Full Screen” with no interruptions; so, no notch at the top or in-display hole. Meanwhile bezels are quite thin all around the frame, exception made for the bottom one which is a little bit thicker.

Within these surprisingly slim bezels we then find a beautiful 6.44-inch Super AMOLED panel with Full HD+ resolution and 20:9 aspect ratio. The display is very sharp, vibrant and bright, which means its outdoor visibility is outstanding even on a sunny day. Meanwhile at night or in the dark we can take advantage of the E3 OLED (filters out 42% of blue light) and its Brightness Anti-Flicker technology to protect our eyes from fatiguing too much. 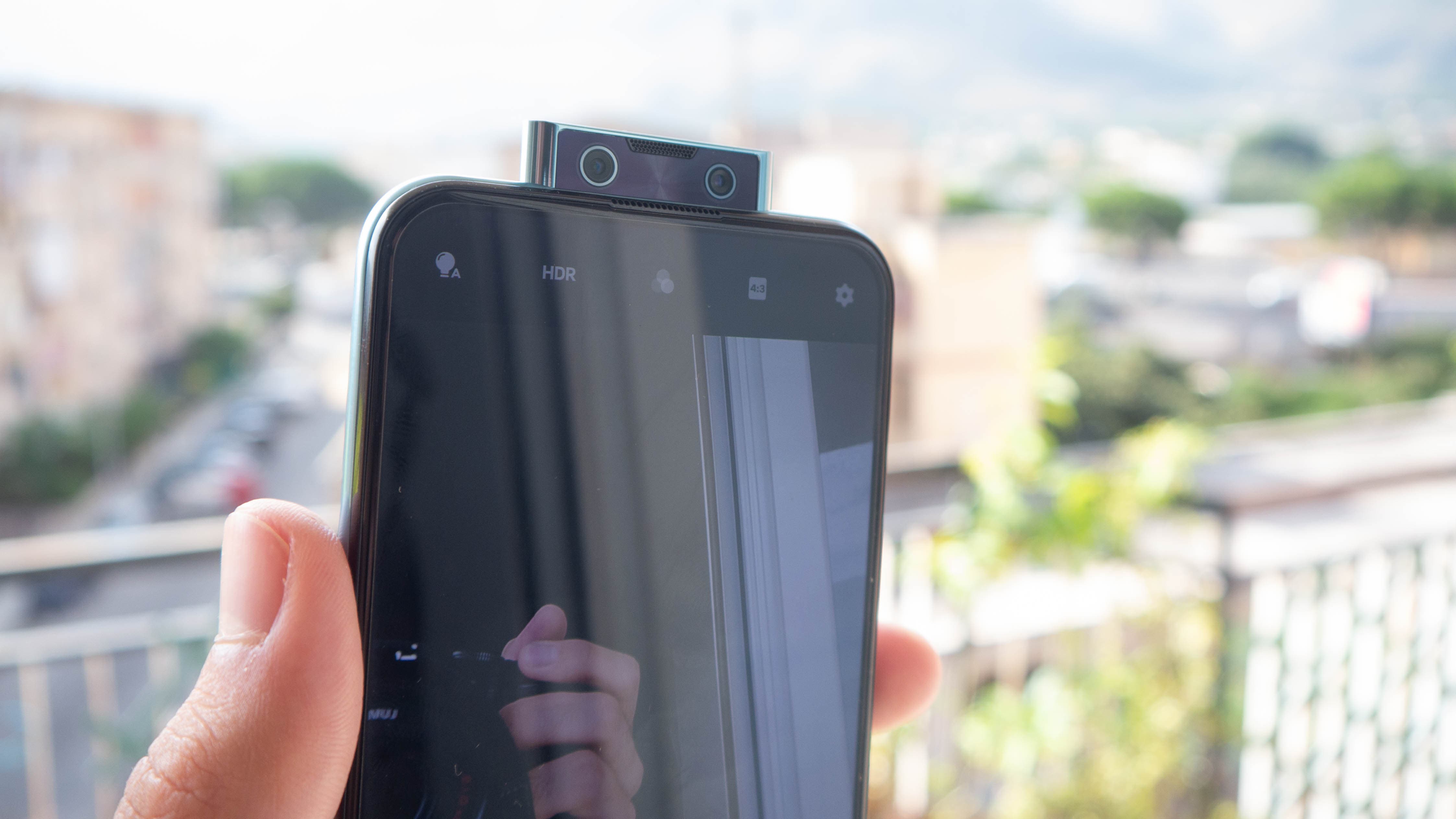 We then have, the star of the show – or should we say stars, the dual camera setup which pops up from the middle of the frame. The module includes two different front cameras plus an additional LED flash between them.

Moving onto the back of the device, we find a full glass body with four rear cameras aligned vertically and the dual LED flash positioned in the center. 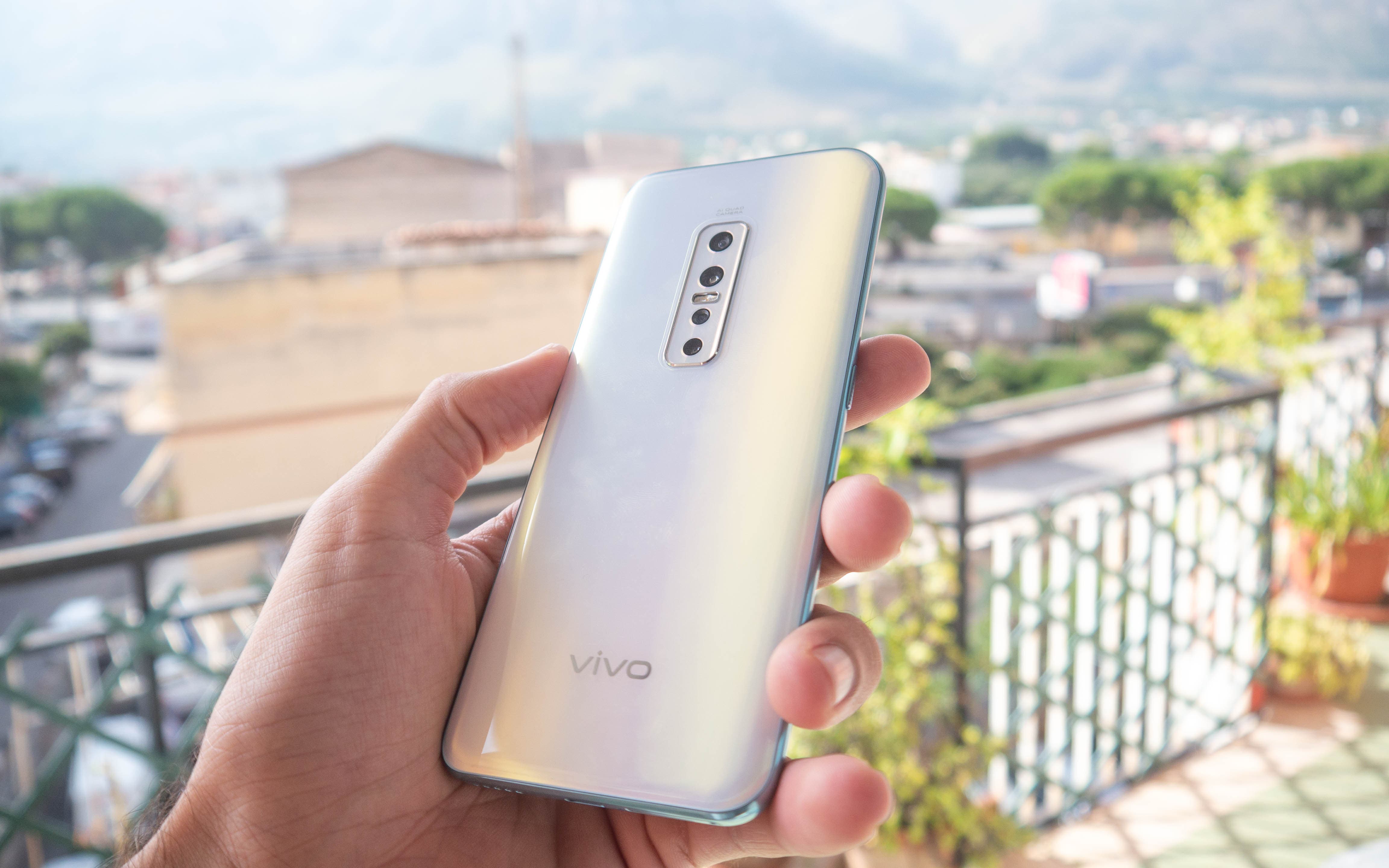 Finally, the smartphone is a bit thicker and heavier that you’d expect at 9.8mm of thickness and 201 grams of weight.

Overall though, the V17 Pro looks and feels like a flagship phone and you wouldn’t doubt it was unless you knew its internal hardware. 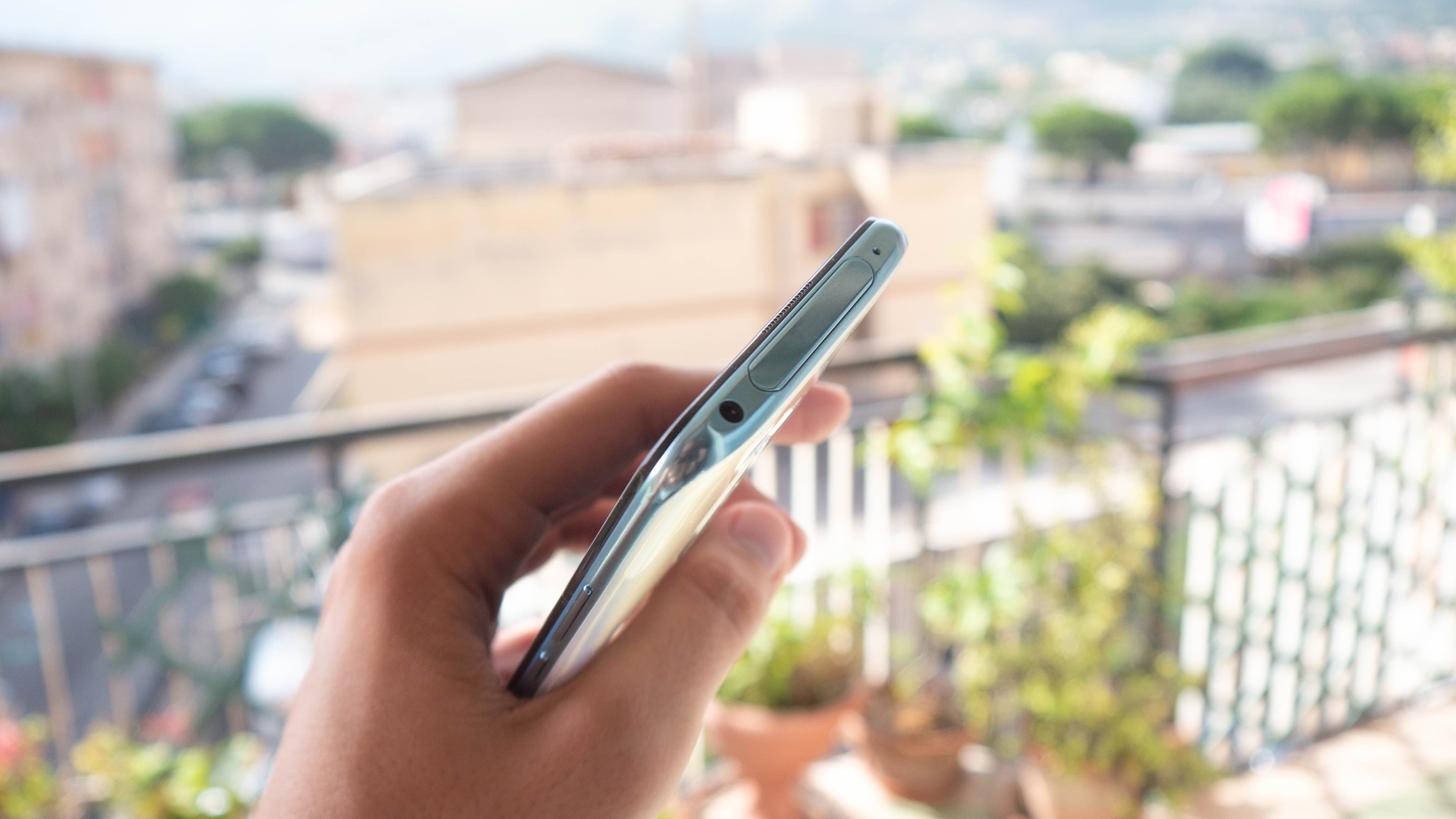 As we just mentioned above, the Vivo V17 Pro doesn’t come with the best specs on the market, we’re indeed talking about a Qualcomm Snapdragon 675 AIE as its source of processing power. That said, the CPU is more than enough for most daily use scenarios, such as browsing the web, using socials, snap high resolution videos, photos and play games at the higher settings. The smartphone is also very quick at app start-up times, although not as quick as a flagship powered device with a Snapdragon 855 or 855 Plus. 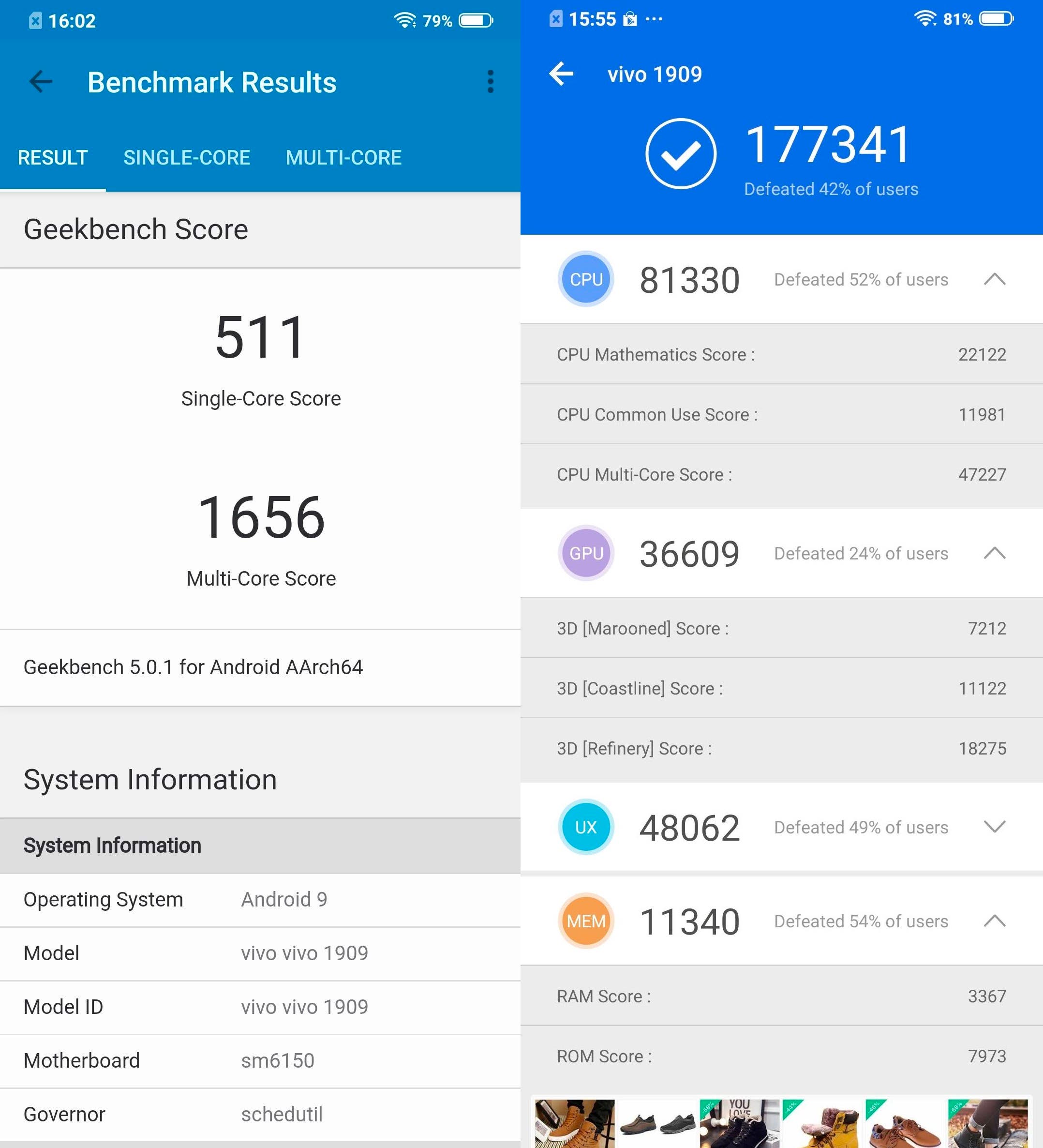 Talking about performance, gamers will enjoy the special Ultra Game Mode created by Vivo which brings a real game center to turn off messages and alerts, and provide a feature called “Voice Changer” to change your voice while gaming, among other things.

Multi-tasking is also flawless due to the 8GB of RAM, meanwhile internal storage caps at 128GB; sadly there’s no microSD slot as previously claimed by the media. 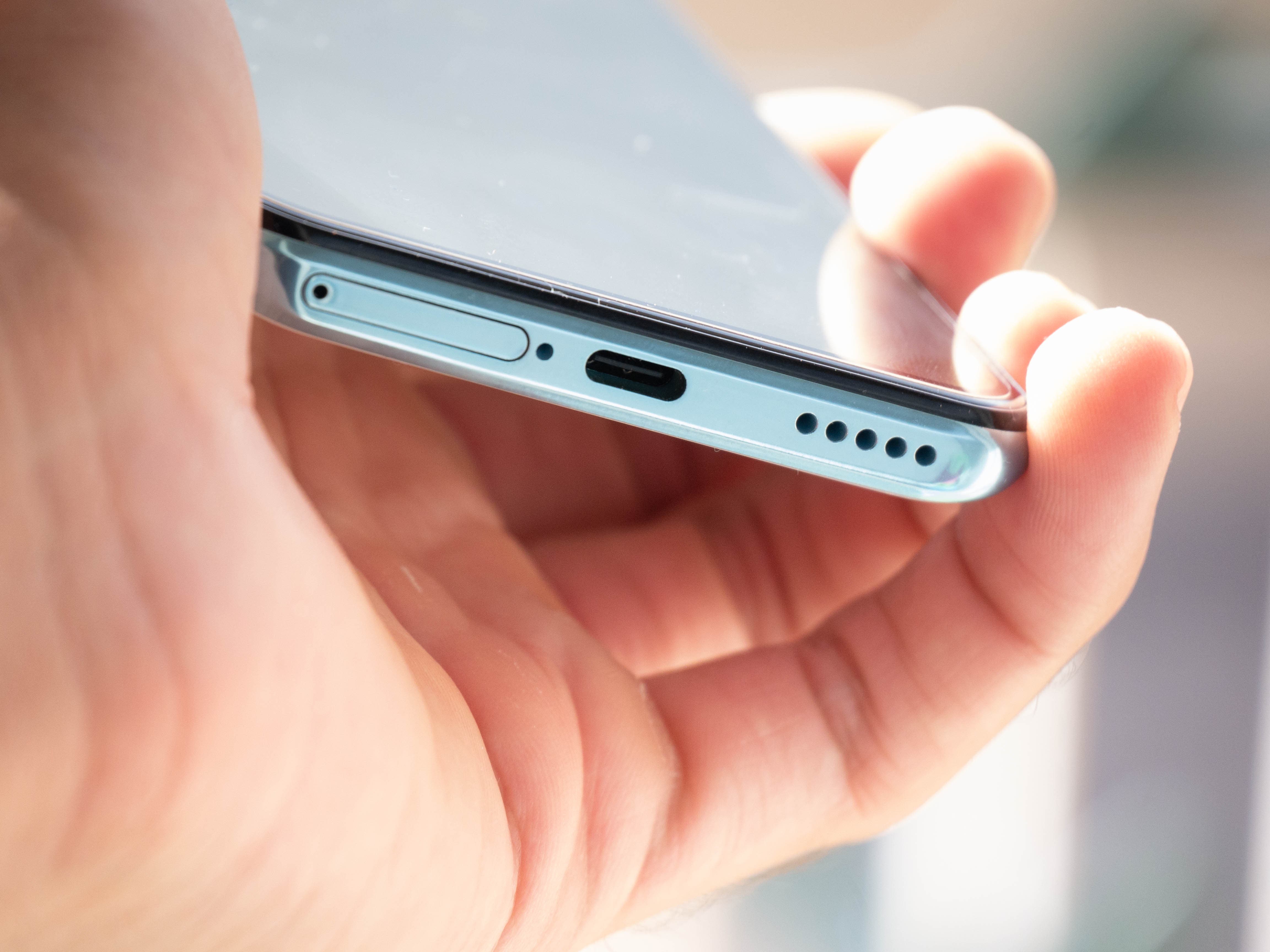 Other specs on the Vivo V17 Pro include an In-Display fingerprint scanner and USB Type-C port to charge the large 4100mAh capacity battery – a very nice upgrade over the microUSB port of the predecessor (the Vivo V15 Pro), with support for 18W Dual-Engine Fast Charging technology – and a 3.5mm audio jack. 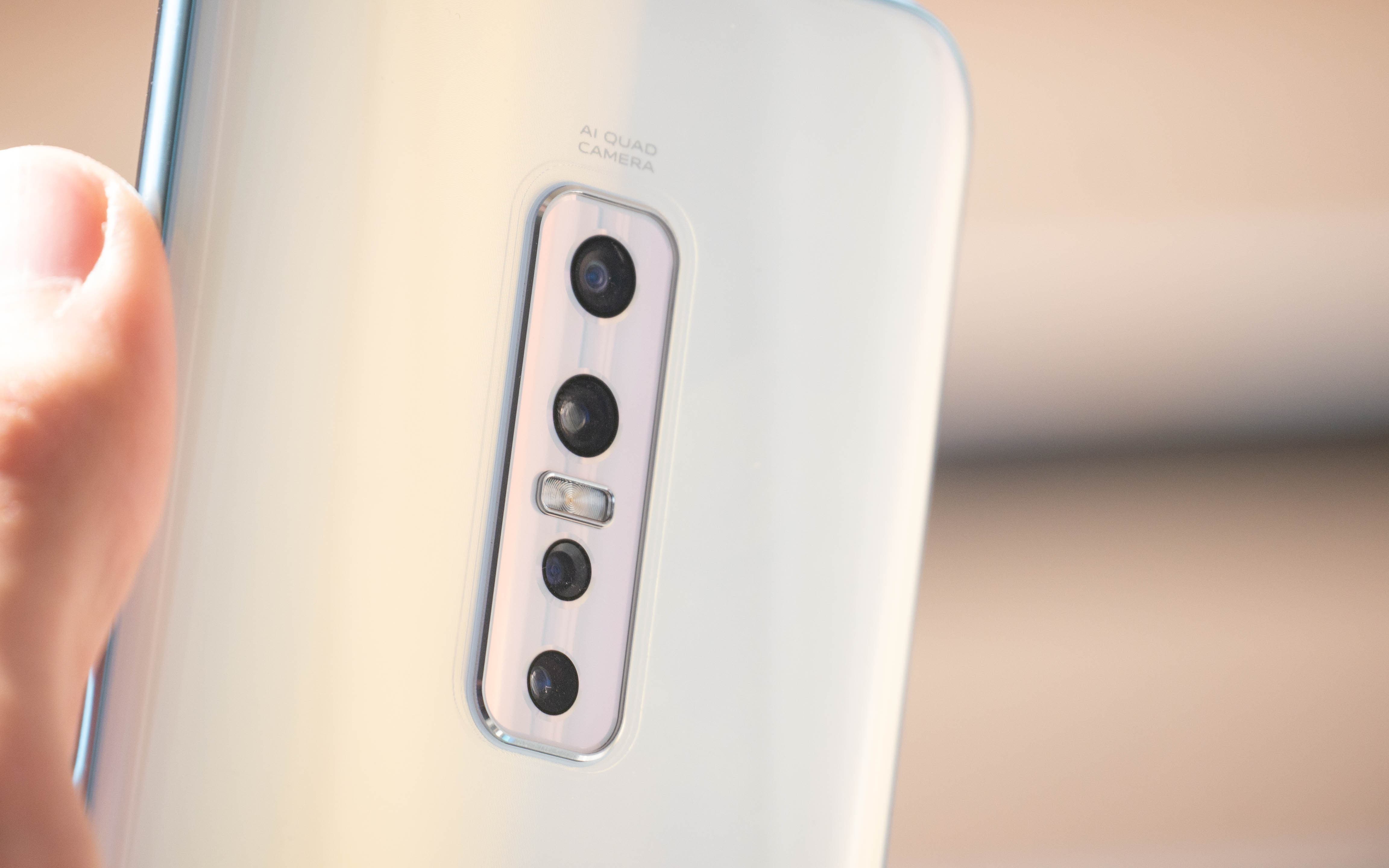 The Vivo V17 Pro features a total of six cameras, four on the back and two on the front.

Rear cameras include a main 48MP shooter with f/1.8 aperture, we then have a 13MP camera with 2x optical zoom, an 8MP ultra wide-angle & super macro camera and finally a 2MP res depth sensor.

That’s a lot of cameras but how do they perform? We have to say pretty well. Photos are very sharp as you’d expect from a 48MP sensor (which downscales to 12MP during ordinary use) and we did not find any weird glitches or bugs. As a matter of fact, Vivo’s camera software is probably one of the most refined we can find in the Android world.

Meanwhile at the front we have two cameras of 32MP and 8MP resolution with the secondary sporting an ultra wide-angle lens; giving you the opportunity to snap selfies with a bunch of friends or record vlog-style videos without having to stick your arm out too much.

Either way, here are some photos samples so that you can judge for yourself:

The V17 Pro features Vivo’s unique Funtouch OS 9.1 which is based on Android 9. The OS is a mixture of Android and iOS, as many are nowadays. This means we have a very simple user experience, no drawer and an iOS-like shortcut center. We did not find any particular problem with the OS though. Every app run smoothly and it’s nice to try something “different” from MIUI or stock Android for once.

There’s also a Dark Mode which the fans of all-black UI will love and that should also help with saving some battery given the presence of an AMOLED panel.

Finally, as far as battery life is concerned, we managed to get two days when used moderately. I.E. browsing the web, using socials and snapping some photos. If you are an heavy user you will instead get one full day of autonomy. 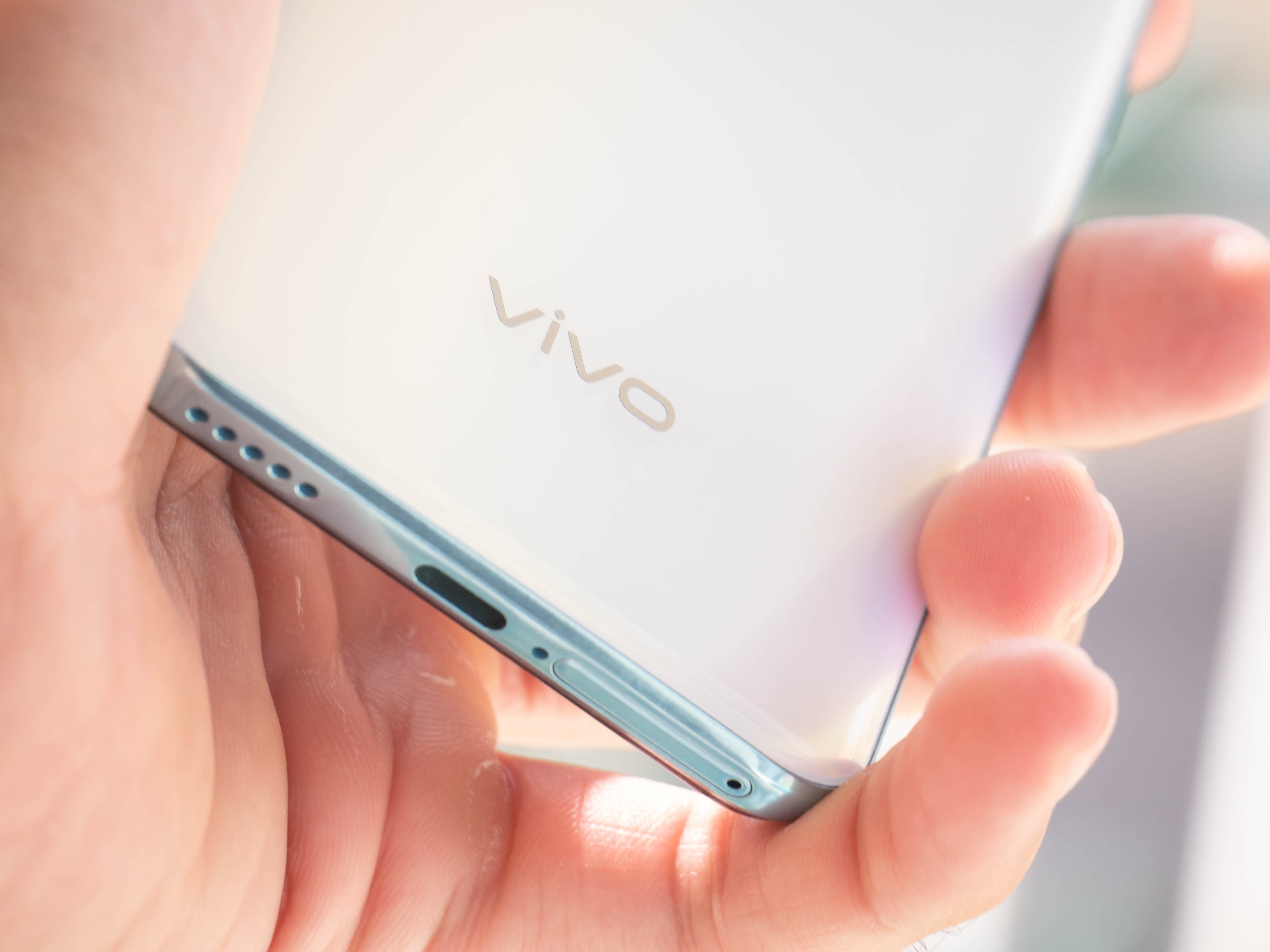 The Vivo V17 Pro is a very interesting phone due to its innovative and flagship-like design, but the internal specs leave it behind all the big names, also given the not too affordable price tag (it’s around $400). So who’s it for? Well, if you don’t necessarily care about getting the smartphone with the highest specs to price ratio, but you want a premium device that can take some high quality and very diverse photos thanks to the six cameras sensors (especially the two wide-angle ones), then the V17 Pro might be a good option for you.

You can learn more about the Vivo V17 Pro on the company’s official website.