A new patent filing tells us about the plans imagined by Huawei. Here, we can see a smartphone with three camera sensors that can move from the back to the front of the smartphone.

Huawei and its sub-brand Honor did little to fight against the integration of notches on its smartphones in 2019. However, some entry-level and mid-range models, such as the Huawei P Smart Z or the Honor 9X. They have integrated a motorized front sensor to overcome this problem. But it was not the general trend.

In 2020 however, the manufacturer could go a little further. The Let’s Go Digital site has indeed spotted the filing of a trademark patent with the Chinese authorities which was approved on December 17, 2019. 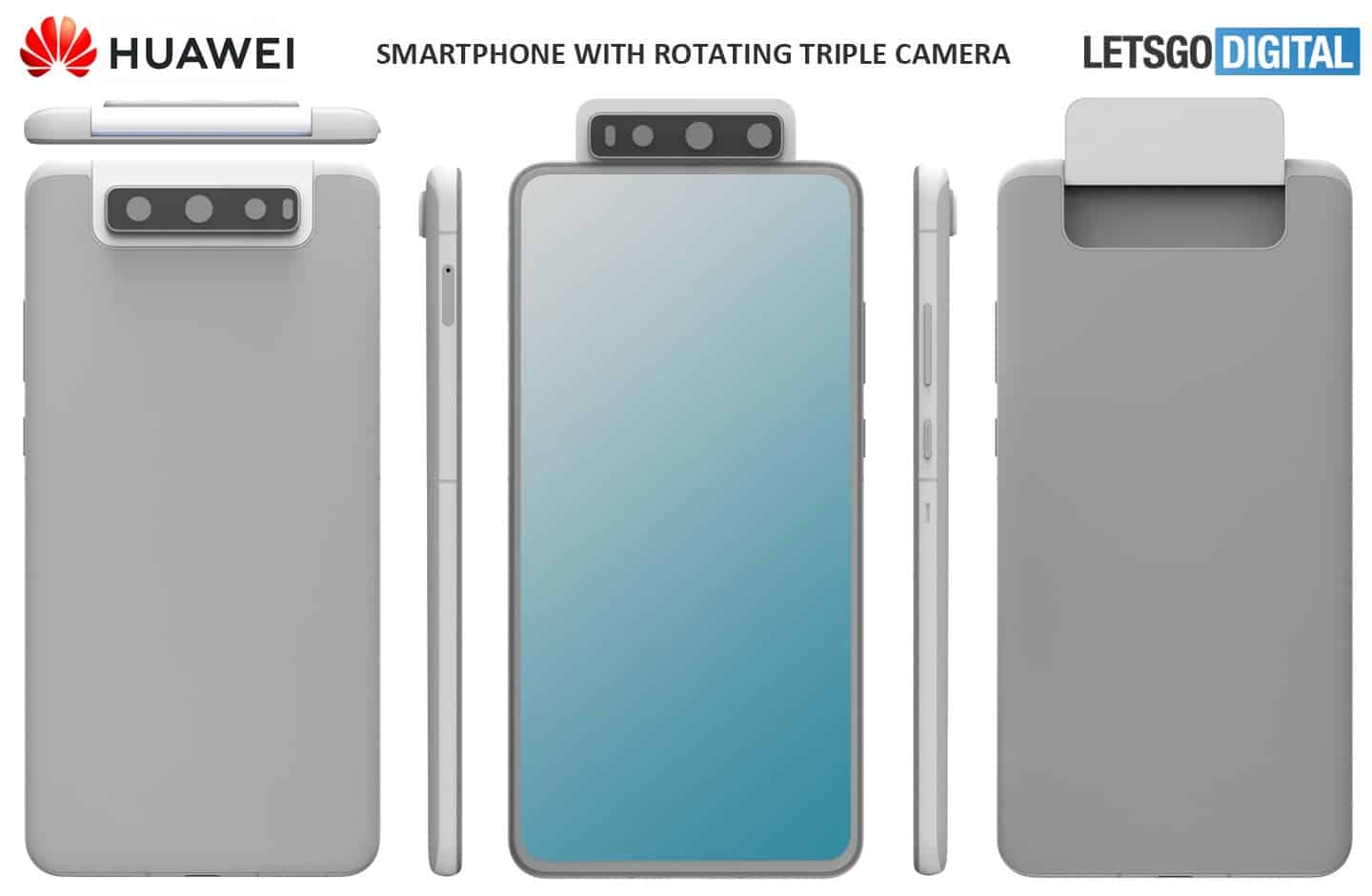 This patent describes a smartphone that is equipped with a configuration with three camera sensors. With a small twist of course, these are integrated into a rotating part of the phone. Which would most likely be motorized.

The concept is reminiscent of the Asus Zenfone 6 of 2019. The latter had rightly seduced us for its ability to offer shots with the same quality at the front as at the rear. Thanks to its motorized sensor. A fairly similar solution had also been adopted by Samsung with its Galaxy A80.

As always, however, this is only a patent that does not determine whether a smartphone will use a design like this or not. Huawei’s advantage is that this concept could be used by the brand as well as by Honor, which tends to take a little more risk than its parent company. It is however possible that this design is simply that of the new Huawei P Smart Z for 2020. But we will obviously have to wait to determine it. What do you think about this design? let us know in the comment box below.