The 2019 China Forum Annual Conference hosted by China News Agency was held in Beijing today. Wei Jianguo, vice chairman of the China International Economic Exchange Center, said that when talking about the reorganization of global production factors, only China can provide a large consumer market and a complete supply chain. 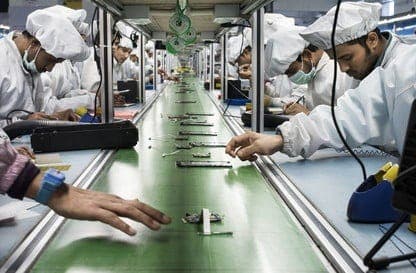 He gave an example: If Apple wants to set up its factory in the world’s largest consumer market and the perfect production chain, only China meets these conditions. And there are serious factors that have an impact on this: 1 billion + consumer market + complete production lines.

What Makes Apple Assemble Its Products Outside the US?

Wei Jianguo said, “Why did Cook say he was unwilling to accept Trump’s request to move back? (If he moved back), he couldn’t even make the screws. A smartphone has more than 100,000 parts. You can’t do it without a production chain.’ Wei Jianguo also added that the global reorganization of technology, human resources, resources, and market factors made it necessary for cross-companies to set up factories near the market. Also, the production should be near the research and development. This is the most effective way to observe market demand at any time.

Take the recent booming Apple AirPods Pro, for example. Apple is increasing the production of the new wireless headset ՛AirPods Pro՛. Next month, the monthly output of AirPods Pro will increase to 2 million pairs. This is twice the initial target. This headset is currently delivered from Chinese enterprises.