At a conference in China, Nvidia reacted to the arrival of PS5 and Xbox Series X in 2020. According to the manufacturer, its RTX graphics cards are already more powerful.

Nvidia has dominated the PC graphics card market for several years, at least when it comes to performance.

However, when we take the video game market in the broad sense, AMD comes back in force since it is its Radeon (and Jaguar / Ryzen) products that we find in PlayStation 4 and Xbox One, but also, the future 5 PlayStation and Xbox X Series.

If Nvidia succeeded in convincing Nintendo to use a Tegra chip in the Nintendo Switch, instead of the AMD chips used since the GameCube, the American manufacturer takes a dim view of the arrival of this new generation of console. Especially since the PlayStation 5 and Xbox Series X should be monsters of power.

Lenovo Y740 is more powerful than the PS5 and the Xbox Series X, says Nvidia

At a major conference at GTC China 2019, Nvidia boss Jensen Huang returned to all of the brand’s products, including its GeForce RTX graphics chips. 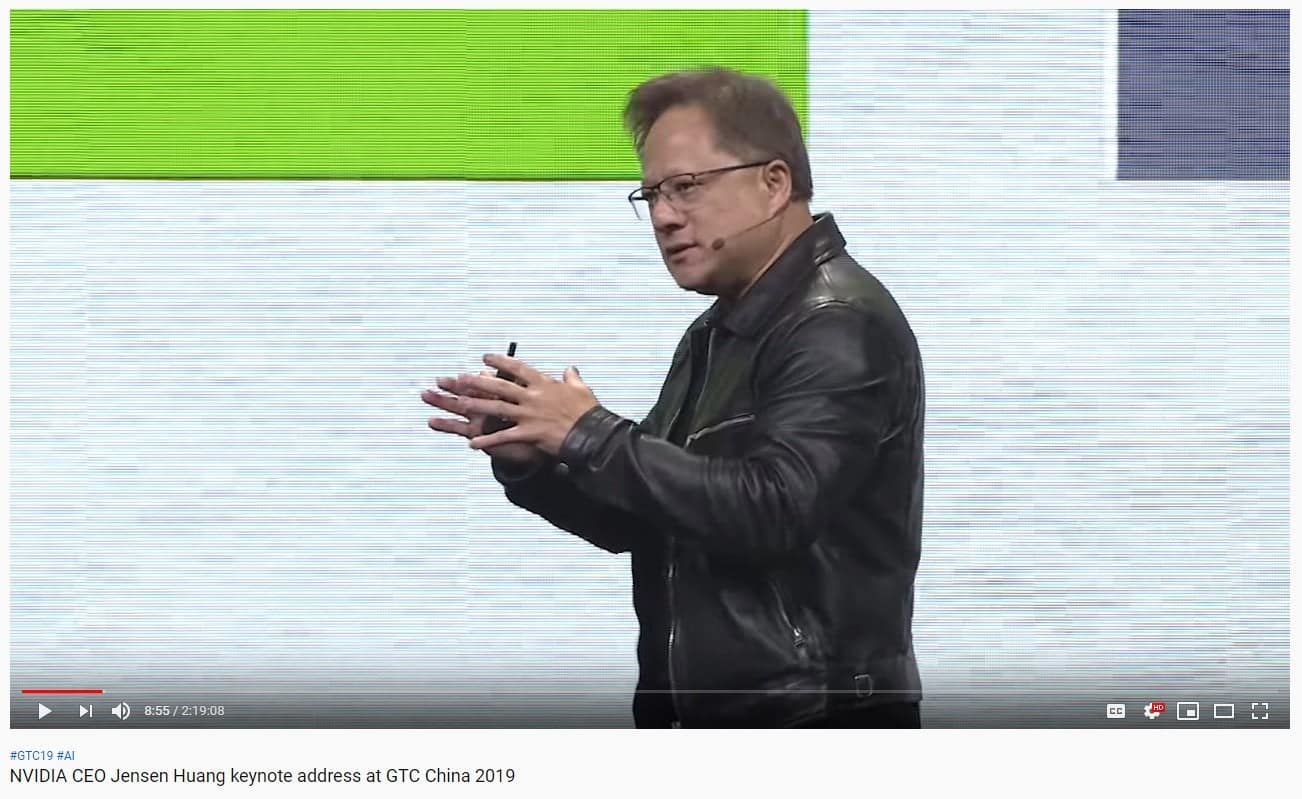 Those who have a keen eye can observe that during the presentation of graphics chips Nvidia promises that the Lenovo Y740 PC will be more efficient than the new generation consoles.

This PC will come with a GeForce RTX 2080 Max-Q graphics card. According to the technical characteristics of Nvidia, this chip offers theoretical performances of 12.89 TF (TéraFlops FP16).

This theoretical level is actually higher than what we expect from the Xbox Series X. Which would offer 12 TF according to rumors. Which correspond well to the double of the graphics performance promised by Microsoft compared to the Xbox One X at 6 TF.

On the other hand, these theoretical performances will certainly not be translated in the same way in practice. The games are generally better optimized when they are developed for a particular material. Rather than on PC and its infinity of variations.

Nevertheless, the performance of the RTX 2080 Max-Q is indeed impressive. Especially when you think of its integration into a laptop. Facing a console intended to be connected in a living room.