Two months before the official release of Samsung’s latest flagship, we already have a fair idea of what the camera setup of the Samsung Galaxy S11+ looks like. According to various reports, Samsung is planning a very extensive upgrade for the main camera for the next generation of Galaxy S smartphones. For a long time, it was not just the technology behind the camera lenses that were developed. The hardware designers from Samsung also had various tasks. The look of the rear is completely new, the placement of the camera will be different. The camera setup is now on the side edge from the center of the back. 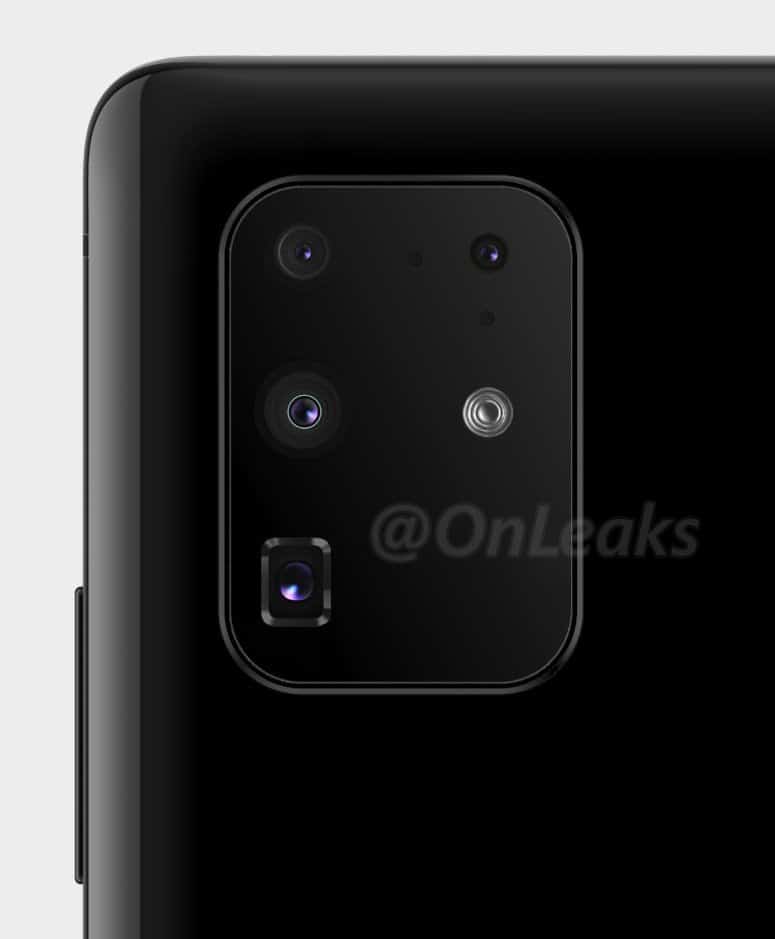 After the first image of the new Galaxy S11+ which lacked details, Onleaks now shows us the actual camera setup. Now the individual camera sensors are no longer a mess. Instead, three sensors are lined up on the left. On the right, there is a fourth camera and an LED flash.

“It appears the renders I shared one month ago were based upon a first stage prototype which had different rear camera layout. Here an updated render based upon the latest prototype I got and which depict what I assume is the final configuration…”

Samsung will use a 108MP main camera. There is also a zoom, ultra-wide-angle and a depth sensor (ToF). Everything has not yet been confirmed, but there are already numerous congruent reports on these innovations.

Previous Android 11 new feature exposed: videos to get an upgrade

Next Google Pixel 4a image and video appears online