Ninebot is another of Xiaomi’s ecological chain companies and has recently unveiled its first electric motorcycles in China. It includes a Segway X concept power bike. The commercial models that were unveiled included the C-series and E-series models. Segway-Ninebot wants to give a step further into the global scene. Therefore, it has now released an invitation poster for its stand at the CES 2020. There we expect to see the recently released bikes as well as their global debut. Segway-Ninebot’s event will hold from January 7 to 10. 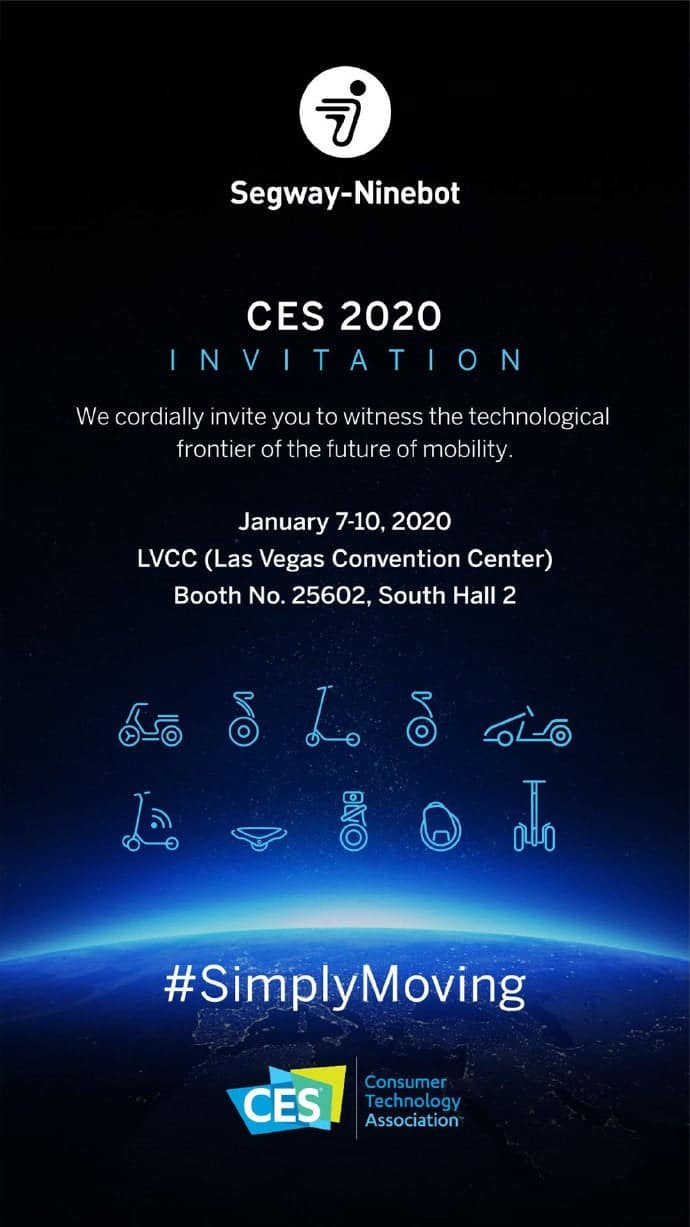 The poster gives us a good hint of the products that will on exhibition and they include the new Ninebot E-series and E-bikes, the Segway, as well as the GoKart kit. Moreover, the company should present its self-balancing scooter and several other products that are present in its Chinese portfolio.

Xiaomi has a substantial stake in Ninebot and was instrumental in aiding the company to acquire the American self-balancing scooter manufacturer, Segway, back in April 2015. Interestingly, some of the company’s products have been available for purchase outside China via third-party retailers. With the event of CES 2020, we may see the start of an official Global campaign.

We will be covering all the products and details from Segway-Ninebot as well as other companies during CES 2020. So stay tuned for the next week, when the first big technology event of 2020 will start.

Next Realme X2 Pro: could this be the ultimate flagship-killer of the year?