Xiaomi loves to make and break Guinness World Records every now and then. Recently, on December 21st, the Chinese company seized another record for the highest simultaneous unboxings (703) at the World Trade Center in New York. 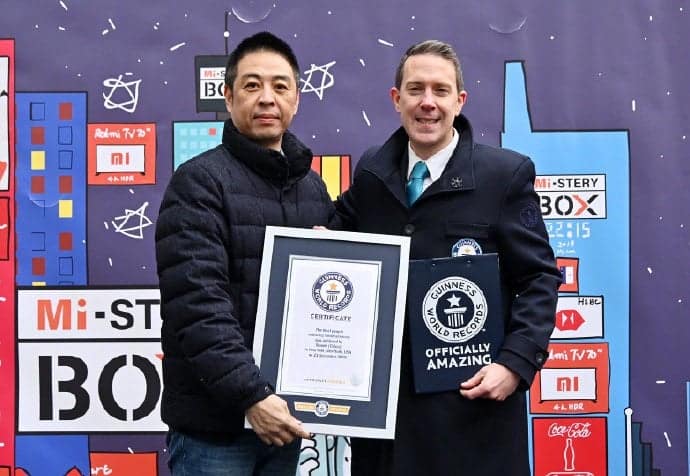 On 21st December, Xiaomi held an event named ‘Mi-stery Box’ at the World Trade Center in New York to set a Guinness World Record for simultaneous unboxing involving 703 individuals. Fortunately, they easily broke the previous record by 643 persons by Mercado Libre in Mexico on 28th September 2019. In that record, people unboxed commercially available commemorative pins which do not feel like fun as Xiaomi’s where each box contained variety of products (no smartphones) made by the company.

The record event by Xiaomi also happens to be the largest outdoor event held at the World Trade Center since it was rebuilt. This Guinness World Record is nothing more than publicity for the company. Although Xiaomi is present in the US selling products like Mi Box S, Mi Electric Scooters, Mi Power banks, Mi Laser Projector and such, the company is yet to launch any smartphone in the country.

It is not sure when Xiaomi will officially launch its smartphones in the US as the plans for it are being delayed for years.