Agree that we haven’t heard anything from Black Shark for a while. And this is quite strange because the Black Shark gaming smartphones have always been on the top of best-performing smartphones. Moreover, we are entering the 5G era. And it’s more oddly not to see a Black Shark 5G smartphone on the horizon. Seems this silence is already broken. Today, some sources reported a Black Shark smartphone with a 5G capability had recently been certified by the Ministry of Industry and Information Technology. The same sources guess that this is the Black Shark 3 5G version.

As early as December 20, a new model codenamed ‘Shark KLE-A0’ was certified by the Ministry of Industry and Information Technology. The source said that the model of this phone may be the Black Shark 3 5G. And it is expected to be officially launched in the near future. 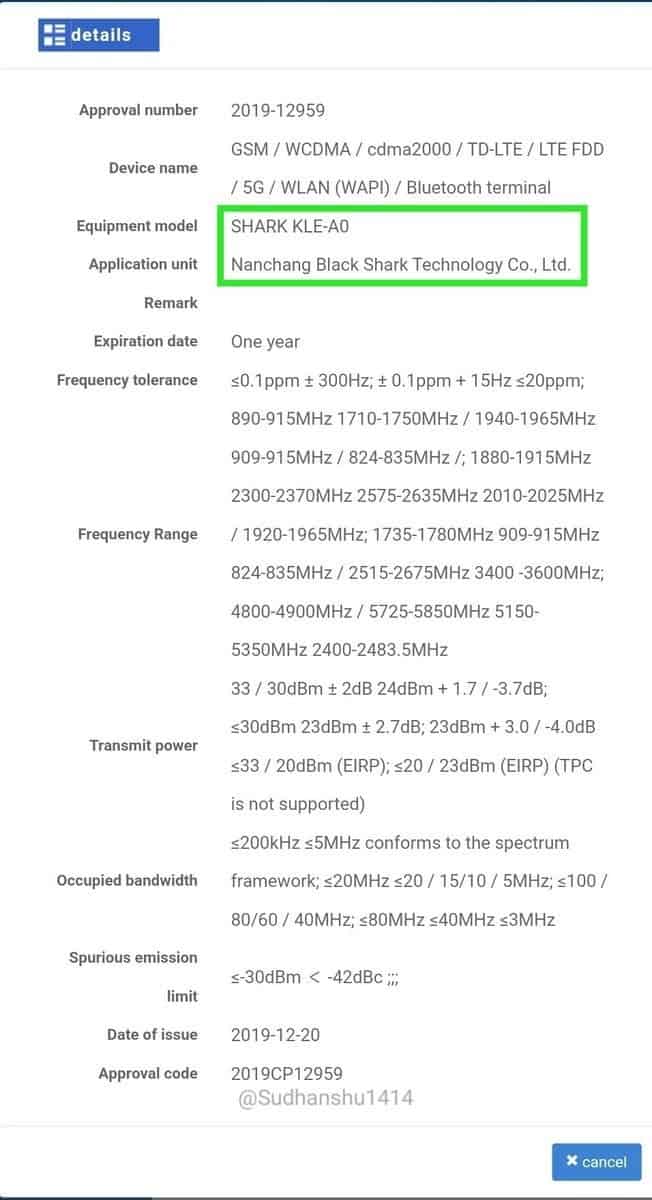 Earlier, Black Shark founder and CEO Wu Shimin said that Black Shark’s first 5G smartphone has already been prototyped and is currently in the commissioning stage. It will be officially released in the first half of next year. However, at the moment, there is no exact information concerning its appearance and configuration.

As you remember, the latest model of the Black Shark is the Black Shark 2 Pro gaming phone. It is equipped with the Qualcomm Snapdragon 855 Plus processor, and also comes with a built-in 4000mAh battery. By the way, the latter also supports 27W fast charge. Among the rest of the selling points, we can mention the UFS 3.0 storage and the screen supporting a 240Hz touch sampling rate. So the Black Shark 3 5G version is going to look way more attractive.