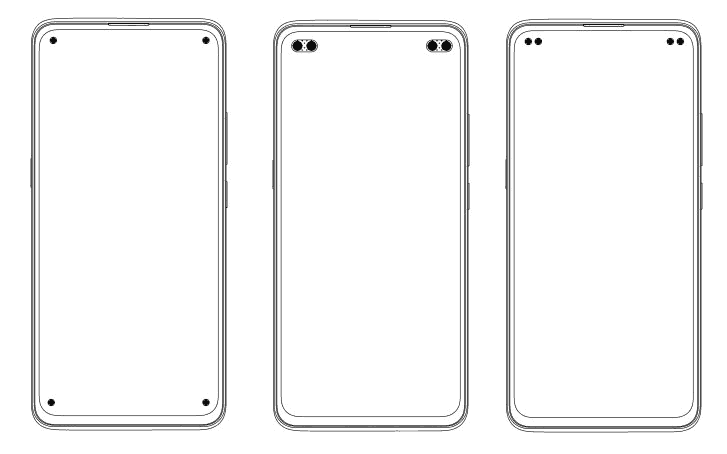 According to the patent, there are three different types of full screen designs, all featuring punch-hole cameras within the display. What’s different between the various types is the positioning of the sensors.

So, let’s start with the first, here we see four cameras spread around the four corners of the screen. A very odd design we somewhat doubt will ever hit the market. 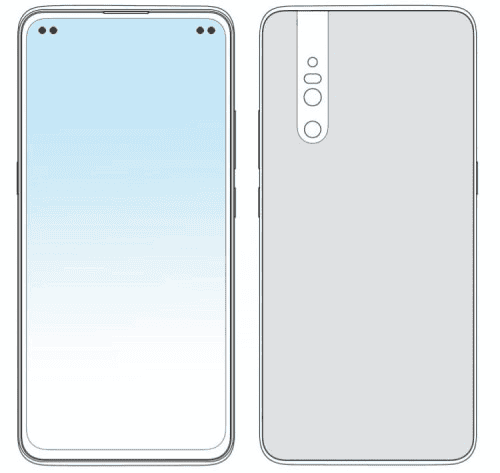 Next, we have another smartphone with four cameras divided in groups of two. Basically, a dual punch-hole design, as we’ve seen on the latest Huawei Nova 6 5G. But here the sensors are both on the upper left and upper right corners.

Finally, the third patent portrays a smartphone with a similar design to the latter. This time though, the cameras have some space between them, so it’s possible to see a portion of screen between the two sensors.

Now, while these are just patents and they do not imply the manufacturer is actually going to use any of them, on-screen cameras will be a trend in the smartphone industry in 2020. Thus Vivo probably decided to play safe and request the patents just in case more than two punch-hole cameras become a thing.

As a matter of fact, in the first smartphone era, we thought a single rear camera was enough, when we finally had two we thought we didn’t need any more. Now there are smartphone with insane penta camera setups. So, it probably won’t be long before having “only” two rear cameras is considered obsolete.

What do you guys think? Will two front cameras always be more than enough? Let us now in the comments section below!