Since the beginning of computing and technology, keyboards have been physical accessories that connect to different devices. With the arrival of touch screens, keyboards had to adapt to new technologies. These virtual keyboards that were included in our phones are now very normal and everyone is used to them. Today we are talking about virtual keyboards. A new concept that Samsung has in mind and that will be presented at the CES in Las Vegas. For this event, there are only a few days left, as it starts as soon as the year begins.

Do you like the idea of ​​a holographic keyboard that is projected on a surface? This is the initial idea of ​​the virtual keyboard that Samsung has in mind and is developing. It is not a completely new concept, because in the market there are options that can be used for any device with Bluetooth. Now it would be integrated into Android mobiles.

The project is created by a division of Samsung that experiments with different technologies. The idea is based on holographic keyboards, but without the need for specific hardware for smartphones. 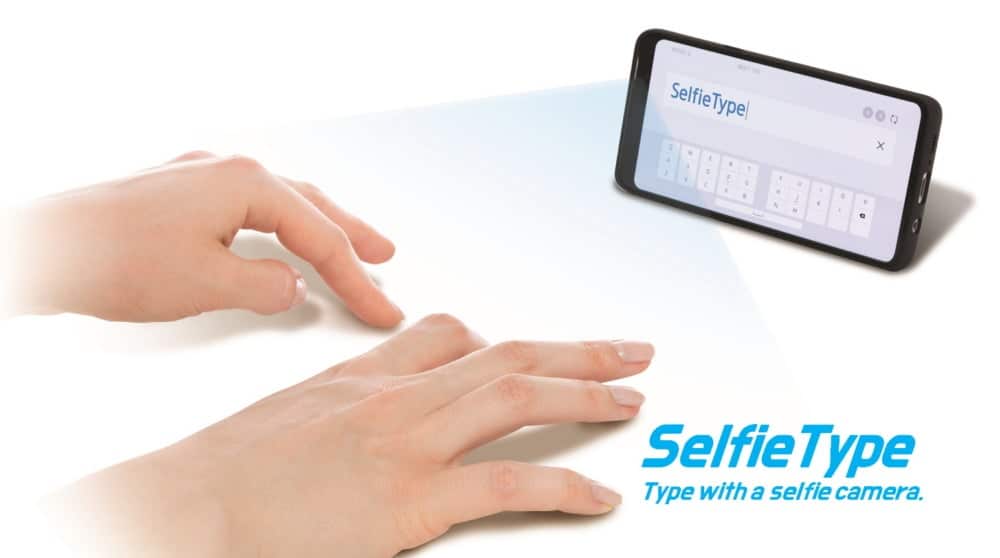 Everything would work thanks to the front camera of your smartphone. It would be able to capture the movements of your fingers to know what part of the table you are pressing. After this and after a few million binary operations we would have a virtual holographic keyboard on any Android.

It would be easy to use option, activate the keyboard mode and start typing on the table or the flat surface on which the device is. The problem with all this is knowing where it is being pressed, because this type of holographic keyboards have a laser projector so that a silhouette of the keyboard is projected on the table.

Although the project is from Samsung. It is designed in such a way that any Android device with a selfie camera can use this keyboard. We will have to see how Samsung presents this technology and what it intends to do with it in the coming months.