The South Korean company LG files a patent for a foldable display case made of an OLED screen. Making it possible to transform the basic screen of an LG phone into a large screen.

Here is the strategy that LG has found to compete with the new foldable smartphones, such as the Galaxy Fold or the Motorola Razr, whose release is announced for the beginning of 2020. These innovative smartphones have the characteristic of being expensive and also very fragile. For example, the foldable screen of the Galaxy Fold, during the first user tests indeed took two days before breaking and completely blackening.

In response to the rise of foldable smartphones, LG had already made a bold proposal: a case compatible with the brand’s high-end phones, the LG V50 and the LG G8x. This case, the LG dual screen, is simply a flip case with its own screen. It does not work independently, but by connecting with an LG smartphone. Thus, when the case is open it becomes possible to take advantage of a double screen. This allows you to access new features, perform multiple tasks and play certain games. 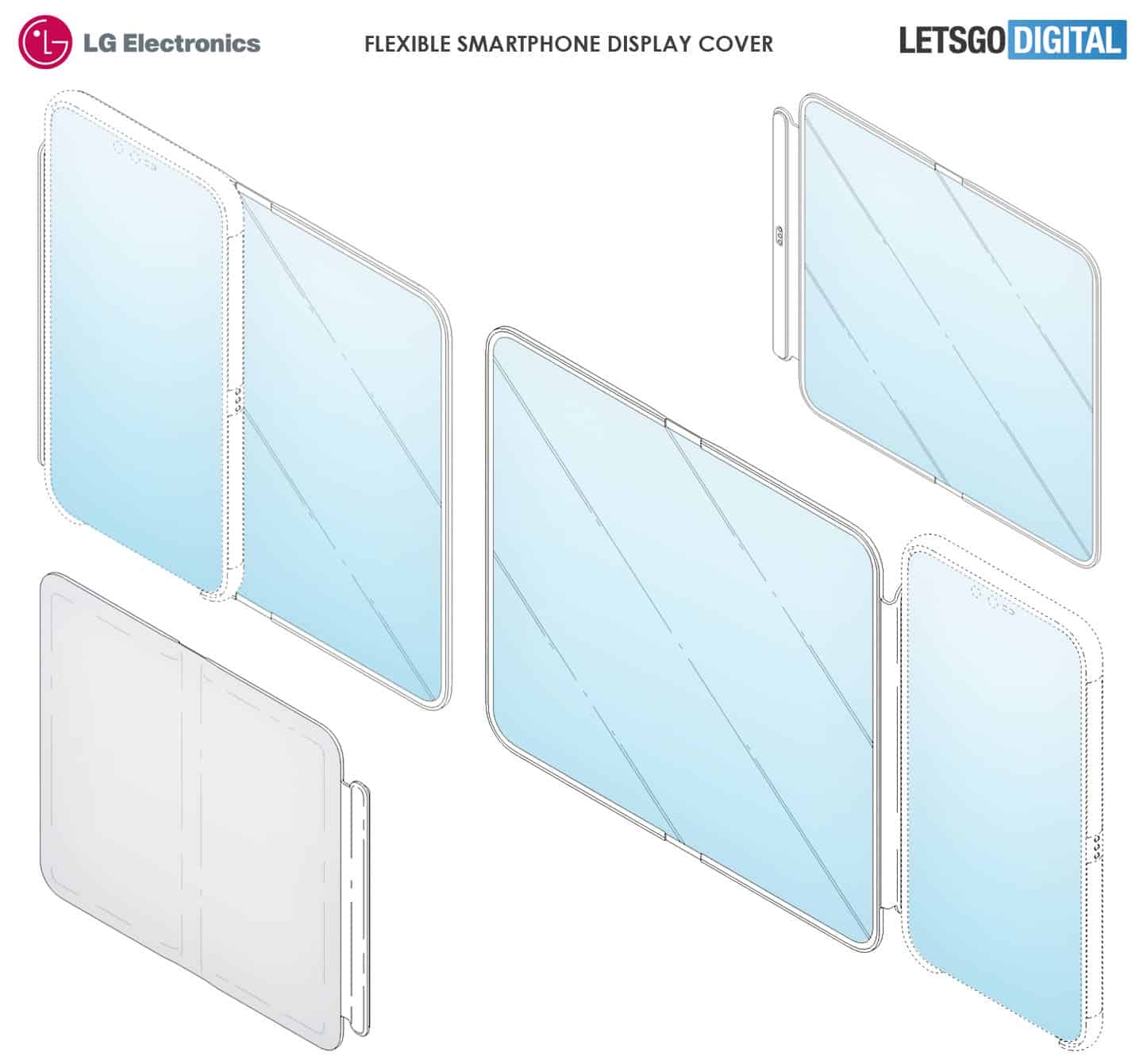 LG foldable display case: Entirely made of OLED screen and free of plastic

According to Letsgodigital, The novelty with this patent is that LG wants to offer its users a case entirely composed of OLED screen. The entire case will surround the phone to become one with the device. When opening, we will have access to a large screen, connected to the LG phone.

Different configurations will be possible, to allow consumers to take advantage of all the features that a dual-screen or a large screen can offer. At this time, we do not know if this patent will be used by LG in the coming years. We are following this information closely. What do you think about this patent? write to us your opinion in the comment box below.