As the 9to5Mac advances, Apple has filed a rather curious sound patent. According to the information, the patent will have applications for the speakers of Macbook and headset, giving capabilities for immersive sound.

Essentially, Apple wants to enable devices that play sound in different parts of the room that the user can be at. All this without having physically placing speakers in the space in question, only with virtual sound engineering.

Apple has been granted a patent for AR headphones, which enable you to hear where people are located within a room even when they are not physically present.

The patent positions AR headphones as a business tool, ideal for listening to conference calls, but it’s not hard to imagine entertainment uses for the same tech.

Apple may be able to do this through a virtual acoustic system using something called crosswalk canceling. This method mixes the upcoming left and right channel sound waves to simulate sounds. the company had patented something similar for headsets last month. 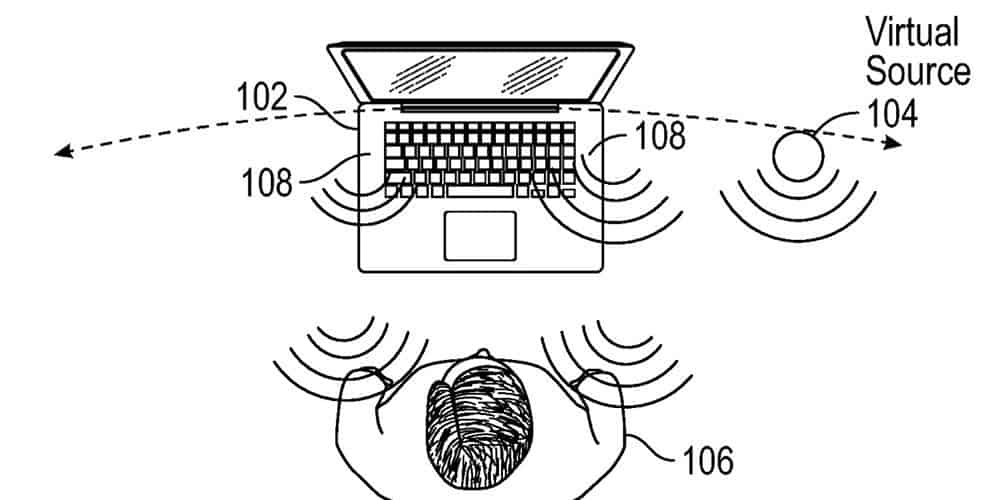 However, the latest patent shows a system designed to be included in Macbook notebook speakers. On an accessory level, Apple may implement such a system in future Beats-branded AirPods. Or the headsets, also owned by Cupertino’s company.

Apple Virtual Speakers: The possibilities are various with such a system

Recently, through Apple’s Taiwanese suppliers, it was reported that the company may be considering manufacturing a gaming Macbook. If Apple combines both technologies, we would be talking about a laptop with above-average sound capabilities.

This type of computer system would provide a very immersive gaming experience. In addition to games, multimedia consumption, especially sports games, will also be boosted with this speaker system. The question is whether Apple will one day implement the technology or simply stay in the drawer.

Next Huawei: "Survival" will be the company's priority in 2020