On September 24 last year, Xiaomi officially released the Xiaomi Mi MIX Alpha 5G concept phone at the Xiaomi Science and Technology Park in Beijing headquarters. This phone comes with a 180.6% screen ratio as well as a 108MP camera. The official launch price is 19,999 yuan ($2872) which makes it the most expensive Xiaomi phone ever. There were expectations that potential buyers will lay their hands on this device by December 2019. However, no one has this device yet. 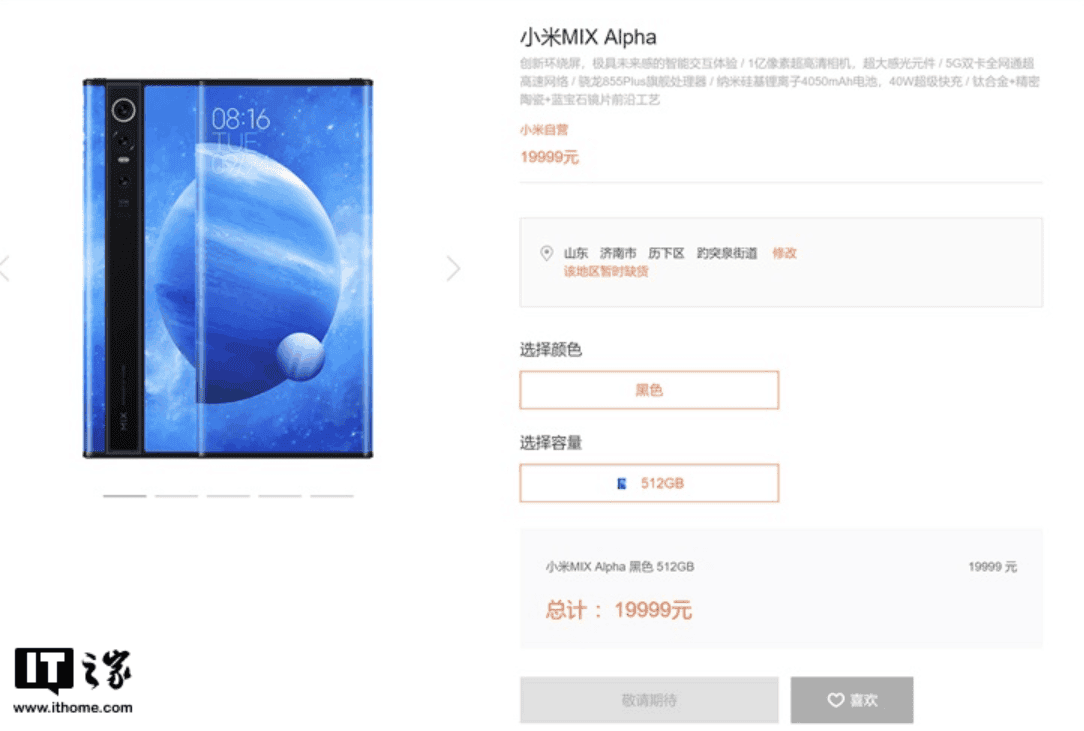 Although the Xiaomi Mi MIX Alpha has been listed on Xiaomi Mall and Xiaomi’s official flagship store, it is still unavailable. On Tmall, this phone has a landing page with an unbelievable 999,999 yuan ($143,611) price tag. However, there is no shipment information. Thus even if a buyer is crazy-enough to spend that amount on a phone, Tmall can not ship the device, at least for now.

According to ITHome, Xiaomi customer service said that there is currently no relevant notification on this device. Thus, it is pertinent to ask “Will Xiaomi Mi MIX Alpha ever hit the market?”. While the hopes are slim, this device has never been one for the open market. It is a concept phone and if it must hit the market, it will be very exclusive. 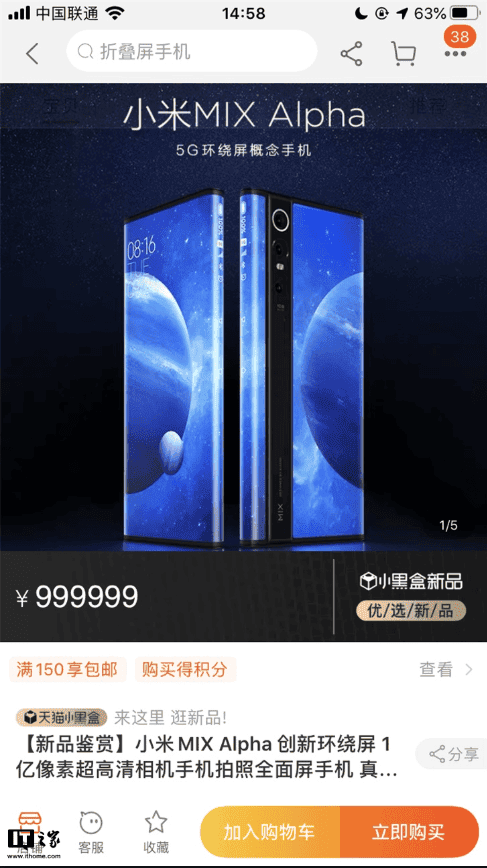 The Xiaomi Mi MIX Alpha 5G concept phone uses a surround screen design. It, therefore, eliminates the phone front camera and side buttons. Only 2.15 mm space is on the chin and forehead; its side can display battery power, and system information. The antennas on both sides are driven by dual display chips, both support pressure sensitivity and built-in side linear motors. In addition, it uses a flexible on-screen fingerprint sensor an ultrasonic distance sensor.