A couple days back, Chinese phone maker – Nubia – announced the company will be launching a new Red Magic 5G very soon; powered by the latest and most powerful Qualcomm Snapdragon 865. 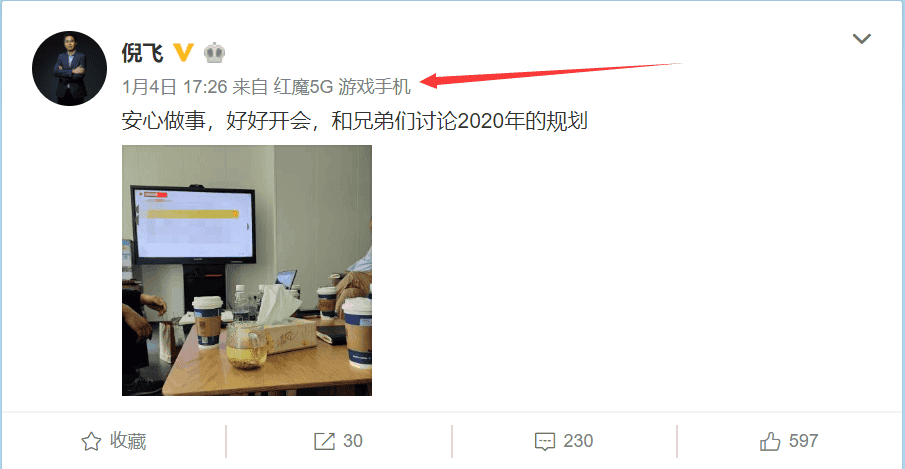 Today, Nubia’s president – Ni Fei – shared a photo on Chinese social Weibo that “accidentally” gave away one of the features we’ll be finding on the upcoming gaming phone. In the upper right corner we can indeed see a signature saying “Triple Camera”. This signature basically confirms the Nubia Red Magic 5G will be packing a total of three cameras on the back.

Now, while this wouldn’t be big news on any other device, as you all know the Red Magic series is Nubia’s gaming phone lineup. Up until now, we haven’t seen many gaming phones with three rear cameras; as a matter of fact, there are none.

Nubia’s own predecessor, the Red Magic Mars, only has a single rear camera. So, the next Red Magic 5G is getting a quite hefty upgrade, at least on the photography side. Hopefully though, Nubia will invest as much in camera software, given how poor image quality usually is in photos shot on dedicated gaming devices.

As far as the rest of the hardware is concerned, the Nubia Red Magic 5G will be packing the latest Qualcomm Snapdragon 865 flagship CPU; which supports SA and NSA dual-mode 5G. Making it the first dual-mode 5G gaming phone. The Snapdragon 865 is also on a 7nm process and uses the Cortex A77 architecture, for a graphics performance boost of about 25% over the previous generation. Additionally, Qualcomm said that it will introduce more desktop-like features for mobile games as well; thus we can expect gaming phones to bring even more features for the price.