The new Apple patent describes the various ways in which the iPhone can use cellular signals, Wi-Fi and even other nearby devices to send emergency distress beacons. There are several ways the battery lasts until the rescue arrives.

Existing iPhone can alert authorities on command,. But Apple hopes to design a new way to help users in areas with unstable smartphone signals. A new emergency power-saving mode (EPSM) will be able to broadcast distress signals in a number of different ways, while minimizing power consumption to maintain normal equipment operation until the rescue arrives. 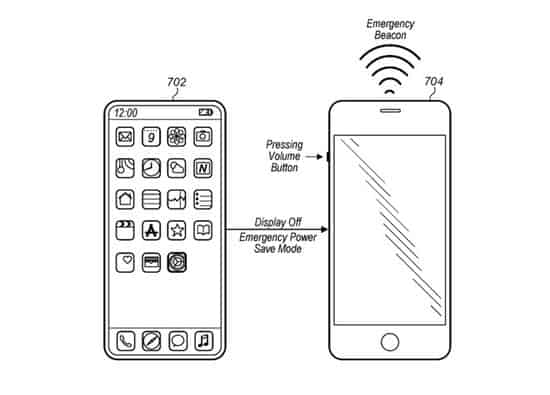 ‘Mobile electronic devices may take the form of smart phones or tablets that a user typically carries,’ begins Apple in US Patent No 20200015169, ‘Enhanced Emergency Beacon Sending Procedure’.

Apple wants its program to be as universal as possible. The company hopes that the program can be applied to various devices. Among them, it mentions portable PlayStation, smart glasses and Android phones. In the document, Apple refers to these devices collectively as ‘User Equipment’ (UE).

According to the Apple patent description, there are roughly two elements in the program, the first being energy saving. Users can choose to turn on the emergency energy saving mode manually. Plus, they can pre-select the emergency energy saving mode when the battery level is lower than a certain level. So the device continuously broadcasts the beacon for help. The second part is how to broadcast emergency signals. This includes trying to find and use nearby cellular services or local Wi-Fi networks.