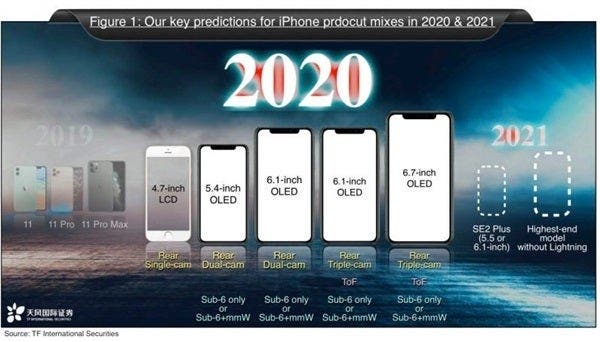 Apple’s 5G version of the iPhone will have Sub-6GHz and Sub-6GHz+ versions. For mmWave models, the current development of the Sub-6GHz+ mmWave iPhone is in progress. This smartphone will probably ship at the end of Q3 2020 or the beginning of Q4 2020.

In other reports, Apple will be fighting a case that involves another American company. According to recent media reports, Apple was accused of stealing trade secrets by an American technology company, Masimo. The company also accused the Cupertino-based company of improperly using health monitoring patents on its Watch.

Masimo and it’s subsidiary of  files a lawsuit against Apple

Cercacor, a subsidiary of Masimo also filed a lawsuit in federal court, claiming that the Cupertino company obtains confidential information on the grounds of establishing a working relationship and hired Masimo employees. Masimo, which develops signal processing technology for medical monitoring equipment, claims in a lawsuit that Apple infringes 10 of its patents.

Masimo and Cercacor said that their non-intrusive detection technology is key to Apple’s resolution of Apple Watch performance issues. These methods include the use of light transmitters and detectors to measure blood oxygen levels and heart rate.

According to the indictment at the federal court in Santa Ana, California, the American company contacted Masimo in 2013 and asked for potential cooperation with it. Apple says it wants to “learn more about Masimo’s technology and integrate it into Apple’s products.”